The renewable energy sector attracted significant interest from domestic and foreign players last year. With supportive government policies and improved cost economics, the sector is expected to continue on its growth path. Leading consultants discuss the highs and lows of the sector during the past year, the key challenges and the future outlook…

How would you rate the performance of the renewable energy sector in 2016 vis-à-vis the overall power scenario? 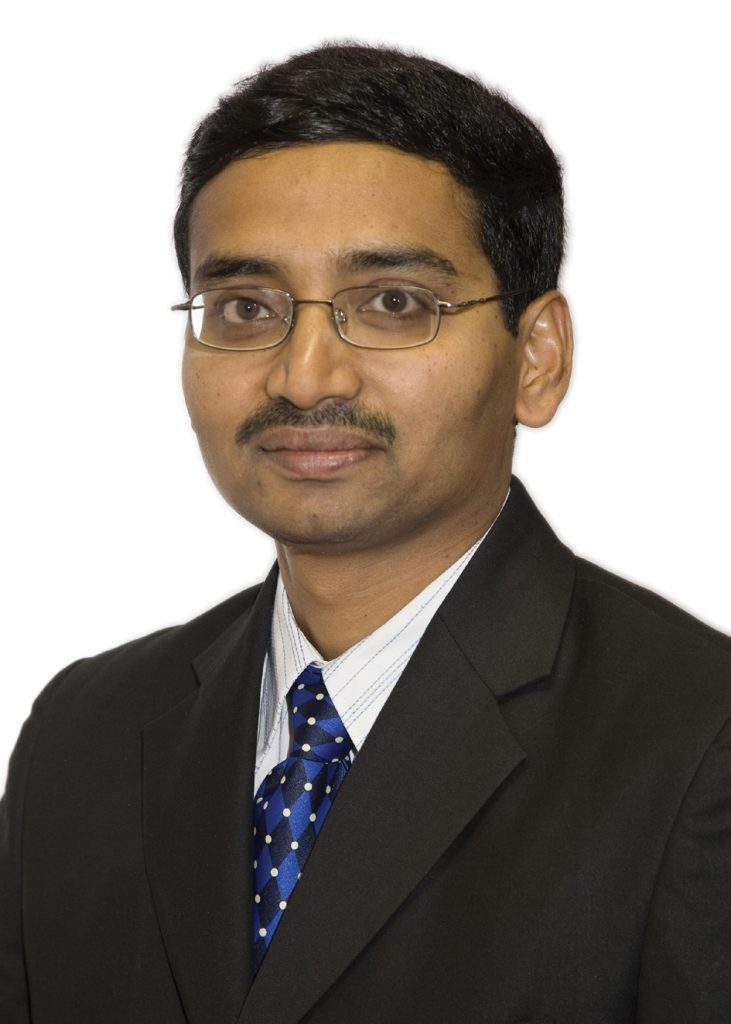 Renewable energy has seen significant growth over the past two years. Around 6.9 GW of capacity was installed during 2015-16. In 2016-17, about 3.1 GW of capacity has already been installed,  which accounts for 59 per cent of the total power capacity addition in the country. 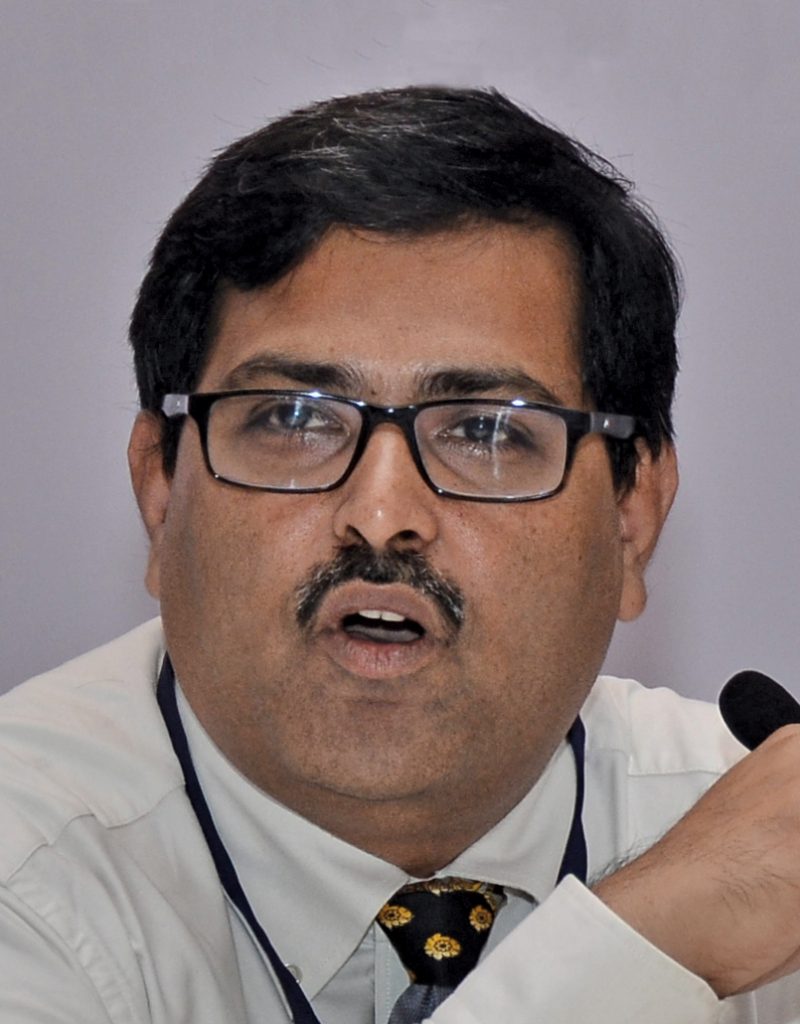 The renewable energy sector’s performance over the past year has been encouraging. In the beginning of 2016, the government declared the revised National Tariff Policy, 2016, which laid out several provisions for the growth of the sector, such as the continuation of the renewable purchase obligation (RPO) trajectory for obligated entities and an enabling framework for interstate wheeling of renewable power. In addition, the need to promote waste-to-energy power plants was also highlighted. Apart from the development of the utility-scale solar power segment, the industry is also focusing on the development and deployment of decentralised rooftop photovoltaic (PV) installations. 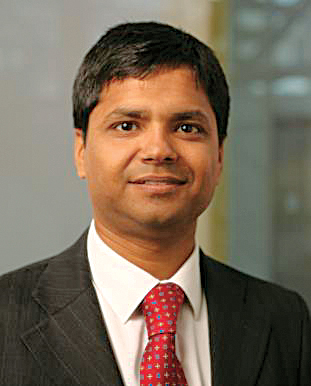 The year has been extremely positive, particularly for the renewable energy sector. The solar segment has been growing strongly, at more than 100 per cent per annum, aided by favourable government policies, a sharp reduction in costs, and environmental benefits. Other segments including wind, small hydro and biomass have also been growing at a steady pace. The sector is maturing with the successful closure of secondary transactions, notably, the Tata Power-Welspun and Greenko-SunEdison deals, and the launch of debt capital market offerings by many players.

What have been the key highs and lows in the renewable energy sector during the past year?

The key highs were as follows:

The key lows were as follows:

While there has been a lot of positive sentiment about renewable energy, the projects are not being developed at the desired pace. The Ministry of New and Renewable Energy (MNRE) had planned about 16.6 GW of capacity addition for 2016-17. However, only 3.2 GW has been added as of September 2016 (less than 25 per cent of the target). Of late, the focus has been more on solar. Other segments like wind, biomass and small hydro are not getting adequate attention. The MNRE’s recently announced guidelines and initiatives taken by the SECI for developing 1,000 MW of wind power projects through a transparent competitive bidding process have generated significant enthusiasm among wind industry players. However, several operational challenges need to be addressed to ensure its implementation.

On the demand front, offtake of renewable power and delays in payments by discoms have always been a cause of concern for developers in many states. However, discom participation in the Ujwal Discom Assurance Yojana (UDAY) scheme is expected to have a positive impact. Meanwhile, the lack of compliance with and non-enforcement of RPO targets by the SERCs will continue to affect the pace of renewable power offtake.

There have been many highs such as the adoption of UDAY  by 17 states, resulting in a substantial improvement in the financial status of discoms, and the entry of many new players in the sector like CLP, Ostro Energy, and IBC Solar. We saw the first ever-IPO in the US by an Indian renewable energy player – Azure Power. In addition, the solar rooftop market has expanded rapidly. With the government giving attractive subsidies to some consumer groups and new rooftop solar-specific concessional debt funding schemes becoming operational, we expect this sector to grow faster than utility-scale solar in the coming years.

The lows include increasing instances of grid curtailment, payment delays by many discoms (though we expect this situation to improve significantly by next year), the failure of state regulators to enforce RPOs, delays by states in signing PPAs despite completing the tender processes.

Which states performed better in terms of growth and achievements, and which states lagged behind?

Many states such as Andhra Pradesh, Telangana, Madhya Pradesh, Karnataka and Rajasthan have proved to be attractive destinations for renewable energy investors over the past year, owing to their favourable policies for land acquisition, etc., ease of doing business, untapped potential sites and availability of evacuation infrastructure. In the past, states like Gujarat, Maharashtra and Tamil Nadu have performed well. However, renewable energy development in these states has slowed down on account of various reasons like transmission constraints, concerns regarding limited avenues for offtake, delays in timely payments and other regulatory concerns.

The southern states have been in the lead in terms of both installed capacity (Tamil Nadu) and pipeline capacity (Andhra Pradesh, Telangana and Karnataka). These four states alone account for nearly 50 per cent of the total installed and pipeline solar capacity in the country. Jharkhand came out with a large tender of 1,200 MW but failed to sign PPAs despite completing the auction process. The laggards are the big power consuming states such as Maharashtra, Gujarat and Uttar Pradesh, all for different reasons.

What are the key constraints impeding sector growth? What steps are needed to address these issues?

The key constraints and solutions are:

The key factors that could affect the sector’s future growth are the development of adequate evacuation and transmission infrastructure; the availability of flexible resources and capacities of system operators to manage variable renewable energy generation; and the effective implementation of RPO targets. The government has planned green energy corridors to address the transmission issue. It is now imperative that these plans are put into action and the on-ground developments reflect the enthusiasm in the sector. Going forward, strengthening RPO compliance and ensuring effective grid integration should be the government’s two focus areas.

In our view, the biggest constraint for the sector is the limited capacity of the transmission grid to evacuate the increasing share of infirm power. Grid-related problems are already being witnessed in states with a large share of renewables, mainly the southern states and Rajasthan, and these are bound to escalate in the coming years. The government has launched initiatives such as green energy corridors, the storage mission and the smart grid mission to tackle this issue. However, it takes much longer to implement these programmes as compared to building more renewable capacity.

What is the outlook for the sector? How do you see the sector evolving in the coming years in terms of its contribution to the overall energy mix?

Assuming an overall growth of 6 per cent per annum between 2015 and 2030, the peak demand is expected to be around 350 GW by 2030 and the energy requirement around 2,500 billion units (or about 2.5 times the 2015-16 levels). Serving this demand through a combination of non-fossil fuels (40 per cent) and fossil fuels (60 per cent), the overall capacity will have to be around 800 GW, a significant increase over the current levels. The disproportionate capacity expansion requirement is on account of the lower capacity factors of renewable energy sources, which will constitute the bulk of non-fossil fuel resources.

By 2030, when, under a 40 per cent non-fossil fuel scenario, the installed renewable energy capacity will be close to the peak demand in the system, there will be days when the actual renewable energy generation would be more than the overall requirement. In such situations, the system would need to have the capability to absorb the excess generation (storage devices), transfer the excess from a renewable energy-surplus region to a deficit region (through the transmission grid), and cycle the fossil fuel-based capacity. The prognosis thus is not for one response strategy or capability but a number of strategies acting in unison. There are many unknowns in the system pertaining to demand evolution, supply costs and, above all, the capabilities and costs of storage devices. It is impossible to predict the combination required and corresponding costs with precision. A better response strategy would be to plan for shorter durations, say 10 years instead of 20 or 30 years, but revise the plans more frequently, say every two years.

Despite the challenges, the outlook for the sector is very positive. Concerns regarding energy security, climate change and the falling prices of renewable energy indicate significant growth prospects in the market. While the government has taken a number of steps to promote the sector, the emphasis now has to be on project development on the ground. The government is also focusing on supply-side intervention. The industry, too, has committed its resources towards enhancing the supply side. But the sector’s growth cannot just be supply-push; there has to be enough of a demand pull for the market to succeed. The discoms and power offtakers, and consumers will have to be encouraged to purchase the power generated from renewable sources.

The outlook for the sector is very positive as the fundamental drivers for renewable power remain very compelling. These are the growing power demand, and the need to reduce carbon emissions and improve energy security. Falling costs for both solar and wind are also extremely helpful in this regard. Over the next five years, we will see new renewable capacity of over 60 GW, a cumulative capacity growth of almost 150 per cent over the current capacity. In contrast, the aggregate power sector capacity is expected to go up by 50 per cent during this period. n

(The views expressed by Ajit Pandit are his personal views and do not necessarily represent those of his organisation.)