India, along with the rest of the world, is rapidly moving towards renewable en­ergy integration. Owing to India’s ambitious 2030 targets, enabling the integration of renewables on a large scale would require grid stability, which implies a significant rise in stationary energy storage demand. Moreover, India’s electric mobility sector is emerging as a primary driver of battery storage demand in the country. According to NITI Aayog, the annual market for stationary and mobile batteries in In­dia could range between $6 billion and $15 billion by 2030, with almost $12 billion fr­om cells and $3 billion from pack ass­em­bly and integration.

A thriving domestic battery manufacturing ecosystem with a robust local supply ch­ain can help India capture the significant economic opportunity presented by the energy storage industry. However, certain limitations in terms of availability of raw materials and technologies exist. There­fore, before the development of a manufacturing hub, it is crucial for India to identify the right technologies to invest in, on the basis of their particular specifications and applicability.

Cell parameters and performance metrics defined by the overall global market can play a key role in analysing various battery storage technologies in India. While building their supply chains, equipment manufacturers often take battery cell performa­nce and pack performance as key considerations. There are several key metrics that Indian battery cells will have to compete with, not only to reduce India’s depe­ndence on imports and capture the dom­estic market, but also to eventually beco­me a global exporter of cells and energy storage technologies.

Energy density is an important performan­ce metric and refers to the battery’s energy content with respect to its mass. Given the significant role of weight in the cells us­ed for electric mobility and consumer el­ectronics, energy density holds high priority as a metric in these industries. Power density, which refers to the maximum av­ail­able power per unit mass, is another im­portant measure that determines the weight of the battery required to achieve a given performance outcome. The cycle life of a battery, defined as dis­ch­­arging at minimum 80 per cent of its nameplate energy capacity in one cycle, is another metric that can analyse the performance of battery cells. Furthermore, the cy­cle life is a cru­cial metric in stationary storage appli­ca­tions and electric vehicles (EVs). An­other important performance indi­cator is the charge rate, which measures the rate at which a battery dischar­ges relative to its maximum charging capacity.

The prioritisation of these metrics may be highly specific and will differ according to the required application of the cell. For ins­tance, energy density, power density and charge rate are critical metrics in the EV segment, but these metrics are not of similar significance for applications in stationary storage. Other indicators such as battery pricing and cost of production, re­cy­cl­ability, performance outcomes in vary­ing/ extreme temperature conditions and safety may also be considered to determi­ne the suitability of a particular battery te­ch­nology for a given application.

Moving ahead, to ensure the Indian battery manufacturing sector maintains its competitiveness with global manufacturers in the long run, producing storage te­chnologies and cells that are on par with such global battery performance metrics will be crucial.

Commercial lithium-ion batteries have emerged as the most prominent market force due to their high packing efficiency, high energy density and rapidly decreasing costs. These batteries have applications in consumer electronics, electric power trai­ns, electric cars and buses, grid-scale storage and medical devices, etc. How­ever, a key challenge with these batteries is their sensitivity to high temperatures, which ma­k­es them inherently flammable when ex­pos­ed to heat. They also have a short life cy­cle and may be more costly. To cope wi­th such challenges, new technologies and materials are being explored.

In addition, spurred by global demand, ad­vancements in lithium-ion battery technologies are being undertaken by manufacturers and start-ups globally, who are identifying new processes, cell designs and materials to lower costs and improve the effici­ency of lithium-ion batteries. Lea­d­ing ad­vanced technologies include li­thium sulphur, solid state, semi-solid, li­thi­um air and lithium carbon batteries. Lithium sulphur batteries have high tolerance for extreme temperature and find application in the electrification of trucks and buses. Solid state cells are suitable for long-range EVs while lithium air batteries are ideal for residential storage due to the low cost of materials and high energy density. Lithium carbon batteries have the advantage of a relatively lower carbon footprint and are ideal for EV two/three-wheelers, which require fast charging. At the moment, however, mo­st of the­se technologies are either not commercially viable, have poor life cycles, or are at their initial research and development (R&D) stages.

With the expected boom in the demand for battery storage over the next decade, manufacturers are now investing in new technologies on a commercial scale. While ma­ny of these emerging technologies have existed in the market for several years, imp­rovements in performance and cost outcomes have motivated further investment in them for commercial deployment.

The manufacturing of commonly used battery materials such as lithium-ion is heavily reliant on scarce minerals such as lithium, cobalt, graphite and nickel, which are not abundantly available in India. As a result, the country is primarily dependent on imports and has low control over the supply chain of these conventional batteries. Moreover, the scarcity of components/minerals required for manufacturing these batteries poses a great risk to In­dia’s energy security and balance of tra­de. Thus, building a robust battery manufacturing ecosystem in the country would entail significant investments in innovative technologies that effectively utilise the re­so­urces abundantly present in India, minimise the dependence on scarce resour­ces and enable the implementation of a circular economy with recycling.

Several such alternative and advanced cell technologies are now being developed considering the need for higher efficiency and lower-cost advanced batteries. These include batteries such as flow, sodium sulphur, zinc air, sodium-ion, aluminium air and supercapacitors. Flow, so­dium ion and sodium sulphur batteries are ideal for long-duration storage, which will be the need of the market going forward. Zinc air batteries show higher safety performance relative to incumbent lithium-ion batteries and are likely to cater to small consumer electronics. Aluminium air batteries are suitable for long-range EVs. However, the technology is currently in the R&D stage. Supercapa­citors have a long cycle life, low input ma­terial costs and good specific energy, whi­ch is ideal for fast response grid support applications, medical devices and consumer electronics.

While promising, many of these emerging technologies entail high system co­sts, are at the initial commercial/R&D st­a­­ge, and requ­ire special housing for th­ermal safety. The­refore, their true potential in the market ca­nnot be accurately determined at present.

India is on the path to achieve its ambitious target of deploying 500 GW of non-fossil fuel energy by 2030. It also aims to have EVs make up 30 per cent of all new vehicle sales during the same timeline. Against this background, battery storage technologies represent a great economic opportunity for India. To ensure the smo­oth integration of renewable energy into the grid and meet the demands of the gro­wing e-mobility sector, building a robust domestic advanced chemistry cell battery manufacturing ecosystem in India would be crucial.

At present, India’s role as a manufacturer in the global advanced battery market is al­most negligible, given insufficient dom­es­tic demand and the lack of raw materials naturally available in the country. How­ever, new-age emerging technologies that provide better performance at a lower co­st are now being actively explored in the country. Utilising domestically availab­le materials such as sodium and aluminium can go a long way in promoting India’s ba­ttery manufacturing sector.

Going forward, certain key factors must be considered. Developing battery technologies that minimise the use of rare ear­th minerals will be vital to boost do­mes­tic production. Battery recycling alo­ng with the repurposing of batteries for a second-life application can be beneficial both economically and environmentally. In the long run, improving the lifespan and ca­pa­city of a battery, which may lead to relatively fewer batteries required per application, can improve the unit economics and overall performance of consumer electronics and EVs.

Rising concerns with respect to accidents and fire breakouts at manufacturing facilities as well as at the point of application have emerged as key barriers in the uptake of battery storage technologies and EVs. To improve consumer confidence and sub­sequently increase demand, ensuring the safety of batteries is important. Battery recycling will play a critical role in India as it is not abundantly endowed with materials utilised in the manufacturing of lithium batteries. A robust recycling mechanism can save foreign import bills.

Finally, while the PLI scheme is a welcome step, consistent efforts by the government to establish a sustainable and strong eco­system for domestic manufacturing of ba­tteries will play a key role in determining India’s position in the global market over the coming months. n

This article is an extract from a report titled “Need for Advanced Chemistry Cell Energy Storage in India (Part II of III)”, published by NITI Aayog, RMI and RMI India in April 2022 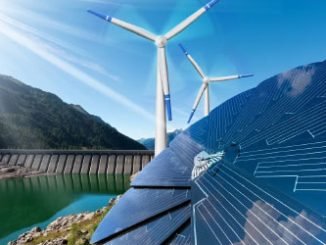 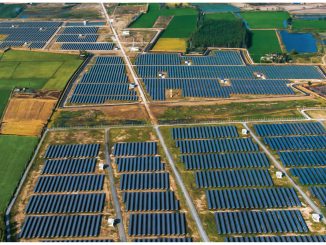