Ilmatar Energy, a Finnish energy company, has announced plans to develop a 200 MW wind farm in the Vermassalo area of Virrat in Northern Pirkanmaa, Finland. The wind power project will be built on nearly 3,200ha of land owned by Finsilva, a forestry and natural capital company.

According to the reports, around 20 to 25 wind turbines could be included in the Vermassalo wind power project in total. By the end of 2022, a planning and permit process for the project is anticipated to start. The site’s construction activities are scheduled for 2025–2026, and between 2027 and 2028, the wind farm is anticipated to start producing clean energy.

Based in Helsinki, Ilmatar is active in developing, building and maintaining renewable energy solutions, as well as the sale of electricity to consumers and businesses. In September 2022, Ilmatar Solar announced plans to build a 550 MW solar park in Sweden. Reportedly, the project would be constructed in the municipality of Motala, Stergötland. Once completed, it would produce enough energy to power 32,000 local homes. 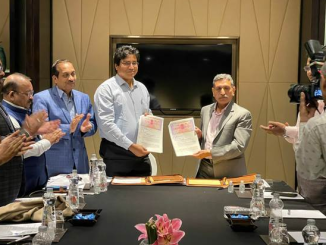