The concept of round-the-clock (RTC) supply has received much-needed policy attention in light of the issues of intermittency of renewable energy generation and low capacity utilisation of the existing transmission systems. Power utilities are obligated to procure renewables and also account for the power de­ma­nd-supply mismatches that might oc­cur due to the erratic generation patterns of renewable po­wer, which can threaten grid stability. Ac­k­nowledging all these cha­llenges in the transition to clean energy, the Ministry of Po­wer issued the “Gui­de­­lines for Tariff-ba­sed Competitive Bidd­ing Process for Pro­curement of RTC Po­w­er from Grid-conn­ected Renewable Ener­gy Power Projects, complemented with Power from Coal-based Thermal Power Projects” in July 2020. They have been amended four times since then, with the latest amendment coming out in August 2022.

The primary objective for issuing such gui­delines by the government was to ensure supply of RTC power to discoms by bun­dling renewable energy with storage and other sources of energy including thermal power. This would help in streamlined procurement of various energy sour­ces in a cost-competitive manner. The­se guidelin­es are expected to provide a framework for an intermediary procurer as an aggregator or trader for the long-term sale and purchase of power through interstate or intra-state transmission systems.
Several innovative tenders have been announced, such as those for solar-wind hybrid po­wer and peak power supply be­fore the RTC guidelines were issued. In fact, an RTC power tender for only rene­wable energy was issued in 2019 and the RTC Tran­che 2 tender for renewables blended with thermal power was issued in March 2020 be­fore the actual guidelines came out. How­­ever, these guidelines have given the much-needed confidence to investors.

According to the first set of guidelines, issued in July 2020, if the availability of the project was less than 85 per cent on an annual basis or during the peak hours for reasons attributable to RTC power generators, then the generator would be obligated to pay a penalty to the procurer for such shortfall in availability. The penalty was 25 per cent of the cost of the energy shortfall, calculated at the maximum indexed composite tariff payable during the year.

Further, the initial guidelines mandated that at least 51 per cent of the energy generated by the developer annually should come from renewables and the balance from thermal sources. The generator co­uld use storage to ensure the requir­ed minimum annual availability of 85 per ce­nt. If the mandatory 51 per cent of the total energy was not from renewables, then the developer had to pay a penalty of 25 per cent of the maximum indexed composite tariff payable during the year for each unit of shortfall. If there is shortfall in both avai­lability of 85 per cent and 51 per cent re­newable energy, only the maximum of the two penalties will be considered.

In addition, the PPA period should be at least 25 years from the scheduled commencement-of-supply date. The PPA can also be fixed for a longer period, such as 35 years, but the duration of the PPA must be stated upfront in the PPA document. If the agreements with the land- and infrastructure-owning agencies, the relevant transmission utilities and the system operators allow it, then the generators would be free to operate their plants after the PPA period.

For bid submission, a bidder was requir­ed to submit a bid for a portion of the total amount to be procured by the procurer. To achieve economies of scale and to con­si­der the suitability of coupling with the interstate transmission system, the bid­der’s mi­nimum quantum of power should be 250 MW. Since a bidder can partner with more than one thermal plant for his renewable energy project, thermal capacities less than 250 MW can be used. The bidder will be chosen based on the lowest quoted “composite tariff”. The bidder with the lowest composite tariff will be assig­ned the amount of power he has offered. These guidelines have helped in pro­viding a transparent, fair and standardised procurement framework based on op­en competitive bidding with appropriate risk-sharing among various stakeholders.

These guidelines were subject to amendments and were revised in November 2020, February 2021 and February 2022, followed by the latest one in August 2022. According to the current amendment, the generator shall supply RTC renewable po­wer, keeping at least 90 per cent availability annually. Further, this 90 per cent availability needs to be ensured on a monthly basis for at least 11 months in a year and also during peak hours. In addition, storage can be used for ensuring the required minimum annual and monthly availability of 90 per cent. Moreover, an­n­ually, a minimum 51 per cent of energy should be off­ered from renewable energy sources which can include storage. The char­ge for failing to meet the specified availability will be eq­ual to the total tariff for the number of units not supplied. In the initial guidelines, the power generator was supposed to supply despatchable re­­newable energy complemented with thermal power, round the clo­ck, keeping at least 85 per cent availability annually and at least 85 per cent availability during peak hours. But after the recent amendment, the availability criteria has been increased in a bid to move towards more firm RTC power.

Also, for early commissioning of single components outside the PPA, a provision has been added. This is in the case of project components being located at multiple locations where one component is ready for injection of power into the grid, but the remaining components have not been commissioned. In this scenario, the generator will be allowed to commission such components depending on the decision of first, the end procurer, and then, the intermediary procurer to allow this.

According to the amendment, the PPA period will be for 25 years from the date of scheduled commissioning or the date of commissioning of the total project capacity, whichever is later. The PPA can also be set for a longer period such as for 35 ye­ars. Generators are free to operate th­e­ir projects after the expiry of the PPA pe­riod in case the arrangements with the land- and infrastructure-owning agencies, the relevant transmission utilities and the system operators so provide.

The end procurer needs to give payment security to the intermediary procurer with a revolving letter of credit of an amount not less than one month’s average bill for the projects under consideration. If the end procurer is not eligible to be covered under the state government guarantee, then the tender must contain provisions for payment of an additional risk premium of Re 0.10 per kWh. This total amount must be added to both the letter of credit held by the end procurer and the payment security fund maintained by the intermediary procurer.

RTC power is looked upon as a major game changer for the power sector. The government’s policy support to promote its uptake is indeed commendable. Such policy advances will ensure that the fun­da­­mental issues of intermittency, lack of utilisation of transmission infrastructure and grid instability are resolved, thereby ma­­king the case for promoting renewables even more strong. These policy ac­tions will give renewable energy developers the much-needed confidence to continue implementing hybrid and RTC power supply projects in the country. 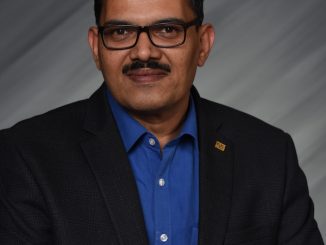 July 26, 2022
Ambitious emission reduction programmes are driving unprecedented amounts of renewable energy into the grid as the world strives to em­brace a zero-c...
More

November 11, 2022
The Central Electricity Regulatory Commission (CERC) has notified levelised generic tariffs for renewables for the financial year of 2022-23. The tari...
More

November 30, 2022
The Central Electricity Regulatory Commission (CERC) has declared that solar developers are required to compensate for higher expenses incurred after ...
More