India has a wind turbine manufacturing base of 15 GW per annum, with localisation of over 70 per cent and supported by over 4,000 component suppliers, mainly micro, small and medium enterprises (MSMEs). It is a matter of pride that the absorption of technology and localisation has made India a strong manufacturing hub for the domestic and export markets at the lowest cost in the world.

The wind turbines installed in India are under the international standards of IECRE or under IS 61400-22. The technology is sophisticated with a combination of me­chanical, electrical and electronics to make the turbines work under hostile conditions and in different terrain. The turbines can be operated by remote systems such as SCADA or a centralised monitoring system. The major technological advanceme­nts in the wind segment are as follows:

Turbine size: A few years back, the turbine size was 2 MW; it is now at 3 MW and will slowly graduate to 4-5 MW. Exports of gearboxes and blades cater to projects requiring turbines that are beyond 5 MW.

Rotor size: Turbine rotors, which were of 90 metre diameter, are now between 120 metres and 150 metres. The blades are so well aerodynamically crafted that they can cater to different classes of wi­nd speed. Turbines that used to reach the rated capacity at 15 metres per second today reach it in less than 10 me­tres per second. Rotor blades, which were made of glass fibre and po­lyester resin (which is still popular), are now made of epoxy resin. To make the bla­des lighter, technological chang­es are being made to use carbon fibre. Attempts have been made to use carbon hybrid blades to offset the weight and to look at splits or segmented blad­es for ease in logistics.

Towers: Towers, which were 60-90 me­tres high, are today up to 120-150 me­tr­es. Tubular towers are popular and there are many variations of towers, in­cl­uding concrete towers and hybrid towers.

Technological changes: Turbines are now gearing up to be powered with sm­art grids for higher penetration (PLF). In the grid forming mode, generators can be set to the grid voltage and frequency. The industry ensures grid complian­ce on both LVRT and HVRT for maintaining grid discipline.

Environment and end-of-life: Decom­mi­s­­sioning and dismantling of turbines is easy as most of the parts are ferrous or non-ferrous and have scrap value. There has been significant advancement in the resin technology used in the blades, wherein the glass and resin can be separated after the useful life. It is seen that the glass retains 90 per cent of its modular strength. Blades made with thermoset resins pose a problem in disposal and can be potentially used as road dividers and as a feedstock for cement kilns.

Offshore: The manufacturing fraternity has resources for offshore turbines, but large infrastructure is required at the port level for erection, commissioning and ma­in­tenance of turbines. The governme­nt is looking to promote the offshore wind segment with a PLI scheme as an incentive for large-scale indigenisation.

The government is committed to achieving 500 GW of renewable energy by 2030, meeting 50 per cent of the entire power demand through renewables by 2030, and becoming net zero by 2070. The above is achievable and the government has initiated the following proposals that can make this a reality.

Meanwhile, the industry is proposing to submit a paper on uniform wheeling and banking, which will help the captive and group captive market. It has also requested the government for the introduction of renewable energy parks to cover wind and wind-solar hybrids as this will mitigate the risk of time and cost overruns. The industry has initiated discussions for a special dispensation for the MSME industry (retail investment). It will also support the government programme on offshore wind and promotion of green hydrogen and ammonia. 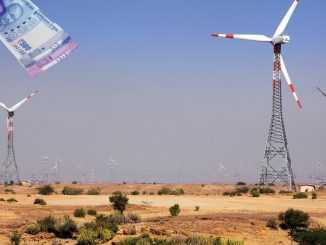 Denmark to build energy islands for supply of renewable energy

June 1, 2022
Denmark is planning to set up two energy islands that can supply renewable energy produced by offshore sources to the domestic market of Denmark and o...
More 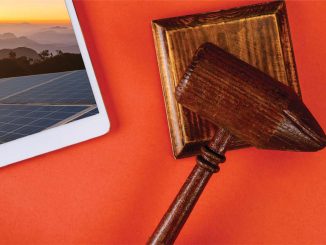