In the address to the nation on the occasion of India’s 76th Independence Day, the prime minister rooted for energy independence and stated that India must become self-reliant in meeting its energy needs. He added that in the solar energy, wind energy and other renewable energy sectors India should aim to become self-reliant and lead in the hydrogen, electric vehicle and biofuel sectors.

The prime minister further said that the government is pushing for the mixing of ethanol from sugarcane and other agricultural commodities in a bid to reduce dependence on imports. He also stated that India achieved the target of blending 10 per cent ethanol in petrol ahead of schedule. He reiterated the government’s achievement in providing electricity connection to 25 million people in a short time span.

The Indian government’s work in the ethanol blending space has been commendable. The aim of supplying petrol with 10 per cent ethanol (10 per cent ethanol, 90 per cent petrol) was achieved in June 2022, well ahead of the initial target date of November 2022. As a result, the government set a target of making petrol with 20 per cent ethanol by 2025. India, the third-largest oil importer and consumer in the world, is anticipated to use more renewable energy as a result of increased ethanol mixing. India is also the fifth largest ethanol producer after the US, Brazil, EU and China. 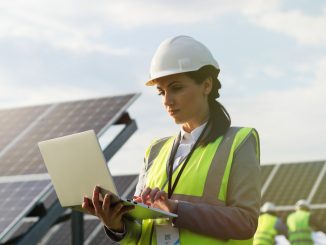 September 27, 2022
Vestas, a Danish wind turbine company, has been chosen as the preferred turbine supplier for Baltic Power, a 1.2 GW offshore wind project in Poland. B...
More