India’s installed solar power capacity has grown by leaps and bounds over the years to stand at 55.34 GW as of April 2022. Supportive market dynamics and favourable cost economics have led to a huge inflow of investments, from both domestic and foreign investors, in re­newable energy sources, especially so­lar po­w­er. Further, at the COP26 summit, India set a target of augmenting its non-fossil fuel electric capacity to 500 GW and mee­ting 50 per cent of its energy requirements through renewables by 2030. As a result, more solar power capacity addition is on the way.

Over the years, captive and rental power have emerged as viable options for commercial and industrial (C&I) consumers to meet their energy demand and hedge against the risks of high grid power tariffs. While coal has traditionally been the fuel of choice for most industries setting up captive power plants, renewables (mainly so­lar power) are emerging as competitive op­tions owing to their rapidly declining ca­pital costs and their ability to meet renewable purchase obligations (RPOs). Greater access to debt financing, emergence of the opex business model and a robust regulatory framework have further facilitated the adoption of captive solar power in the C&I segment. With the larger goals of decarbonisation and “net zero” in mind, C&I consumers are increasingly entering into corporate power purchase agreements (PPAs), which are contracts bet­we­en a corporate buyer and a renewable po­wer generator for purchase of electricity for a pre-agreed price and duration.

Renewable energy uptake by C&I consumers is largely driven by the falling generation cost of renewable power, mainly solar, and increasing grid power tariffs. The grid power tariff for C&I consumers in many states is nearly Rs 10 per unit, while the levellised cost of power through rooftop solar (with a battery storage facility) is around Rs 6-Rs 7 per unit, offering a clear cost advantage. In contrast, the cost of power generated by diesel gensets hovers at Rs 20 per unit, owing to the high cost of fuel. Thus, significant savings can be realised via solar power procurement under third-party corporate PPAs, for both captive and group captive power.

Further, corporate establishments are so­ur­cing solar power as part of their green stra­tegies to attract customers as well as in­vestors. Nowadays, investment banks and asset managers across the world consider environment, social and governance criteria before lending to businesses. Banks and private equity players are sh­y­ing away from financing climate-un­friendly businesses. Moreover, Indian co­m­panies are anno­uncing net zero targets and the trend is only expected to gain momentum in the wake of the COP26 announcements. Major Indian companies such as Reliance Indus­tries Limited (RIL), Tata Consultancy Servi­ces, HDFC Bank, Wipro, Infosys, Mahindra & Mahindra, JSW Energy, ITC, Adani, Dalmia Cement and Indian Railways (IR) have announ­ced net zero targets. IR aims to reach net zero by 2030, RIL’s goal is to become net carbon zero by 2035, and the Mahindra Group and Wipro have set 2040 as the target year. In addition, 64 Indian companies have committed to reducing greenhouse gas emissions, according to the Science Based Targets initiative, a glo­bal alliance that helps businesses establish their own climate targets.

As per the Central Electricity Authority, the share of renewable energy sources in the installed capacity of captive power plants in industries with demands of 1 MW and above has been estimated at around 5.9 per cent during 2020-21. At present, rooftop solar is the most preferred techno­lo­gy for C&I consumers. Renewable deve­lo­pers are exploring combined solar and wind hybrid projects due to supportive government policies and waivers on ch­ar­ges for such projects. Hybrid projects offer benefits such as reduced risk due to the lower generation variability of combined technologies, and better utilisation of transmission infrastructure.

As for wind power, there is no certainty that it will remain competitive if grid charges are applied. The biomass segment is still struggling due to logistics issues, but the use of biomass with solar power in captive energy generation has emerged as an area of interest. However, producing biomass in such large quantities is a challenge. The solution lies in the co-location of solar panels and biomass plantations.

Another key trend has been a shift from traditional open access and third-party power procurement to the group captive model. This is mainly due to the withdrawal of open access waivers for new third-party PPAs across multiple states, unlike group captive projects, which continue to enjoy a waiver of cross-subsidy surcharge (CSS). This trend is likely to continue with more consumers and IPPs opting for group captive models to minimise risks and improve their financials.

Recently, the Ministry of Power has also issued the Electricity (Promoting Re­ne­wable Energy Through Green Energy Open Access) Rules, 2022. With this regulation, consumers will be eligible for green energy open access if they have a contracted demand or sanctioned load of 100 kW or more. Meanwhile, there will be no load limitation for captive consumers. There will be a uniform renewable purchase obligation for all obligated entities in the area of a distribution licensee. Also, the CSS for open access consumers of green energy will not be increased by more than 50 per cent of the surcharge determined for the year in which open ac­cess has been granted for 12 years from the operation of the generating plant. Me­an­while, the CSS and additional surch­ar­ge will not be applicable if the green energy is utilised to produce green hydrogen and green ammonia. Even then the surcharges will not be applicable.

The Ministry of New and Renewable En­ergy has circulated a draft cabinet note to mandate a green hydrogen consumption obligation for fertiliser and petroleum re­fining industries for the period 2023-24 to 2029-30. The move is likely to push th­ese industries towards greater solar po­wer uptake in operations. Also, the green day-ahead market and green term-ahead market have been introduced at the po­w­er ex­changes. This is expected to provide competitive price signals, besides offering an opportunity to market participants to trade in solar power, in the most transparent, flexible, competitive and efficient manner. The market-based competitive prices will provide another option to solar power generators to sell power and allow the obligated entities (distribution licen­se­es, open access consumers and captive power consumers) to meet their RPO targets by directly buying solar power from the power exchanges.

Meanwhile, at the state level, withdrawal of open access charge waivers by various governments has negatively impacted ma­rket sentiment. For instance, Gujarat and Maharashtra withdrew waivers from open access consumers in 2020. In addition, in January 2020, Maharashtra proposed a grid support charge (GSC), a new levy for electricity consumers that have a sanctioned loads above 10 kW for rooftop solar. The state discom sought a steep GSC of Rs 8.66 per unit, while the total handling cost of electricity is roughly about Re 0.70 per unit. Although the proposal did not get a go-ahead from the state regulator, such moves create much ambiguity amongst developers and consumers alike. Further, many states are now att­em­pting to levy an additional surcharge not only on open access, but also on captive. This is significant as the additional surcharge currently ranges from Re 1 to Rs 1.50 per unit across various states. While the Electricity Act gives categorical ex­emp­tion of CSS for captive generation, it does not do so for any additional surcharge. The states are leveraging this am­biguity to bring captive generation within the ambit of additional surcharge, in a bid to attain a reliable revenue stream for financially distressed discoms.

A report by the World Business Council for Sustainable Development notes that state electricity regulatory commissions are res­tri­cting banking of renewable power in ma­ny renewable resource-rich states by moving from annual to monthly banking periods. Solar resource-rich states such as Gujarat and Maharashtra, which often have surplus generation, have already moved to monthly banking for third-party sale of re­newable power. This is bound to affect the viability of renewable electricity projec­ts. In addition, Rajasthan, Andhra Pradesh and Madhya Pradesh have completely withdrawn the banking provision for renewable projects, while Karnataka is planning to restrict it to a 15-minute period. Further, states such as Maharashtra, Gujarat, Madhya Pradesh, Karnataka and Haryana have third-party open access charges that are higher than discom tariffs, making th­ird-party sale unviable in these states. How­­ever, states such as Gujarat, Rajas­th­an, Andhra Pradesh, Odisha, Uttar Prade­sh, Chhattisgarh, Karnataka and Tamil Na­du have third-party sale charges lower than the grid tariff, but still higher than that for group captive models. This deters large co­rporate buyers from opting for the third-party sale model and prompts them to move towards group captive models.

As corporates announce their net zero targets in order to mitigate climate ch­ange concerns, solar power adoption will see an uptick. Further, to achieve the target of meeting 50 per cent of India’s energy re­quirements through renewable energy by 2030, the states need to come forward and streamline policy and regulatory fra­meworks to encourage greater solar po­wer procurement by C&I consumers. 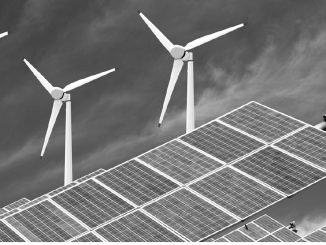 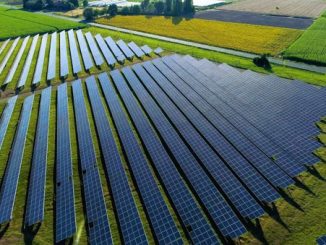 NTPC signs a PPA with Indian Railways, MPPMCL and RUMSL for 325 MW of solar project

November 28, 2022
Central Electronics Limited (CEL), a public sector undertaking, has floated a notification that calls for bids for cleaning of solar modules of a 500 ...
More