The high air pollution levels in the northern states of India during the months of October and November have beco­me a yearly phenomenon. This is mainly due to the burning of paddy straw in the open fields before crop sowing for the winter season. The weather changes during these months with temperatures falling and wind speeds decreasing. This further inc­re­ases the air pollution level in the entire regi­on, including the National Capital Region of Delhi. To manage this situation and alleviate the problem, there has been increasing interest in solutions such as biomass power plants.

The term “biomass” encompasses a va­riety of organic materials such as wheat or paddy straw, remains from cereal plants, pulses and groundnut, sugarca­ne residue, as well as leaves from trees. While some types of biomass can be used for cattle feeding, paddy straw is not easily diges­tible. Farmers ha­ve limited time to harvest the monsoon crop, usually paddy, and prepare for the next round of winter crop sowing. In between, it has to deal with lar­ge qu­antities of agricultural crop resi­due. Thus, many farmers in the northern states of Haryana, Punjab and parts of Uttar Pra­de­sh resort to burning stubble.

However, there is another, more environmentally friendly way to dispose of this crop residue, that is, to use it as biomass fuel in power production. Punjab and Har­yana are working to adopt strategies to avoid stubble burning. These strategies include presenting paddy straw as a resource, which can create value for the industry and the farming community.

The northern state of Punjab produces the largest amount of residue from paddy har­vest. While the state has often been cri­ticised for its lack of effort to curb the stubble burning practice, it has been taking initiatives to improve the situation. Over the past three years, a total of 76,626 subsidi­sed agro-machines or equipment have been supplied to the far­mers, cooperative societies, panchayats and custom hiring centres under the Crop Residue Manage­ment Scheme. In Sep­te­m­ber 2021, the sta­te also announced that 8,500 nodal officers will be appointed for the current pa­d­dy growing villages, which were identified as hotspots for paddy stubble burning.

To inhibit the burning of stubble, the state has recently permitted certain categories of industries to install paddy straw-fired boilers. Industries covered under the scheme in­clude sugar mills, and pulp and paper mills. Further, paddy straw boilers are be­ing in­c­en­tivised for distilleries and bio­ethanol pro­­jects. The industries will receive fiscal incentives as well. The cumulative in­centives under the state government’s scheme amount to about Rs 250 million. They will be disbursed to 50 existing industries on a first come, first served basis. Further, non-fiscal incentives to industries have been approved. These include identifying land for storage of paddy straw with a lease agreement of up to 33 years.

Currently, 11 biomass power projects are operational in the state, which are cumulatively generating 97.5 MW of power an­n­ually, using approximately 880 million ton­nes (mt) of paddy stubble. Punjab State Po­wer Corporation Limited (PSPCL) has already signed power purchase agreeme­nts (PPAs) for these plants. Two additional plants, which were to become operational this year, have been delayed due to the Covid-19 pandemic. These are a 10 MW project in Fatehgarh Sahib and a 4 MW project in Nakodar, both of which were earlier expected to be commissioned by June 2021. The high cost of power production could also be a deterring factor. Earlier, PSPCL entered into PPAs with bio­power plants in Punjab to purchase power at Rs 7-8 per unit. However, the po­wer co­mpany now seeks a rate of about Rs 4, which is not appeasing to the power producers. Expected to come online next year, the two projects will utilise around 120 mt of paddy residue.

Haryana is the second largest producer of paddy waste in country. The state government has been actively trying to curb the practice. In October 2020, 0.175 mt of paddy stubble was purchased by biomass plants in Haryana, as part of a plan to buy 0.858 mt of stubble during the season, in order to prevent stubble burning.

Haryana also plans to set up waste-to-energy plants across the state to deal with the stubble burning menace by not only generating energy and employment, but also providing additional income from the crop waste. As per the Haryana Rene­w­able En­ergy Development Agen­cy, four biomass power projects with a cu­mulative ca­pacity of 49.8 MW using paddy straw as feedstock are being set up in the state. These include a 15 MW pla­nt in Kuruk­shetra, a 15 MW plant in Ka­i­­thal, a 9.9 MW plant in Jind and a 9.9 MW plant in Fatehabad. In 2019, the Har­yana Electri­city Regulatory Commis­sion approved PPAs for these power projects si­gned bet­ween de­ve­lopers and the Har­yana Power Purch­ase Centre. A fifth pla­nt is also planned at IOCL’s Panipat re­finery and will generate ethanol from pa­ddy waste. Private companies have been allowed to purchase crop waste directly from farmers and will pay Rs 1,000-Rs 1,500 per acre to farmers.

Similar to the planned projects in its nei­gh­bour state of Punjab, these projects, which were previously due for commissioning in August 2021, have been delayed due to the Covid-19 pandemic. The plants are now expected to be completed by the end of the year, with the exception of the IOCL plant, which is slated for completion in March 2022. The four plants are together expected to utilise 58.7 mt of paddy waste from about 0.29 million ac­res of land. Meanwhile, the ethanol plant will produce 100 kilolitres of ethanol per day from 425.5 metric tonnes of dried rice straw by consuming the paddy waste of around 80,000 acres every year.

In addition to installing boilers exclusively suited for paddy straw or other pure biomass feedstock, co-firing existing coal pl­a­nts with biomass-based pellets can be explored. Recently, the Commission for Air Quality Management directed all the 11 thermal power plants within a 300 km ra­dius of Delhi to co-fire biomass-based pellets or torrefied pellets. This is expected to facilitate ex-situ management of paddy straw, reduction in air pollution and improvement of paddy straw utilisation as an economic resource.

Based on extensive trials, NTPC has confirmed that it is technically feasible to co-fire biomass pellets by up to 5-10 per cent in thermal power plants without any modification in boilers. To aid the state-level efforts, NTPC Limited has been pro­curing biomass pellets made from farm stubble. Earlier, in 2017, NTPC had under­taken the initiative of biomass co-firing on a pilot basis to replace some of the coal with pellet-based fuel at NTPC Dadri, Uttar Pra­desh. Last year, it anno­un­ced that it would procure and use six mt of biomass pellets made out of stubble and husk at 17 of its thermal coal-fired power plants across the country to help reduce stubble burning.

Even though central and state-level efforts have been mobilised to combat the persistent issue of stubble burning in northern India, the results so far have not been very promising. One of the key reasons is the lack of economic viability to use paddy straw in producing biomass-based power. Boilers are expensive and have to be manufactured with specifications to accommodate the chemical characteristics of feedstock. Since paddy straw contains silica, the metallurgy for boilers needs to be chrome based, making it costlier. This results in biopower being higher priced than power generated using other sources, further resulting in reluctant offtakers. The economic pressure is also felt by balers who are not compensated properly by biomass plants for their paddy straw bales. This discourages the balers from selling the stubble, forcing farmers to burn it. In addition to cost and implementation challenges, there are challenges presented by political instability. The two states with the highest volume of stubble burning also have high enga­gement in the agrarian economy. Thus, farmers and agricultural workers form a significant portion of the voting popul­ation. Some political leaders, especially those at the state or local level, may be hesitant to pursue policy measures that affect the vote bank negatively. Farmers from Punjab, Haryana and Uttar Pradesh have been protesting against three contentious farm laws at the borders of Delhi for nearly a year. Between Septe­m­ber 21 and November 14, 2020, Punjab recorded the highest number of farm fire incidents since 2016, which contributed to this unrest to an extent.

Given the current political climate in the concerned states, the gap in viability and the rising air pollution levels each year, there is no clear panacea in sight. That said, clear local-, state- and central-level policies and incentives to promote paddy straw biomass-based power plants and uptake of biomass pellets for co-firing can be a significant step forward in alleviating the problem of stubble burning. 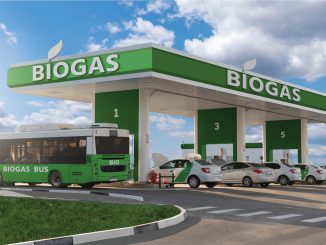 March 8, 2022
India will have to reduce net emissions by an average of 0.2 gigatonnes of CO2 equivalent per year over the next 30 years in order to reach net zero e...
More 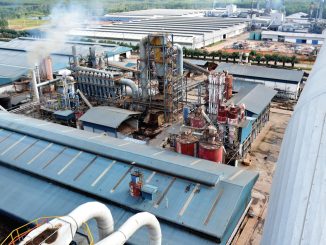 February 5, 2017
India is witnessing significant growth in terms of renewable energy capacity addition. While solar and wind power have been in the limelight, b...
More