Such large-sized wind turbines bring with them logistical, installation, and O&M challenges, exacerbated due to access issues especially if the offshore wind project is in deep waters. Further, as compared to onshore wind turbines, offshore wind turbine blades need to withstand stronger wind forces in a far more demanding environment characterised by salty sea air, rain, hail, ocean spray and lightning strikes. Longer and lighter units can help address the logistical challenges, while proper design and engineering will ensure their longevity and reliability. Wind turbine blades should be designed to last for a minimum of 20 years and withstand fatigue damage as well as damage due to varying wind loads and other environmental conditions.

Weight savings is a key criterion in offshore wind projects as the weight of rotor blades increases progressively with the increasing blade length. With the adoption of more accurate design methods and use of stronger and lighter materials, blade weight can be optimised. Wind turbine rotor blades are traditionally made of polymer matrix composite materials, with a few parts glued together. Thus, it is important to ensure uniformity during the production stage.

In the case of offshore wind projects, accessing the turbine site frequently for manual inspection is not only difficult but also costly. Thus, sensors should be built in the blades to detect any potential damage and avoid project downtime. Just collecting data through sensors is not enough, appropriate modelling and analysis tools should also be used to assess the extent of faults and damage, and the need for repair. Further, advanced software with remote surveillance should be used to predict faults in different scenarios so that preventive action can be taken, and costly repairs avoided.

Offshore wind has long been considered an attractive opportunity in India, especially in Gujarat and Tamil Nadu, which have an estimated offshore wind potential of 71 GW. While earlier efforts have not yielded the desired results, the global decline in prices and the slowdown in domestic onshore wind capacity additions due to land, transmission and other concerns have led to a renewed interest in this space. Thus, in November 2020, the government announced its plan to develop an offshore wind auction framework and secure viability gap funding of Euro 800 million from stakeholders for the first offshore wind project.

Going forward, India’s upcoming offshore wind market will have to overcome the challenge of price sensitivity, which has led to many unsuccessful bids in the onshore wind space. Further, the focus should be on project quality and reliability so that the assets last for 25 years. The manufacturing industry will have to work closely with developers to identify possible challenges and find their solutions so that the design, logistics and installation of rotors and blades can be made more efficient and effective.

April 28, 2022
The Cabinet Committee on Economic Affairs chaired by the Prime Minister has approved the investment of Rs 45.26 billion for 540 MW Kwar Hydro Electric...
More 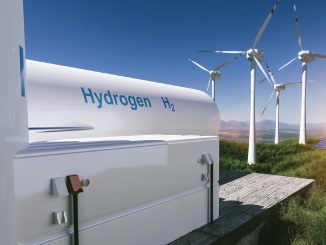 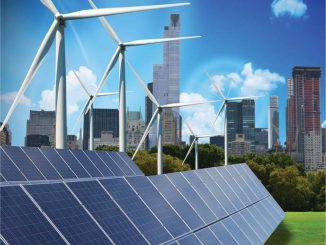