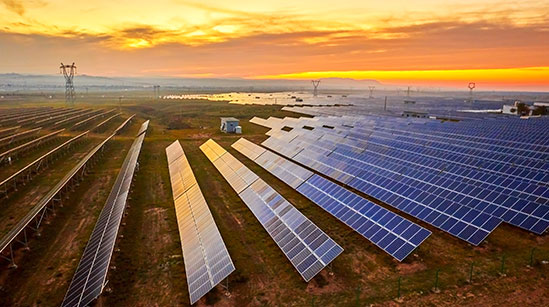 Telecom giant Airtel (Bharti Airtel) has commissioned a 14 MWp captive solar plant in Uttar Pradesh. This solar project will help the company to meet the power requirements of its core and edge data centers in the state. The project is in Tilharthe Shahjahanpur district of Uttar Pradesh.Earlier Airtel had acquired a 26 per cent equity stake in AMP Solar Evolution and the Tilhar project is the first of the two solar plants being set up by the company in partnership with AMP Energy. The second plant,which is beingin Begampur, is expected to be commissioned in the next quarter.

Data centreshave large power requirements. ‘Nxtra by Airtel’ currently operates 10 large and 120 edge data centres across India, and it aims to meet over 50 per cent of its power input through renewable energy sources during FY 2022. The company is aligned to the Paris Climate Accord and is proactively implementing clean power solutions for its towers, data centres, switching centers and other facilities.

Technology giants worldwide have started to work towards reducing their carbon footprint. These companieshave energy-intensive data centres which are mostly run-on fossil fuels and contribute to carbon emissions. Procurement of renewable energy has become a popular way to offset these carbon emissions. Out of these tech giants, the Indian arms of Amazon and Microsoft have procured renewable energy in India, albeit at a much smaller scale compared to their global procurement. Other technology companies procuring renewable energy in India include Infosys, Cisco, Adobe and Qualcomm.