The Covid-19 pandemic, which ravaged global economies through most of 2020, created many challenges for India’s economic health as well. Lockdowns and the shutting down of industries and transportation delayed project development, caused supply shortages and slowed down growth across infrastructure sectors, including renewable energy. Stakeholders across the value chain suffered revenue losses and faced challenges in accessing finance. The pandemic hit at a time when the renewable energy sector was already witnessing a setback in growth due to issues in land and transmission unavailability, delayed payments from discoms, uncertainty in regulations and contractual obligations as well as lack of low-cost finance. Moreover, domestic manufacturers across all subsegments including wind, solar and battery storage had been waiting for incentives to scale up their operations.

In this scenario, the renewable energy industry had pinned its hopes on the Union Budget 2021 for a revival in growth and an improvement in investment viability through reforms. The much-awaited budget, announced by the finance minister Nirmala Sitharaman on February 1, 2021, received mixed reactions from the energy sector. Did the budget address sector concerns or merely scratch the surface of a very large problem?

Renewable Watch presents an analysis of the budget, with inputs from industry experts…

The union budget was largely welcomed by the renewable energy industry, which had been suffering for the past few months on account of unresolved challenges. “It is a growth-oriented and forward-looking budget. The finance minister’s focus on healthcare, infrastructure, power and the financial sector will have a positive impact on the economy,” said Sumant Sinha, chairman and managing director, ReNew Power.

Reforms related to the distribution sector are the need of the hour as discoms are currently the weakest link in the power sector value chain and delayed payments from discoms still remain a serious issue for most developers. For this reason, a result-based financial assistance scheme for discoms is an encouraging step, which will help improve distribution infrastructure, thereby bringing down discom AT&C losses and improving their financial viability. Further, the move to do away with discom monopoly and give consumers the power to choose their power distribution company will promote competition and tackle inefficiencies in this space while creating more opportunities in the commercial and industrial solar market.

S.K. Gupta, chief financial officer, Amp Energy India, said, “Speeding up discom reforms through a package of Rs 3.5 trillion over the next five years is a welcome step to keep the financial health of discoms in check. Another announcement regarding breaking the monopoly of power discoms and providing options to consumers should further open up the rooftop and open access segments; however, clear enabling provisions should be enumerated by the government”.

In terms of renewable energy, additional capex infusion for SECI and IREDA, which are responsible for implementing and financing a major chunk of renewable energy capacity in the country, is another step in the positive direction. So is the recognition of green hydrogen as an important part of India’s clean energy transition. A proposal to launch the National Green Hydrogen Mission will promote investments towards the commercialisation of this versatile fuel. These sentiments were echoed by Guru Inder Mohan Singh, chief operating officer, Amplus Solar, who said, “The National Hydrogen Mission and higher allocation to SECI and IREDA is a booster shot for the renewable energy sector,” and Simarpreet Singh, director, Hartek Group, who said, “The additional allocation of Rs 10 billion for SECI and another Rs 15 billion for IREDA is also a decisive step in the right direction.”

The government did not go ahead with its initial plan of imposing basic customs duty on imported solar modules. This is a relief for developers, particularly who would have otherwise had to pay much higher costs for solar modules, which would have resulted in a hike in solar power tariffs. With the discom focused on price sensitivity, it would have created issues in finding offtakers for this expensive power. Moreover, the country’s domestic production capabilities are not equipped to cater to the entire demand. Thus, this duty could have adversely impacted India’s ambitions for increasing solar power capacity in the country.

In order to give respite to domestic

manufacturers, the duty on solar inverters and solar lanterns was increased. This may help in scaling up domestic production. “We believe raising the duty on solar invertors, from 5-20 per cent, and on solar lanterns, from 5-15 per cent, to encourage domestic production will create demand and bring in revenue for further progress. As domestic solar manufacturers, we appreciate the government’s focus on supporting solar manufacturing in India and hope the new phased manufacturing plan for solar cells and solar panels to embody the intent,” remarks Gyanesh Chaudhary, managing director, Vikram Solar.

While the Union Budget 2021 did recognise a few major issues that need to be resolved for continued renewable energy development in the country, there are a few that remain unclear. First and foremost, there is no mention of the 175 GW target and the government’s plan to achieve this by 2022 in terms of improving access to low-cost finance, which is a major cause for concern.

Second, energy storage, which is important for both electric mobility and renewable energy integration, did not get its due in the budget. In fact, electric vehicle (EV) players had been expecting a clear policy direction from the government but were left in the lurch. Moreover, the confusion over GST on lithium-ion batteries has not been resolved. A lithium-ion battery fitted in an EV attracts 12 per cent GST, which goes up to 18 per cent when sold separately. Additionally, a 3 per cent customs duty imposition on the import of lithium-ion batteries will make the cost of energy storage go up.

Last but not the least, there has been a mixed reaction to the provisions for domestic manufacturing of solar components as well. Manufacturers were expecting the imposition of a basic customs duty on solar module imports as well as an elaborate road map for scaling up the country’s domestic manufacturing capabilities. Gyanesh Chaudhary said, “The renewables industry, and especially the solar industry, was hoping for more elaborate support from the union budget on the implementation of basic customs duty with exemption for SEZ-based manufacturers”.

From developers’ perspective, the increase in customs duty on solar inverters will increase project costs. Project contracts that include change-in-law provisions would be protected while others would be impacted significantly. Rooftop solar projects where inverters have a higher share in the total project cost will be impacted more than utility-scale projects. Speaking about the sudden hike in duty on inverters from 5-20 per cent, Guru Inder Mohan Singh said, “The duty on inverters could have been increased gradually so that the industry was prepared.” Adding to this, Animesh Damani, managing partner, Artha Energy Resources, said, “The budget has left non-utility solar players to fend for themselves. The government’s stance to raise import duties on solar inverters will further discourage potential investment in the solar development segment and adversely impact employment”.

The union budget elicited mixed reactions from the renewable energy industry particularly on the issues of taxes and duties. Thus, going forward, there needs to be greater clarity on taxes and duties, and these should be implemented in a manner so as to avoid harming the interests of any stakeholder in the value chain. Moreover, while reforming the power distribution space is the need of the hour, the scheme needs to be executed properly, else it might fail to generate the required results like its predecessors. In addition, green hydrogen is at a nascent stage globally and urgent measures are needed for the country to capitalise on this opportunity and emerge as a market leader.

In sum, while the budget has brought the much-needed cheer to the renewable energy industry, a lot depends on the proper and timely implementation of these reforms. 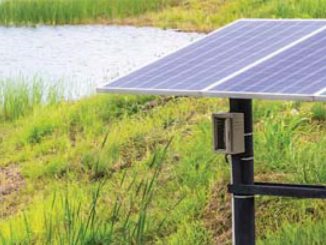 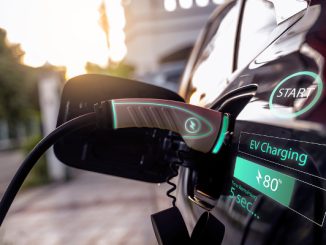 July 8, 2022
The Chhattisgarh government has launched its Electric Vehicle (EV) policy which intends to foster EV manufacturing facilities and job opportunities in...
More 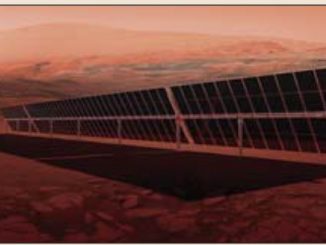