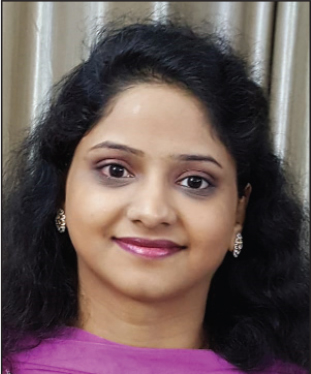 India has a total installed capacity of 373,029 MW, as of October 16, 2020, including a renewable energy capacity of 89,229 MW. The power demand-supply scenario indicates a downward trend in the energy deficit numbers; however, the fact is that there is still a lot of untapped/unaccounted-for demand for power. Most of it is in the rural areas, where grid connectivity is absent and adequate power evacuation infrastructure is yet to be set up. Thus, in the Indian context, the unmet demand for electricity presents a huge opportunity for off-grid renewable energy solutions, particularly solar home systems and decentralised renewable energy systems.

Nearly 200 million people in India lack access to electricity; however, as per data published by the Government of India, almost all villages have been electrified. Electrification schemes have focused on establishing village electricity infrastructure, because of which there has been a lot of improvement in terms of grid connectivity and access to electricity in rural areas; however, the issue of energy poverty and reliable round-the-clock power supply still persists. Government initiatives focusing on smart grids, microgrids, minigrids and decentralised renewable energy systems are encouraging and are expected to reduce the aforementioned issue to a large extent, and build energy security for the country while reducing its carbon footprint. With these initiatives, a number of market players, especially in the commercial and industrial segment, have started contributing to the green initiative by meeting a part of their energy needs through renewable sources under the open access and rooftop schemes. Energy storage is also becoming attractive as an alternative to electricity from diesel generator sets. Integrated renewable energy projects, along with pumpe storage hydro projects, are being implemented across the country to ensure round-the-clock power supply.

To encourage both optimal utilisation of resources (including land) and clean green energy, the Gujarat Energy Department has come up with various incentive schemes for wind-solar hybrid projects, small-scale solar projects (up to 4 MW), etc. The government has also launched the Pradhan Mantri Kisan Urja Suraksha evem Utthan Mahabhiyan (PM-KUSUM) scheme to help the agricultural sector and encourage solar farming. Under the PM-KUSUM scheme, solar power projects will be set up on the available barren land with only a marginal requirement for funds to be infused by farmers at 10 per cent of the project cost. The power generated from such projects will be used for irrigation purposes and will reduce the burden on discoms to provide subsidised energy to the agricultural sector.

The Reserve Bank of India (RBI) has also categorised small-scale renewable energy projects and energy efficient systems as priority sectors for lending, thereby making cheaper funds available to the segment, and thus making decentralised renewable energy systems commercially viable and affordable. Any lending to non-banking financial companies (NBFCs) for the purpose of on-lending to priority sectors has also been classified as priority sector lending for banks, thereby improving their market reach. Co-origination of loans by banks and NBFCs is also permitted. But the question remains, what more is needed to ensure the implementation of decentralised renewable energy solutions? The answer is capacity building on the schemes and incentives available under which clean energy access can be improved while also contributing to overall economic growth.

The government needs to provide technical assistance grants to banks, financial institutions and NBFCs for capacity building and assisting SME and MSME developers and farmers in successful implementation of decentralised energy solutions in a commercially affordable way. The Bureau of Energy Efficiency and Energy Efficiency Services Limited are actively engaged in creating awareness about various energy efficient solutions and their cost-benefit analysis through capacity building workshops. More such agencies are needed.

Another major challenge is establishing the bankability of such projects vis-à-vis grid-connected utility-scale projects being set up by leading players. There are schemes backed by multilateral agencies and funds that provide partial credit guarantees to banks and NBFCs for financing such projects, thereby minimising the default risk; however, the risk weight for such funding still remains the same. The RBI needs to come up with a policy to reduce the risk weight associated with such funding, thereby incentivising it by freeing up the capital in the banking system. Further, the central government may consider allocating dedicated funds to states and municipal corporations for making payments to developers to implement decentralised renewable energy systems on an aggregator model, thus reducing implementation and default risks. 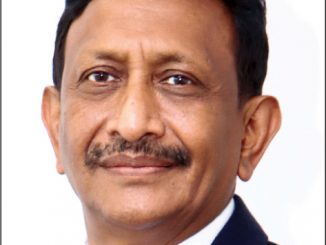 February 2021
Historically, India has been largely dependent on imported solar modules. However, the Indian solar industry suffered from significant supply chain is...
More