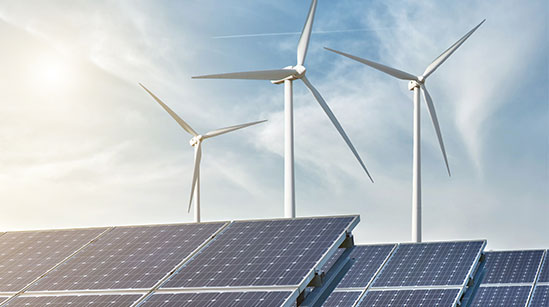 The Ministry of Power has amended its guidelines for tariff-based competitive bidding for power procurement from round-the-clock (RTC) power projects. RTC projects can now be bundled with any non-renewable energy source, including power from energy storage systems, while previously it could only be combined with thermal power. The amendment aims to address the problem of intermittency in power supply from renewable energy projects. It was also specified that there can only be one non-renewable energy source in the bundle and it also must have a spare generation capacity such that it can supply RTC power in the long run. Generators who are supplying renewable RTC power bundled with a non-renewable source must ensure at least 85 per cent of the capacity available annually and during peak hours. The peak hours will be declared by the regional load despatchcenter(RLDC) while previously, they were specified by the procurer in the bidding documents. In case the generator falls short of the pre-determined capacity, it will be liable to pay a penalty amounting to 400 per cent of the cost of power it fell short of. Previously, the penalty was 25 per cent of the cost of power shortfall.

In January 2020, the Ministry of Power had issued guidelines stating that RTC power must be a bundle of at least 51 per cent of renewable energy and the remainder must be supplied from thermal power. In May 2020, ReNew power won the SECI auction for 400 MW of RTC power at a tariff of Rs 2.90 per kWh. In March 2020, SECI issued a request for selection for renewable energy developers for the supply of 5 GW of round the clock power from renewables bundled with thermal energy.