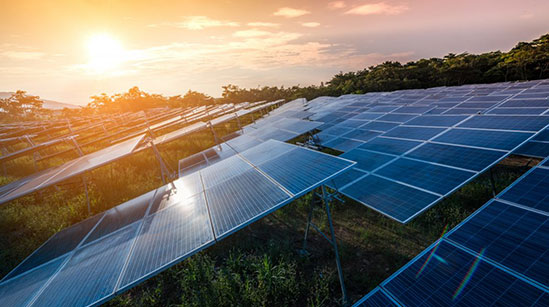 The military engineering services (MES) invited bids for the installation of 1 MW ofground-mounted solar capacity at the military cantonment situated at Itarana in Alwar Rajasthan. Bidders enlisted with the MES in Class A or above, channel partners approved by the Ministry of New and Renewable Energy (MNRE), or government agencies with a rating of 1A, 1B, 2A, and 2B will be eligible to bid for the tendered capacity. Further, the bidder must have successfully executed solar power projects for government departments or public sector undertakings in the last seven years. If the bidder has carried one project, it has been for at least 80 per cent of the tendered capacity. If the bidder has executed two projects, each project’s capacity must have been  50 per cent of the tendered capacity, and for three projects, each project must have been 40 per cent of the total capacity. The estimated cost of the project is Rs 68 million and interested bidders will have to pay an earnest money deposit of Rs 665,000. The capacity must be installed within 72 months of awarding of the contract. The deadline for submission of bids is December 8, 2020.

Military Engineer Services is a state-owned infrastructure development agency for the armed forces which was founded in 1923. The agency has carried out several solar projects in recent years across military camps in the country. So far, the agency has issued tenders for 131 MW of ground-mounted solar capacity. In October 2020, MES invited bids for 3MW of solar projects at two locations with 1.5MW at each location in Leh, Ladakh. The projects will be located in the settlements of Tangtse and Durbuk and will also be developed with a battery energy storage system rated 2.5 MWh. In June 2020, MES had floated a tender for 1MW of solar power along with additional infrastructure for a project to be located at Jorhat, Assam.