The Indian government had earlier taken a traditional approach to electrification, focusing on building up generation, transmission and distribution. But it soon realised the benefits of decentralised options, which are more affordable and efficient and much easier to install.

Given its massive rural population and the low level of electrification in villages, India was one of the biggest markets for solar power-charged appliances such as lanterns and fans that do not require power from the grid. The government also invested heavily in electricity generation (including solar and wind power plants), state-of-the-art high voltage transmission lines, and a multitude of household electrification projects. From October 2017 to March 31, 2019, the Ministry of Power’s (MoP) SaubhagyaRath electrification programme is said to have electrified 26.2 million households, with only around 19,000 households in Chhattisgarh remaining to be electrified in the country.

Due to these improved rural electrification figures, the need for solar lanterns and fans declined nearly 30 per cent year on year in the first half of 2019, according to a report from the Global Off-Grid Lighting Association, an industry group based in the Netherlands. But power outages, varying from 30 minutes per day to 14 hours per day in many rural areas, are still common in Indian villages. Since residential electricity rates are kept low by regulation, state-owned utilities, nearly always financially challenged, have little incentive to improve supply.

During power cuts, the common practice is to use inverters so that some lights and a fan can continue running, while some even use kerosene lamps. For running TVs, air coolers, etc. for a limited time, larger solar systems recorded an increase in sales in the first half of 2019. Multi-light system sales reached 92,000 units, almost doubling during July-December 2018, while solar home system sales crossed the 50,000 unit mark for the first time, the report said.

In 2014, with Dr Ashok Jhunjhunwala and DrPrabhjotKaur as coordinators, the Indian Institute of Technology (IIT) Madras, in conjunction with industrial partners, field-tested and deployed 48 V solar-powered direct current (DC) microgrids. The solar system developed by IIT Madras is called Inverterless-500, with the output power supplied in DC form rather than converting it to an alternating current (AC) form. The system interfaces directly with a solar panel varying in size between 125 and 500 Wp. The grid input (when the grid is available) is also up to 500 W, converted to 48 V-DC, and combined with the solar output. The combined output can charge a battery and provide a 48 V-DC distribution line within homes. When solar energy or the grid cannot supply the power output required, the battery output pitches in.

As in the rest of the world, India’s main power grid is based on AC. The IIT Madras system, by contrast, relies on DC, which is more efficient. This is because PV panels and batteries as well as consumer electronics, LED lighting and a growing range of appliances work with DC, and thus the losses that come with converting back and forth between AC and DC are avoided. Each conversion incurs a power loss of 5-20 per cent. Furthermore, the power usage goes down significantly when DC-powered appliances are used. The net result is that a 125 W solar panel can power a small home including multiple lights, a fan, a TV and a cell phone charger, when used with a battery of 1.25 kWh, even during brownouts.

In 2015, IIT Madras licensed the technology to Hyderabad-based solar power company Cygni Energy, a start-up incubated by the Rural Technology Business Incubator of IIT Madras, to roll out uninterrupted direct current (UDC) systems in the city of Sasaram in Bihar initially. The state has the largest deficit between peak demand and supply and the lowest per capita electricity consumption. Although these homes were connected to the existing AC power grid, the reliability was poor and residents were desperate for an alternative. Sasaram has now become the world’s first DC city and reportedly has a DC power line installed in every home. 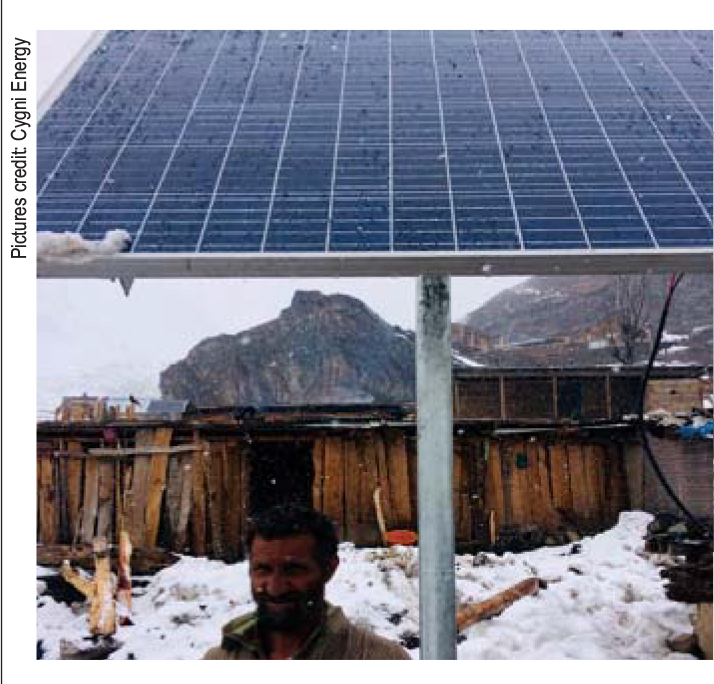 Growth in leaps and bounds

As per media reports, in January 2018, Cygni Energy’s equity funding was led by Endiya Partners, an early stage venture capital firm that invests in product start-ups, and the debt portion by IndusInd Bank, a private bank in India. Cygni Energy thus raised funding of $6.4 million through a combination of equity and debt. The funds helped the start-up in expanding capacity, strengthening research and development capabilities, and increasing market reach.

In 2017, with funding from the MoP’sSaubhagyaRathprogramme, the team worked on two large-scale projects to reach more than 50,000 households in various states. Adding to the milestones that the company had achieved, a former circle chief technology officer of Airtel was appointed as chief operating officer. The company posted annual revenues of $7.8 million for financial year 2018 and was looking at a buoyant growth in the next fiscal.

Meanwhile, solar systems have become relatively inexpensive, each costing approximately $400 (Rs 28,000 approximately), and include solar panels, Inverterless-500, a battery, fans, lights and a cell phone charger. The size and weight are small, and they can be carried through difficult terrain in remote project sites in Assam, Manipur, Jammu & Kashmir, Rajasthan and Madhya Pradesh. 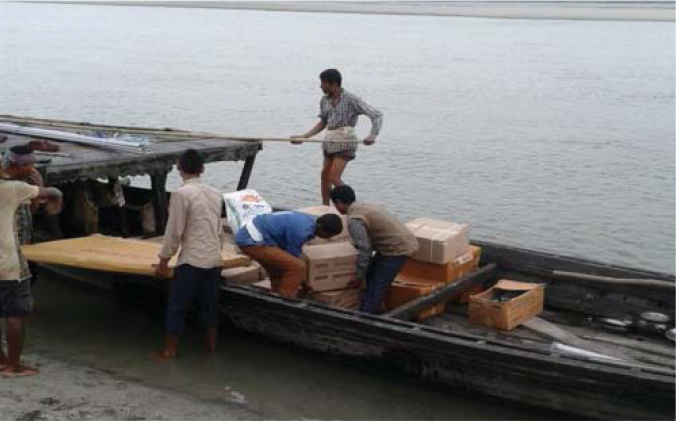 A major challenge faced was their transportation through desert areas/sand dunes in Rajasthan, with scattered homes and no paved roads, where only tractors or four-wheel carts and camels could reach. In rain-infested areas, the muddy roads presented another big hurdle. Trucks could get stuck in the slush, slide and fall off the mountain. So, material was moved in small trucks and tractors, with the last lap involving head or hand carrying of material for up to four days. In Assam, for example, buffalo carts and boats were used.

A Rajasthan village, BhomjikaGaon, was the first to be electrified using solar DC microgrids in partnership with the utility company Jodhpur VidyutVitran Nigam, at a fraction of what it would have cost to extend the traditional power grid to such a remote site. The Manipur project, taken up at a cost of Rs 115 million, was funded by the Manipur Renewable Energy Development Agency.

Installations outside Rajasthan also included groups of two to four houses sharing a single 500 W microgrid and one installation in which about 30 houses share a 7,500 W microgrid. With these larger networks, the amount of electricity allotted to each household can be remotely varied, to accommodate different size households, via a wireless connection to the UDC meter in each home. The shared equipment reduces the installation and operating costs for each household.

Cygni Energy was the first company to be recognised under the government’s Start-up India Scheme in 2015. Together with IIT Madras, it has received several awards, including the “Greater Good Award for a Remote Microgrid” for its Manipur rural electrification project at the Microgrid May 2019 conference.

The chief executive officer of Cygni Energy, VenkatRajaraman, reports, “As of date, Cygni has installed over 11,000 kWp of DC capacity and electrified 846 villages (powered 45,000 homes) in 10 states that include Assam and Jammu & Kashmir.” 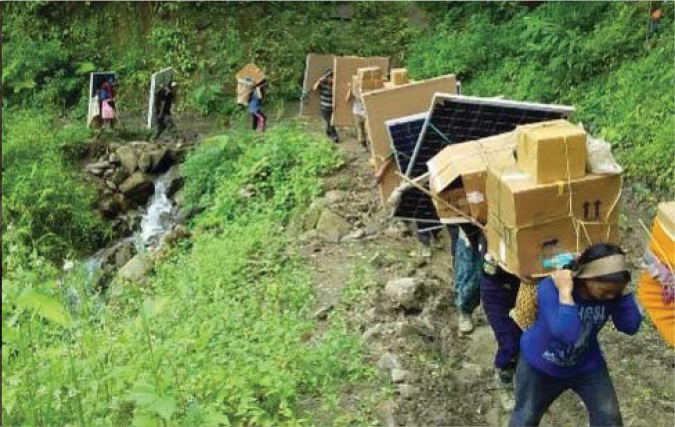 As mentioned above, the breakthrough technology uses DC solutions to do away with AC to DC and DC to AC conversions, resulting in savings of 30-40 per cent of energy. Further, two-year warranties are provided. Solar DC not only replaces the expensive, bulky and inefficient inverters, but also saves up to 50 per cent of the electricity bill. The advanced lithium-ion battery is more efficient and long lasting compared to other batteries. The energy consumption can be monitored remotely through the company’s energy management dashboard with inbuilt Bluetooth/GPRS connectivity. With the Cygni mobile app, energy usage can be tracked on the go.

With these win-win benefits, it is hoped that solar DC microgrids, paired with UDC meters, will evolve in a manner similar to mobile phones in India’s cellular network, leapfrogging over traditional infrastructure. As households consume far less energy and generate that energy right where it is used, their utility bills will drop. As homes become less dependent on the traditional grid, they will be less affected by power cuts and eventually, such outages will disappear, as gaps between supply and demand reduce to zero. 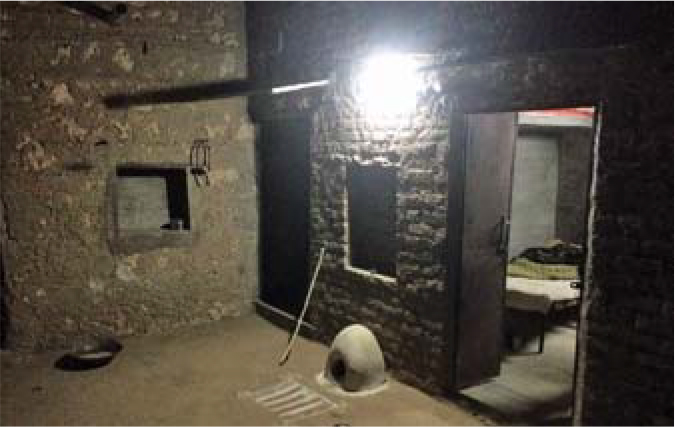 Village folk now aspire to have a small refrigerator, a mixer, a butter churner (in many parts of the country), water pump, induction cooker and an air cooler. Reducing the power consumed by an appliance is essential to help reduce the electricity costs for a rural, low-income consumer. Making equipment DC-powered is an important step, as most appliances inherently need only DC power. An induction motor-based ceiling fan, widely used in India and deployed in off-grid homes, would consume 72 W of AC power at full speed. The power consumption of the fans was reduced to merely 30 W at full speed, when a 48 V DC-powered brushless DC motor-based fan was used. In a similar manner, more energy efficient DC-powered DC motor-based refrigerators, mixer grinders and air coolers have been developed, so that the average power consumed will go down substantially.

Even a modest level of access to electricity can transform lives in a big way. These villagers now enjoy comforts, conveniences and security that they never thought they would have.