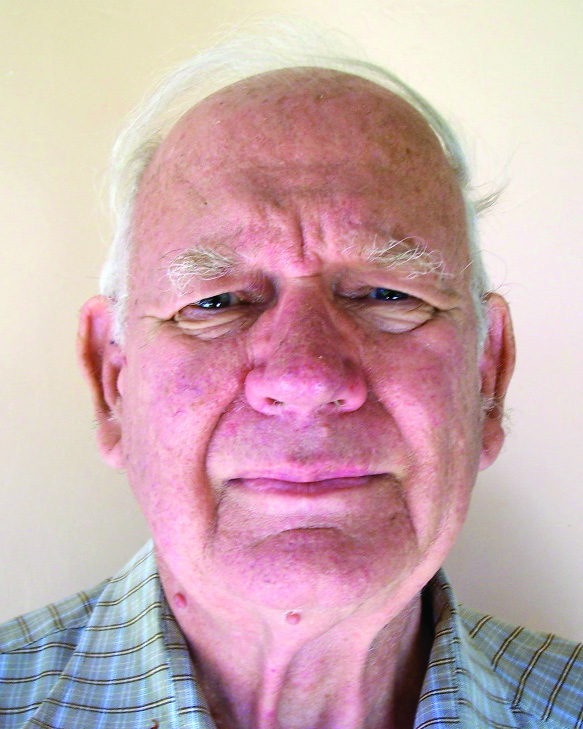 David Zarembka is a peace and development activist focusing on Eastern Africa. As a peace activist, he was instrumental in introducing the Alternative to Violence Project in Rwanda, Burundi, Kenya and Congo. He was also a part of the Healing and Rebuilding Our Communities programme in Rwanda and Burundi, and its expansion in Congo and Kenya. From 1998 to 2016, he served as the coordinator of the African Great Lakes Initiative of the Friends Peace Teams. He studied African history at Harvard College and went on to do his master’s in international and development education from the University of Pittsburgh. Zarembka is a voracious writer. He blogs on a range of environmental and social issues in the East African region and has authored the book, A Peace of Africa: Reflections on Life in the Great Lakes Region. In an exclusive interview with Renewable Watch, he talks about the current status and challenges of the renewable energy sector in Africa. He also shared his perspective on the continent’s transition from fossil fuels to clean energy. Excerpts…

What is your view on the current growth trajectory towards the adoption of renewable energy in Sub-Saharan Africa?

Sub-Saharan Africa is an emerging market that is fast moving towards solar and wind power generation with the potential for battery backup systems. Although in its early stages at present, solar energy is gaining traction on the back of falling costs and greater availability, and is expected to become a major source of additional energy generation in Sub-Saharan Africa.

Can off-grid solar applications help in achieving universal electricity access in Africa? Can you share some success stories in this space?

The development of the home solar system was the biggest innovation in Africa. In 2007, Safaricom, the Kenyan cell phone company, launched M-Pesa, which means “mobile money”. The move enabled people to send and receive funds through their cell phones. This company then developed a small home solar system that consisted of an 8-watt solar panel, a small battery, three LED lights, a phone charger, a torch, and a radio. The cost was a small down payment and a US 50 cent charge per day paid through the cell phone. After a year, when the payments were complete, the buyer could own the solar system. This was hugely successful among Africans who could not afford grid power. As time went by, other systems were developed, including a 24-inch flat screen TV, a fan, and more recently, a small solar-powered refrigerator. What still needs to be developed is an economical solar-powered electric cooker to replace cooking with wood, charcoal and cooking gas.

What is your view on the transition from fossil fuels to renewable energy in Africa? What are the roadblocks in this transition?

While wind and solar energy have come late to Sub-Saharan Africa, they are replacing nuclear and coal power generation. This is despite the fact that countries such as Japan, South Korea, China, France, Russia and the US are phasing out their own nuclear and coal base power plants but are promoting these sources in Africa. They are offering to finance the construction of new projects by their own companies. Nonetheless, they are now losing out due to the changing energy dynamics in Sub-Saharan Africa.

There are only two small nuclear power plants in Africa and both are in South Africa. Built in 1984 and 1985 by the former apartheid regime, there are plans to phase out these nuclear projects in 2024 and 2025. The former Zuma regime, ousted in February 2018, had planned to build six to eight nuclear power plants by 2030. However, the new Ramaphosa regime cancelled all these plans.

South Africa, by far the largest consumer of electricity in Africa, currently receives 93 per cent of its 47,000 MW of electricity from coal. The country’s plan is to increase its electricity generation by 1,500 MW from coal, but this has met with stiff opposition. Meanwhile, South Africa’s green energy goals encompass increasing hydropower by 2,500 MW, solar by 6,000 MW, and wind by 14,400 MW. When this happens, the share of coal in the electricity mix will drop to 53 per cent.

Outside of South Africa, there are only 12 other operational coal plants in Africa. While many new coal plants were proposed, these are being re-looked at by the government and in most cases, cancelled. Kenya just called off its Lamu coal plant to replace it with projects based on geothermal, wind, and also solar. Botswana has also shelved two proposed coal plants to be partly replaced by two 50 MW solar farms.

What are the key challenges in setting up renewable energy projects in Africa?

One concern raised by politicians and economists is about low electricity consumption in Africa. For example, in Burundi, only 8 per cent of its 11 million population is connected to the grid; this is because the country’s current power generation capacity stands at just 68,000 kW. The current scenario presents an opportunity for investors given that most African countries have chalked out plans to rapidly increase access to electricity. In the past five years, Kenya has increased its electricity access from about 25 per cent to over 75 per cent, and it further plans to connect the rest of the country in the next few years. The downside, however, is that these new consumers of electricity are using only small amounts of electricity, mostly less than 50 kWh per month. As a result, this has not increased the consumption of grid power anywhere near to the anticipated level.

Kenya’s Lake Turkana Wind Farm, the largest in Africa at 310 MW, came online in September 2018. It took nine years for this to happen. In addition to the regulatory and financial issues, the $740 million project involved upgrading 200 km of road to carry wind turbines to the remote site and laying a transmission line to carry the electricity back to the centre of the country. Connecting the wind farm to the grid was delayed when the Spanish company with the contract to build the transmission line went bankrupt. These are the type of issues that occur in a developing country.

The equator runs right through the middle of Africa. Therefore, the sun shines about 12 hours every day without the winter darkness of the northern hemisphere. In this situation, solar is ideal. Moreover, Sub-Saharan Africa has large areas of desert, and arid/semi-arid land that receive sunshine for more than 300 days a year. Even so, Sub-Saharan Africa has been slow in adopting solar energy. The largest solar farm in Sub-Saharan Africa is South Africa’s 175 MW De Aar solar farm. It took only 28 months to construct. One of the major advantages of solar projects is that they can be built in a short period of time and this considerably cuts down the possibilities of cost overruns that plague nuclear, coal and hydro projects. All other solar projects are 100 MW or less. In a recent development that might be a harbinger of things to come, Kenya has signed a deal for the 80 MW Meru County Energy Park with 20 wind mills, 40,000 solar panels, and back-up batteries.

What is the likely share of hydropower in the future energy mix? What is your view on its possible environmental impact?

Currently, hydropower is the major source of electricity in Africa. Nevertheless, Africa has used only about 10 per cent of its hydropower potential. In order to harness this potential, a number of major dams have been planned and are currently under construction. However, issues such as water sharing conflicts and environmental hazards have cropped up along the way.

Upon completion, the Grand Ethiopian Renaissance Dam on the Blue Nile River in Ethiopia will be the largest dam in Africa and the seventh largest in the world. Its rated capacity is 6,450 MW, more than Ethiopia’s total power generation capacity of 4,300 MW in 2018. The proposal is to sell the excess electricity to Egypt and Sudan, partly in order to cover the expected $4 billion cost of the dam. Construction of the dam began in 2011 and it is expected that it will start producing some electricity this year. The dam is supposed to be completed in 2022. Egypt, Ethiopia and Sudan have been in constant negotiations on how the Nile River water is going to be allocated. One major issue is the lack of downstream water during the 5-15 years it will take for the reservoir to fill. This large dam is likely to become a white elephant as Ethiopia will be unable to use or sell this massive amount of additional electricity.

The Gibe III dam, also in Ethiopia, illustrates the environment issues with large dams. It took two years to fill the reservoir and during this period the average level of the downstream 30 metre deep Lake Turkana fell 2 metres. If the proposed Gibe IV and Gibe V dams are built and the 450,000 hectare irrigation scheme is completed, Lake Turkana, like Lake Chad, will mostly dry up, leaving the 300,000 Kenyans in a dire condition because they depend on the lake for survival. Drought is another major problem with hydropower. Currently, there is an extreme drought in Zambia and Zimbabwe, and, the Zambezi River is only a trickle of its normal self. There is so little water that the 1,626 MW Kariba Dam, which supplies much of the electricity to these two countries, is now generating power for only six hours per day.