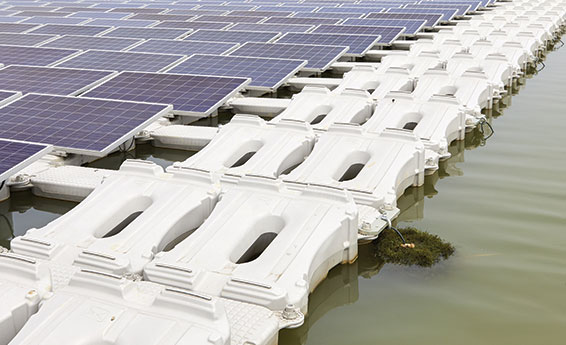 Bharat Heavy Electricals Limited (BHEL) has issued a tender for conducting a detailed survey for a proposed 22 MW floating solar project in Kerala. The project will be installed at Rajiv Gandhi Combined Cycle Power Project at Kayamkulam. The estimated cost of the project is Rs 0.83 million. The scope of work includes the geotechnical investigation of land, bathymetric survey, and geotechnical investigation of the water body on which the floating solar project is to be installed. The scope also includes mobilising necessary survey instruments, materials, tools, equipment, survey boat, and labor for conducting the survey. According to the tender document, interested bidders should have executed similar work related to the bathymetric survey and geotechnical investigation of water bodies in the past. The last date for the submission of the bids is December 27, 2019.

India had less than 5 MW of floating solar installed capacity as of October 2019. However, the country has abundant waterbodies in the form of reservoirs inside hydro and thermal power plants as well as a number of lakes and ponds, which present ample opportunities for installing floating solar projects. As per media reports, even if 10-15 per cent of the existing reservoirs and waterbodies are utilised, there will still be a potential to deploy 300 GW of floating solar projects. Apart from offering significant potential to produce electricity, floating solar provides various technical advantages upon installation. Studies have shown that the cooling effect of water on solar modules lowers their temperature, thereby improving the energy yield and potential system efficiency. The lack of obstructions and shading in open waterbodies prevents the formation of hotspots, while less dust reduces soiling losses.

Read more about this niche segment in a story covered in the ninth anniversary issue of Renewable Watch: https://renewablewatch.in/2019/11/04/attractive-alternative-2/