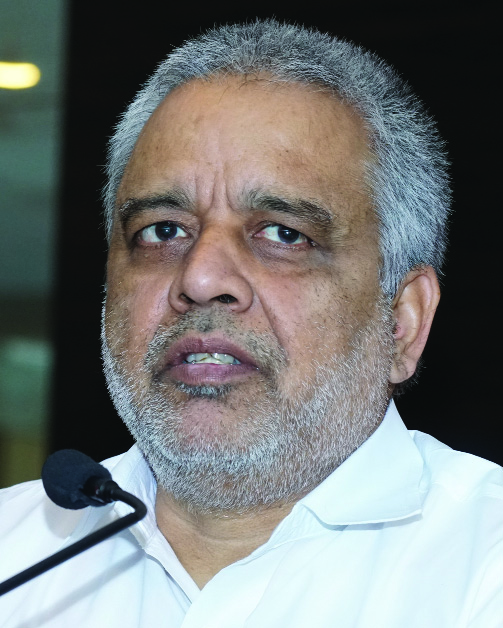 Formed in 2014, the young state of Telangana has succeeded in removing many of the shortcomings in its power sector and becoming a leader in the solar power space in a short span of time. The state has opted for a more distributed approach in implementing solar power projects rather than large solar parks. This has helped the state to address transmission and land issues that are plaguing the rest of the country. In an interview with Renewable Watch, Ajay Mishra, special chief secretary, energy department, Government of Telangana, speaks about the key initiatives taken by the state in this area, the progress so far and the future plans. Excerpts…

In line with the growing global and national focus on renewable energy and its increased penetration in electricity grids, I am happy to inform that the installed capacity of renewables in Telangana currently stands at 4,085 MW. This includes rooftop solar. It is amongst the best performing states in the country in terms of renewable energy procurement, with renewables accounting for a share of 24 per cent in the total installed power capacity of the state.

In a short span of time Telangana has become a leader in the solar power space. What was the strategy behind this?

The state’s vision has always been to remain a front runner in the renewable energy space. And to realise this, Telangana started procuring renewable power through competitive bidding in 2012 itself, much ahead of its counterparts. The state then adopted an innovative approach of adding large solar power capacities through the distributed generation model. This led to multiple benefits such as a reduction in losses in the transmission network, the avoidance of additional capex towards system strengthening and a reduction in variability, as well as socio-economic benefits. The state is now realising significant savings of up to Rs 400 million per year as a result of avoidance of transmission losses through power injection at the 33 kV level. In addition, Rs 5 billion worth of investments for strengthening transmission systems have been avoided.

With respect to ease of doing business, single-window clearance is being provided to expedite projects while incentives are being offered for the early commissioning of projects.

What are the key upcoming schemes and tenders in the state’s renewable power sector?

Going forward, Telangana will continue to procure renewable power to remain at the forefront of clean energy development. The state is assessing the viability of adding 1,000 MW of solar capacity through competitive bidding under the distributed model. The introduction of competitive bidding in the wind power sector is also a welcome step and would enable utilities to offer sustainable power at a lower cost. In fact, Telangana is planning to issue a wind power policy shortly.

With regard to rooftop solar, about 90 MW of capacity has been commissioned till date. The state has been ranked second under  State Rooftop Solar Attractiveness Index (SARAL) by the Ministry of New and Renewable Energy (MNRE) for ease of implementing rooftop solar projects. A 31.12 MW rooftop solar tender for the Hyderabad Metropolitan Water Supply and Sewerage Board was launched in March 2019 under the renewable energy service company (RESCO) mode. Many initiatives are being planned by the state government in coordination with Telangana State Renewable Energy Development Corporation Limited (TSREDCO). These include a tender for the installation of rooftop solar projects on government buildings under the RESCO mode; and a 100 MW floating solar project to be implemented on a pilot basis for the existing lift irrigation scheme. In addition, a 19.8 MW municipal solid waste power project has been accorded permission and 50 per cent of the work has already been completed.

How is the state planning to achieve the target of 5 GW of renewable power by 2021-22? 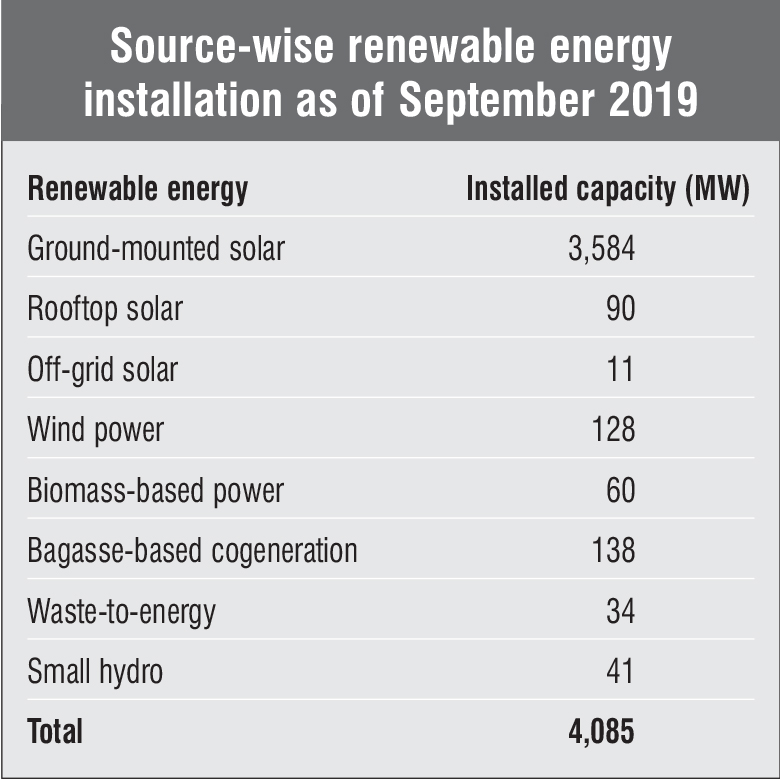 Of the available solar power potential of 20.4 GW, 3.7 GW of capacity has already been installed and another 0.3 GW is under implementation by state entities for captive consumption. The Telangana government is planning to add another 1 GW to reach the 5 GW capacity target despite already having exceeded the state electricity regulatory commission’s renewable purchase obligation target.

What is being done to tackle transmission- and land-related issues?

Adding solar capacity in a distributed generation manner has helped in addressing transmission network-related issues, as the consumption happens at the local substation level. Thus, the state does not face any congestion-related challenges and there is a marked reduction in network losses. Unlike a solar power park model, a consolidated land bank at a single location is not necessary in distributed generation. In this approach, land procurement is in the developer’s scope of work.

What are the provisions of the state government for promoting open access projects? What is your outlook on the bottlenecks for such projects?

Currently, around 400 MW of solar power capacity is permitted under open access. The Telangana Solar Power Policy, 2015 promotes solar power under the open access mechanism with suitable incentives, banking provisions, etc. However, like every other state, Telangana is also facing certain challenges in implementing open access transactions with respect to uniform settlement. Discoms are being forced to back down their own generators during the solar generation period. Meanwhile, during peak time, which is the night-time when there is no sun, discoms have to adjust banked energy by purchasing power from the market/exchange.

What is your perspective about floating solar and energy storage projects? How is the state promoting these projects?

What is your outlook for renewable energy in the state?

Telangana recognises the role of renewable energy, especially solar power, in meeting the growing power requirements of the state. It has thus decided to increase the share of renewables in its future energy mix. The state is blessed with one of the best average solar insolation levels with nearly 5.5 kWh per square metre of solar irradiance and more than 300 sunshine days. Several initiatives are being taken to improve the renewable energy share and create awareness among consumers in the state. Discoms have undertaken a residential consumers’ awareness programme. As part of this, they are setting up information booths at various events, carrying out radio campaigns, and publishing information on rooftop solar in various newspapers. The discoms, in coordination with TSREDCO, have also invited interested developers and empanelled qualifying companies to take up the installation of residential rooftop systems, thereby facilitating quality and timely maintenance in the future.