Bioenergy has gained traction as a viable energy alternative primarily because it is sourced from relatively cleaner and replenishable sources.

India has set a target of achieving 10 GW of biopower-based installed capacity by the year 2022. The progress on this front has been good with 99 per cent of the target having already been achieved in September 2019. The current installed biopower generation capacity stands at 9,946.1 MW. The main driver of this growth has been biomass cogeneration.

While biomass can be used to produce heat and electricity, it can also be converted into fuels such as methanol and ethanol. One of the fuel sources that has seen significant uptake is biomass-derived fuel or biofuel. It is produced from a variety of feedstock such as wood residue, agricultural waste, plant waste, industrial waste and municipal waste.

The government is working on a four-pronged strategy for promoting ethanol, second generation ethanol, compressed biogas and biodiesel. In fact, several initiatives have been undertaken since 2014 to increase the production and blending of biofuels.

The Ministry of New and Renewable Energy (MNRE) has introduced various programmes for promoting the bioenergy segment in India under which it provides central financial assistance for setting up projects as well as for supporting programme implementation, information dissemination and trainings. These include the New National Biogas and Organic Manure Programme (NNBOMP), Biomass Power and Bagasse Cogeneration Programme, and Biomass Gasification Programme. The Biogas-based Power Generation (off-grid) and Thermal energy application Programme (BPGTP) is also being implemented for 3 kW-250 kW capacity plants.

For promoting biofuels, the central government announced a national policy on biofuels in 2018. The aim was to utilise indigenous non-feed stock raised on degraded or waste land, and promote research and development (R&D) in cultivation, processing and production of biofuels as well as the blending of fuels with ethanol. It classified biofuel as basic biofuel (first generation) and advanced biofuel (second and third generation). For ethanol production, the scope of raw material was expanded to allow the use of surplus food grains. The policy also encouraged the setting up of supply chain mechanisms for biodiesel production from non-edible oilseeds, used cooking oil and short gestation crops.

In March 2019, the government introduced the Pradhan Mantri JI-VAN (Jaiv Indhan – Vatavaran Anukool fasal awashesh Nivaran) Yojana for providing financial support through viability gap funding to integrated bioethanol projects using lignocellulosic biomass and other renewable feedstock. This is expected to help in setting up second-generation ethanol projects across the country.

The government has allowed direct sale of biodiesel (B100) for blending with high speed diesel to all consumers, in accordance with the blending limits and standards specified by the Bureau of Indian Standards. To this end, guidelines for the sale of biodiesel for blending with high speed diesel for transportation purposes were issued in May 2019. In August 2019, an expression of interest (EoI) was floated by Indian Oil, Bharat Petroleum and Hindustan Petroleum for the procurement of biodiesel made from used cooking oil.

In October 2019, the Cabinet Committee on Economic Affairs (CCEA) approved the review of guidelines for granting authorisation to market transportation fuels. The new guidelines disposed of the 17 year old rule that made it mandatory for companies seeking authorisation to have a net worth of at least Rs 20 billion. The entities seeking authorisation will now only need a minimum net worth of Rs 2.5 billion. In addition to conventional fuels, the authorised entities will be required to install facilities for marketing at least one new generation alternative fuel at their proposed retail outlets within three operational years. Alternative fuel includes compressed natural gas, liquefied natural gas and biofuel. The new guidelines also call for the inclusion of electric vehicle charging. This amendment has opened up the biofuel market to more entities and is expected to promote further growth in the segment. 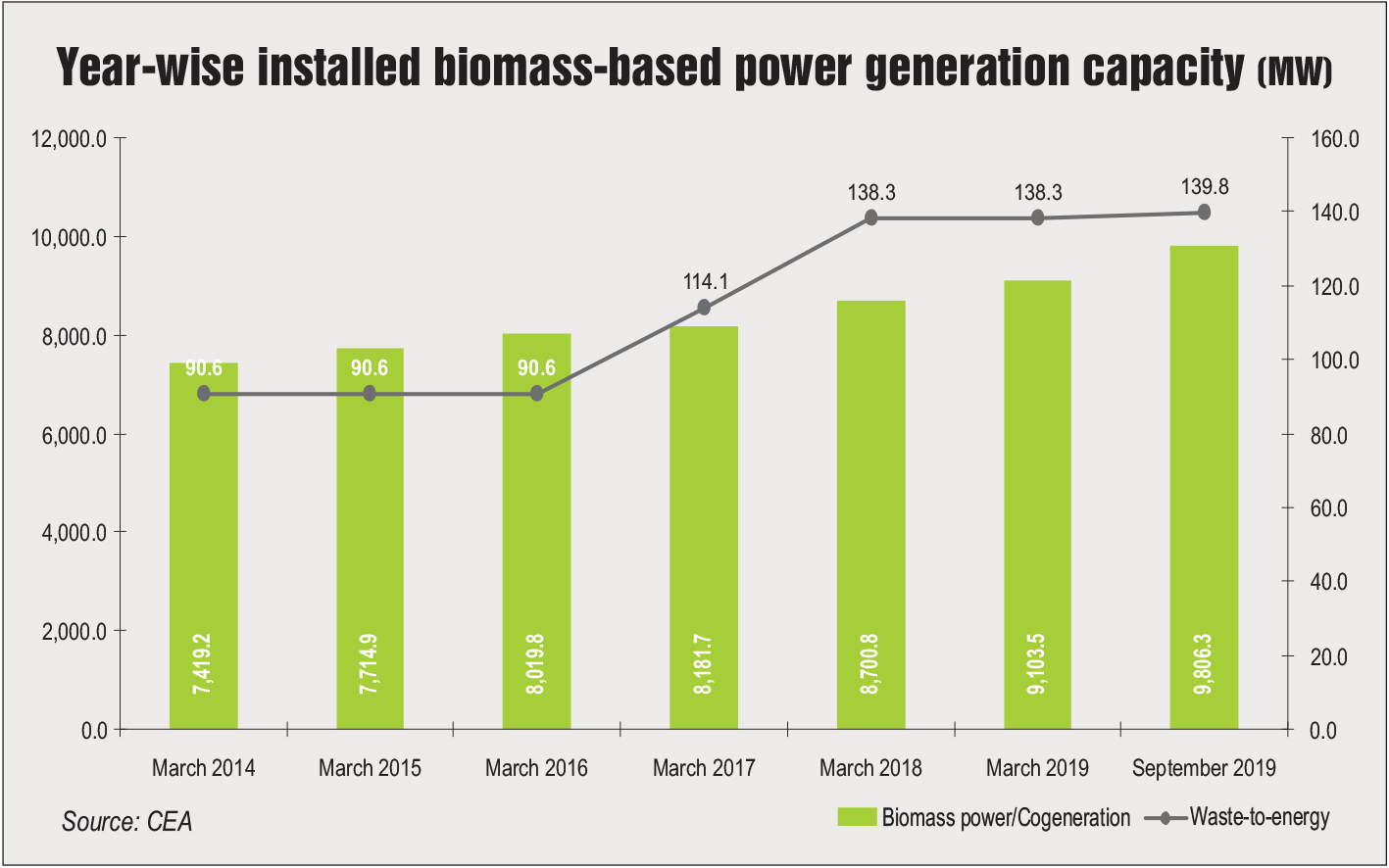 Biofuels can be classified into generations based on the biomass feedstock used to produce them. First-generation biofuels are derived from food sources such as sugarcane and corn starch while second-generation fuels use non-food biomass sources, which include perennial crops such as jatropha and cassava as well as agricultural and municipal waste. In India, millions of marginal farmers and landless people were encouraged to plant jatropha. However, the results were disappointing and 85 per cent of the jatropha farmers discontinued sowing it.

Jatropha failed to emerge as a viable biofuel due to an overestimation of the plant’s capabilities, as the species is not yet sufficiently adapted for cultivation to provide sustainably high yields and economic returns, together with a lack of diligence in implementing nationwide cultivation plans. Bharat Petroleum Corporation Limited (BPCL) and Indian Oil Corporation Limited (IOCL) entered into joint ventures to carry out jatropha plantation with the help of gram panchayats in Uttar Pradesh. Similarly, IOCL had formed Indian Oil Ruchi Biofuels LLP to participate in the Jeevan Jyoti Yojana Project of the Uttar Pradesh government for planting jatropha on panchayat wasteland. However, both companies closed down due to poor yield, high operating costs and lack of seed availability.

Further thrust on research and development is required to propel the biofuel segment. National oil companies  comprising Oil and Natural Gas Corporation Limited (ONGC) and Oil India Limited (OIL) have various R&D institutes. They have also collaborated with domestic and international universities along with R&D institutions for undertaking research. The research activities involve exploration and production of hydrocarbons. The objective of these R&D activities is to provide knowledge-based, competent solutions that are technologically and economically feasible. These solutions can be in areas of exploration, drilling, production and transportation of crude oil and natural gas, and pollution monitoring and control.

Bioenergy offers over 200 GW of largely untapped power potential but the segment has been growing at a slow pace. In order to promote growth in the segment, a variety of measures are needed. On the demand side, policies could be formulated to help facilitate the demand for biofuels through tax exemptions, mandates for blending with petroleum, and user subsidies. On the supply side, introducing blending and transformation subsidies can help bridge the cost difference between biofuels and petroleum, whereas agricultural subsidies can help enhance the production of crops used as feedstock for biofuels. Other measures include financial support through accessible loans to entities in the biofuel supply chain to help in the installation and maintenance of infrastructure.