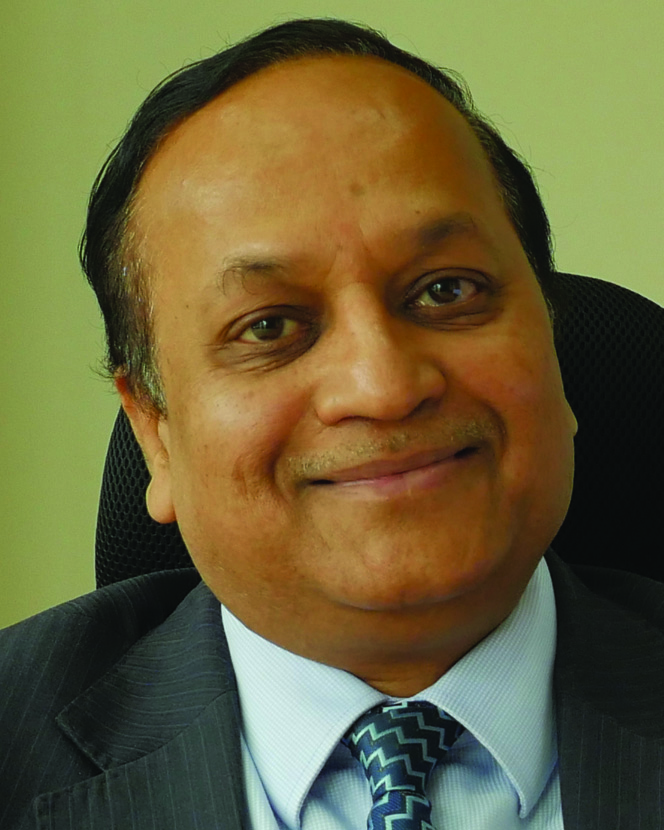 Established in 2012, Hero Future Energies has come a long way to have a portfolio of 1.3 GW of wind and solar power, and an additional 1.5 GW under construction or planned. It is one of the few players in the troubled renewable energy sector to have received a large funding recently to support its expansion plans. In a candid interview with Renewable Watch, Sunil Jain, chief executive officer, Hero Future Energies, spoke about the major disappointments for the sector and possible solutions to tackle current challenges…

What have been the major disappointments of 2019 as far as the renewable energy sector is concerned?

While India has come a long way in renewable energy in the past decade, the year 2019 has had a number of disappointments. One, a weak economy characterised by huge liquidity crunch and lending bottlenecks rattled stakeholders across the renewable energy sector, which is highly capital intensive. As a result, public sector banks were really wary of lending to renewable energy projects and only a few private banks came forward. Two, Andhra Pradesh’s decision to renegotiate tariffs of solar and wind projects further plunged the clean energy sector into its worst crisis. This happened more than six months back but the issue still stands unresolved. Three, despite a large number of tenders coming in, participation has declined tremendously during the year. Tariff ceiling has been a key reason for undersubscription as the price cap set by tendering agencies has been below viable levels. It became a chicken-and-egg situation wherein if the tariff went up, utilities refused to sign PPAs and if the ceiling was set low, developers declined to participate. If this situation does not improve, it will have an adverse impact on India’s ability to reach the 175 GW milestone set for 2022. Four, payment irregularities by discoms continued to plague the industry, creating needless uncertainties in the investment climate. The industry also faced headwinds in terms of safeguard duties on modules, payment security issues, transmission constraints and land acquisition challenges.

Most of these issues have stemmed from policy inconsistency. Nothing can be more disruptive for an emerging sector that seeks to attract global investors, than ad hoc and abrupt policy changes. A classic example is that of the solar module manufacturing industry. The government had reserved auction capacity for domestic manufacturers, but this drew a World Trade Organisation censure. Import duties were applied and then removed; currently, certain safeguard duties are being levied on imported modules. The wind industry has been caught unawares as well, by the introduction of an auction-based regime to award bids in place of the feed-in tariff (FiT) mechanism.

What steps are being taken by the government to address these challenges?

I won’t say that the central government is not making serious efforts to address the concerns, so, there is no lack on their side. The challenge is to get all the states at par with the national level targets and policies to resolve issues pertaining to policy inconsistency, delayed payments, and transmission and land constraints. Overall, the optimism in the private sector about India’s clean energy prospects a couple of years ago is hard to find now. But it is the general sentiment about the economy that has emerged as a big worry and the Ministry of New and Renewable Energy cannot do much about improving the overall liquidity situation. If developers have to service their existing debt through their equity, it restricts their capability to invest in more number of projects. This is a key reason for lower participation across tenders. So, the overall economic situation needs to improve.

How did the solar segment fare vis-a-vis wind?

Solar has certainly fared way better than the wind power segment, which is going through very tough times.  The wind power segment was once the star performer. Unfortunately, the transition from FiT to competitive bidding has not panned out well for wind power developers. This has, in turn, impacted the financial health of wind original equipment manufacturers. Windy states such as Tamil Nadu, Telangana and Andhra Pradesh have been delaying payment to wind power producers, which is hurting the margins of turbine manufacturers. The majority of them are either bankrupt or on the verge of insolvency.

Why did IPPs become so aggressive in bidding for projects?

I agree that wind IPPs went aggressive believing in what they thought was the right cause for the sector. They quoted extremely low bids for the initial set of projects but eventually they realised that these are not sustainable. Now that the realisation has set in, a number of IPPs are refraining from bidding. Most of the existing projects are also stuck due to some of the challenges I mentioned earlier.

What is the way out of this crisis?

The government will need to provide extension for project development as financial closure is not being achieved in time, land acquisition has been difficult and transmission challenges remain. My suggestion to policymakers is that they need to have the state government on the same page to achieve the capacity development targets because at the end of the day, it is the state governments that have the ultimate power. Even if the PPAs are being signed by SECI and NTPC Limited, developers have to sell power to state discoms. If the latter refuse to buy power, a PPA loses its sanctity. I still believe that the 2022 targets can be achieved if the government is able to resolve state-level issues. On a larger level, the government needs to have a well thought-out and well-backed five-year growth plan supported by the right rationale and financial planning. Developers will also get clarity on how they want to chart their growth plans. Otherwise, it will become a vicious cycle of crisis.

How can the challenge of poor discom financials be tackled?

State-run discoms have been under financial strain for a long time and the government has tried various schemes to revive them with none of them proving successful. One solution to this issue is the privatisation of discoms. This could go a long way in solving the existing challenges. I’m not saying it will be resolved overnight but a five-year plan can be there. Let us take the case of Karnataka, which has five discoms. If you privatise Bangalore Electricity Supply Company Limited (BESCOM), which is the best performing utility of all, this private operator should be asked to run both BESCOM and one of the lower performing utilities in order to achieve best and balanced results. By doing this, the government will be able to reduce its subsidy burden.

What have been the high points for the sector during 2019?

This industry, despite the ongoing crisis, has managed to keep its head above water and not one renewable energy company has defaulted and become a non-performing asset. A trend of consolidation has started because the sector needs deep pockets to tide over this situation. In the next three to four years, there will be only four to five big players left in the system for taking up large-scale projects.

Do you see large investors moving out of the renewable energy sector?

Not exactly. Hero has recently secured $150 million from the Abu Dhabi Future Energy Company, Masdar. In yet another development, Singapore’s Temasek has teamed up with Swedish private equity group EQT to launch a new renewable energy platform for India. This new venture will build wind and solar farms ground up and acquire assets to bulk up. So, investors can at most be termed cautious.

What has been Hero’s experience in the project development space?

We have had our highs and lows. Land acquisition has been the most challenging task but having that said, liquidity concerns never impacted us as we are a part of a large group. But the fact of the matter is that land and evacuation constraints continue to be the biggest stumbling blocks.

In your opinion, does the solar rooftop segment offer significant potential?

In the solar rooftop space, growth is largely constrained due to structural issues. Otherwise, the potential is immense and a lot is happening in the space. While growth so far was restricted to the government and institutional segments, of late, it is picking up with the commercial and industrial (C&I) segment opting for rooftop solar plants. But, the fact is that it is still miniscule compared to the targets set by the government. The segment has reached a dismal capacity number of around 3 GW and that too with a lot of government support. Hero has also set up 50 MW of capacity in this space for both C&I buyers as well as government and institutional consumers. However, utilities and regulators are a big hurdle for this segment. Even though C&I consumers would like to opt for solar power, the utilities and regulators do not allow them to go all the way. And, the residential segment, which was perceived to be the biggest adopter of rooftop solar, has not seen any sizeable traction so far.

What are the biggest opportunities for IPPs in the near and long term?

Solar hybrid is going to be a big trend in the coming years. Energy storage, too, is likely to change the sector dynamics as it will bring consistency to variable renewable energy. It will be a game-changing technology and Hero Future Energies will be working towards developing both these verticals. But the challenges with every new technology are similar and will need to be tackled at a fundamental level.