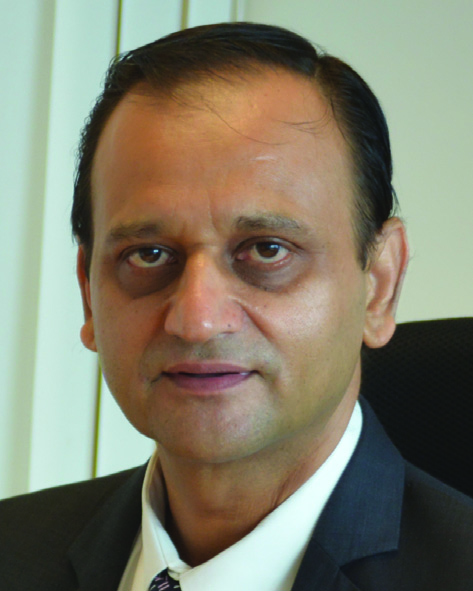 The year 2019 has been a mixed bag of opportunities and challenges for developers and manufacturers in the solar power space. While there have been many policy developments, new issues have cropped up dampening overall interest. Against this backdrop, Ashish Khanna, managing director, Tata Power Solar and president, Tata Power (Renewables) spoke to Renewable Watch about major challenges plaguing the solar power segment, the company’s strategy to cope with the changing market dynamics, its key focus areas and future plans. Excerpts…

What have been the most noteworthy developments in India’s solar power space in 2019?

India has the distinct advantage of having immense solar power that can be utilised to address its energy issues. In addition, the cost effectiveness of the freely available solar power versus other power sources has been clearly established and there can be no debate regarding this. Thus, a lot of opportunities are present to tackle various environmental issues, if the 748 GW of available solar potential in the country is utilised. In addition, a slow migration from internal combustion engines to electric vehicles is expected to boost the demand for clean solar power. Thus, from the standpoint of potential, availability, technology, cost effectiveness and experience, India is well placed in the solar power space. However, there are a few challenges that need to be addressed urgently.

There was less capacity addition in 2018 than envisaged, owing to various uncertainties around the implementation of safeguard duties on imported solar modules and cells and goods and services tax. It is expected that these problems would subside in 2019 and solar power capacity addition would increase, which did happen to a certain extent. However, recent developments in Andhra Pradesh have not helped the investment climate in general. This incident has been monitored very closely from the investors’ standpoint on how India and its solar industry respond to this challenge. The resolution of this dispute will go a long way in proving the sanctity of contracts and the importance of renewable energy development in India.

What are the biggest risks or challenges in this space at present? What can be done to address these?

Initially, the biggest challenge in solar power development was that of land availability. Now the issues largely pertain to regulatory constraints and the slow pace of transmission infrastructure development as compared to generation capacity. Further, uncertainties regarding contract sanctity and timely payment of dues by discoms are dampening the country’s solar power growth. There are many state discoms with more than a year of payment backlogs in terms of receivables to developers. It should be noted that the tariffs quoted by developers are based on the present cost of generation being incurred by developers. These costs may be higher or lower in the future. However, any PPA is reached on the basis of power generation cost at a particular time, which is also approved by regulators. Thus, renegotiation of approved and signed contracts and not paying developers their due as directed under the PPA documents are the two most critical challenges that India is facing today. If these challenges are addressed and the country has a robust transmission system at the national, state and substation level, the outlook for solar power is indeed very bright.

Many would argue that the majority of state discoms are in poor financial health and are, hence, unable to pay. However, a developer that implements a large project and has to pay moneylenders and meet all contract conditions should not be treated unfairly. If a buyer is unable to pay developers for the power procured from them, it should not get into any such PPA in the first place. At present, while discoms get to walk scot-free, developers are in severe stress. Government schemes like UDAY will be effective only when discoms reduce their transmission and distribution (T&D) losses, streamline retail tariffs and have better collection efficiencies. Otherwise, their financial health would not improve. For instance, when Tata Power Delhi Distribution Limited was formed, the discom’s T&D losses were about 43 per cent and today they are less than 8 per cent. Thus, if it can happen in Delhi, it can also happen in other places, provided business models such as privatisation or franchising of discoms are explored.

What have been the key highlights for Tata Power Solar and TPREL in the past one year?

Tata Power Solar has grown roughly four times in the past four years, and has shown consistent growth in the past year. We have the distinction of being named as leader in the rooftop solar segment. We primarily have four focus areas – technology and innovation, quality service offerings, customer-centricity and commitment of the workforce – to provide top-notch solutions. In the development space, we have added 600 MW of solar capacity in the past one year and have another 600 MW in the pipeline. At present, we have more than 2 GW of solar portfolio for operations and maintenance. In September 2019, we commissioned a 150 MW solar project at Chhayan village in Pokhran, which is selling power through interstate transmission system to Maharashtra State Electricity Distribution Corporation Limited. As an engineering, procurement and construction (EPC) contractor, we have consistently executed close to 1 GW of solar capacity each year. In totality, we did more business in the solar pump space in the past few months, than ever before.

In the manufacturing area, we mostly export solar cells and modules manufactured by us or use them in our own projects. Our annual production capacity is 300 MW of cells and 400 MW of modules. A key factor in solar manufacturing is the various solar technologies on offer and the pace of innovation in these offerings. We are watching this space and as soon as demand for domestic modules picks up, we will explore the possibility to expand our manufacturing base. In a nutshell, though not phenomenal, our company’s performance in the past one year has continued to remain good, in line with previous years. We have taken huge leaps especially in the development space, and hope to perform even better in the remaining part of the year.

What has the company’s overall experience been regarding floating solar projects?

Floating solar is a means to move away from land-related issues, while improving module performance due to the cooling effect of water. The issue of water availability for cleaning of modules is also taken care of. We believe that this is an important technology area, which the country should invest in as India has many large water bodies and huge potential to create a strong domestic manufacturing base for floating structures. In fact, Tata Power Solar recently won a bid for implementing a 105 MWp floating solar plant, one of the largest in the country, to be installed at NTPC Kayamkulam in Kerala. The project is required to be commissioned not later than 21 months, and we expect to complete it before that. This will be another milestone in our company’s accomplishments and reinforce our commitments to deliver complicated projects. Floating solar has immense potential in our country and we will ensure that this will act as a benchmark for future projects.

What are the company’s future plans and targets? What is your outlook regarding the solar power space in India?

Tata Power Solar as a company is quite hopeful regarding its outlook and we expect to keep growing consistently. We have a portfolio of close to 3 GW in the utility-scale development space. In the rooftop solar segment, we are not only an EPC contractor but have also ventured into the PPA space and in the promising group-captive solar business. We have recently launched our residential rooftop solar programme and already carried out awareness drives in 36 cities across the country, with plans to cover at least 100 more cities. With the launch of the Kisan Urja Suraksha evam Utthaan Mahabhiyan, we are well poised to grow manifold in the solar pump segment.

With energy storage costs coming down slowly, soon India will have 24×7 renewable power solutions, which will need to be robust and reliable. Tata Power Solar is keenly observing this segment and exploring opportunities to integrate cost-effective energy storage solutions for better operations. The company has also recently entered the microgrid space, and is installing these systems to not only provide power for basic electricity needs but also creating entrepreneurs at the village-level. As an organisation, we have been at the forefront of taking advantage of the available opportunities in all aspects, and will continue to do so.

Going forward, the entire focus of the solar segment should shift from capacity or tariffs to the quality of projects. The present solar industry is leaving a legacy for the next 25 years, and these solar projects should be sustainable and continue to perform well. The Indian solar industry has matured over the years and reached a certain level of credibility and now, it is up to business houses like us to take it forward and leave behind a greener planet for all of us.