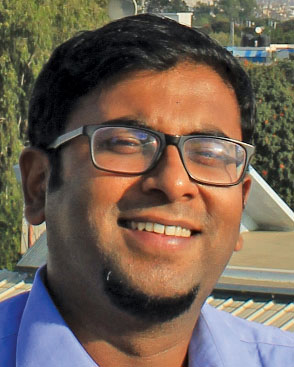 Ramnath Vaidyanathan is a clean energy and environment evangelist with a decade of experience in the sustainability sector. He has worked in a wide range of roles from regulatory/policy to process engineering, operations, strategy and advisory. He is currently chief executive officer (CEO) at WiSH Energy Solutions, a fully owned subsidiary of the Enzen Group. “We are a clean energy company focused on delivering outcome-based solutions using combinations of renewable energy. We are also manufacturing microwind turbines,” he says.

The sector is in a transition phase, he notes. While the regulatory focus in the last decade has been on utility-scale renewables, there is a growing focus on hybrid systems, microgrids and distributed energy systems. These are gaining traction due to their lower costs, fewer infrastructural challenges, and commercial viability. “Although a few states like Uttar Pradesh and Bihar have come up with microgrid policies, a national policy is still under preparation. We have had very positive interactions with the  Ministry of New and Renewable Energy and expect concrete policies soon.” He believes that at a conservative cost of Rs 40 million per mega-watt, the sector is looking at a market potential of Rs 3,000 billion for microgrids. However, last-mile connectivity, energy access, quality of power and grid instability still pose challenges.

One of Vaidyanathan’s most satisfying projects has been the designing of a low wind speed wind turbine, which he and his team achieved in his current role, jointly with National Aerospace Laboratories. This was a breakthrough that will open numerous opportunities, he says.

Vaidyanathan’s management style pivots on strategy, organisation building, mentoring and knowledge management. A trained home brewer, he has been brewing and writing about craft beer for a decade. He has been playing the bass guitar for various bands since he was 17, and has a large amount of recorded material to his credit. He plays football often and religiously follows Arsenal. He is a voracious reader and quizzer. “My life goal is to have a Wikipedia page for myself, which shows that I left the world a better place than the one I inherited,” he says. A  chemical engineering graduate from Sathyabama Institute of Science and Technology, Chennai, he also has a master’s in environmental science and engineering from Stanford University, USA, and NTU, Singapore, and an MBA in strategy and marketing from ISB, Hyderabad. His family includes his wife, a product manager with TCS, and his parents.