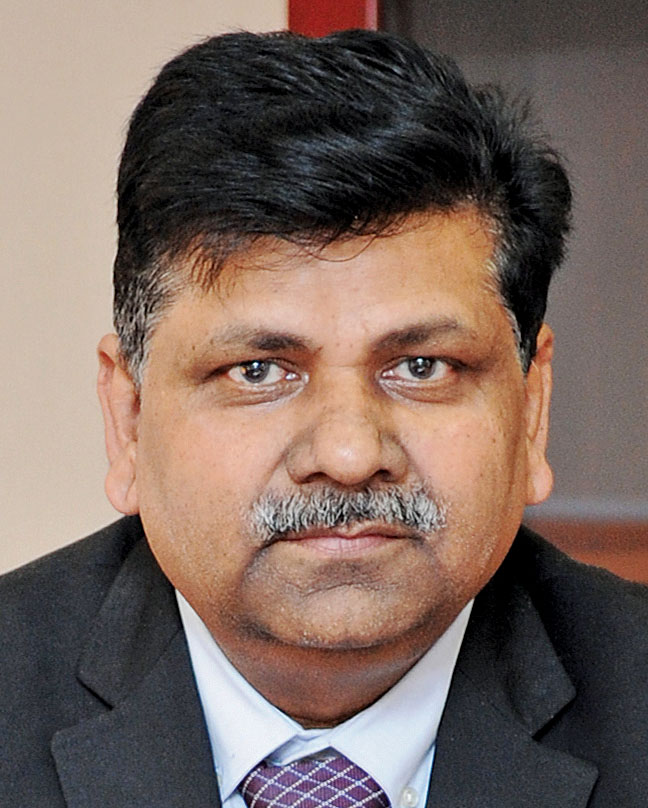 “We have tried to tackle stressed assets quickly”

While the renewable energy segment has been growing, thermal power generation cannot be ignored, especially in view of the rising power demand in the country, according to Dr Pawan Singh, MD and CEO of PTC India Financial Services (PFS). In a recent interview with Renewable Watch, Dr Pawan Singh shared his views on the financing trends in the power sector, the company’s performance and plans, including the proposed Renewable Infrastructure Development Fund (RIDF), as well as the future outlook for the sector. Excerpts…

How do you rate the performance of the power sector in the past one year?

In the past one year, there has been a lot of focus on the renewable energy segment, with adequate policy support. Further, since India is a signatory to the Paris Agreement, we have to achieve a certain level of renewable energy capacity. Of late, renewable energy tariffs have declined significantly. However, going forward, it must be seen that renewable tariffs do not come down to a level that the projects become financially unviable. With a very small cushion for risk absorption, in case any variable assumption does not perform as anticipated, it may lead to a stress build-up in the asset. As a result of falling tariffs, many banks have started showing concern regarding the viability of projects.

In the conventional power generation segment, we have the problem of stressed generation assets. The Reserve Bank of India’s (RBI) February 2018 circular to address this issue was both a boon and a bane for the sector. It had put pressure on the lenders for an early resolution of projects. I hope, even with the withdrawal of the circular following the Supreme Court’s order, the culture of quick resolution of stressed assets continues. An advantage of the withdrawal of the circular is that bankers/lenders now have the option of going ahead with the existing promoter, which was not there earlier. Also, apart from the National Company Law Tribunal, other options would be available to lenders. This provides some elbow room for better negotiation and obtaining a better bargain for projects. Earlier, it looked like even projects like Prayagraj Power Energy Company and SKS Power Generation that are complete and have fuel supply and power offtake arrangements would have to take a hit of more than 60 per cent. Withdrawal of the circular provides an opportunity to relook at some of the thermal projects and work with the existing promoters.

What were the key achievements of PFS during the past one year?

The performance of PFS was affected by a couple of factors. The stressed assets in our system had almost touched 15 per cent of our total loan book. This had twin effects on the company’s performance. First, since stressed projects were not giving any returns, the yields were falling. Second, with the quantity of stressed assets having gone up, the company’s operational parameters were getting dragged. Therefore, we have tried to tackle stressed assets as quickly as possible. The company has recovered close to Rs 5 billion from stressed assets so far. For the Prayagraj power plant, we are awaiting the resolution of a last-mile issue and are hoping to get the money from the project in this quarter. Besides this, various other assets are at an advanced stage of resolution. We have also done adequate provisioning for taking care of any losses that may occur in the future.

The general sentiment towards non-banking financial companies, with the IL&FS crisis, was not very benign. We were also affected by the liquidity pressure that affected the entire sector. However, we did manage to get a line of credit of Rs 10 billion operated from the State Bank of India (SBI). We also got a partial credit enhancement from SBI, which enables us to raise bonds. Although we have a rating of A+ on our balance sheet, with the partial credit enhancement, the bonds have been rated AA+ by CRISIL. We would have, hopefully by end April 2019 or at best the first week of June 2019, raised the first tranche of Rs 6 billion. Apart from this, we have tried to increase the yield from our new loan book and we have moved from a reference rate formula to a base rate formula, thereby making the pricing of assets more transparent.

How has been the company’s experience so far in lending to renewable energy projects?

Overall, our experience of lending to renewable energy projects has been good. However, with falling tariffs, the project risk would increase, which needs to be closely evaluated. Of course, there are a number of inherent advantages of renewable energy sources that would continue to benefit the segment, such as the low gestation period of projects, tariffs known before hand, renewable purchase obligations (RPOs), and must-run status. These advantages can be supported by the right policies so that the sector can grow. On the macro front, our fiscal deficit has been contained and the RBI has undertaken many preventive measures to stabilise currency rates. With this, the hedge costs have been partly neutralised.

Could you give some details of the proposed RIDF?

The company is setting up the RIDF under the RBI’s Infra Debt Fund mechanism. As per the guidelines, such a fund can finance projects that have satisfactorily completed one year of operations and have a long-term agreement. It is a very specific kind of product and would deal with only projects that have a concession agreement or power purchase agreement (PPA) in place. The central idea behind the fund is to develop an institution or instrument in the market whereby there is a specialised service available for the renewable energy sector. This would help banks and financial institutions to do credit underwriting and take the project risk, which is subsequently transferred to the RIDF when the project is complete. The RIDF has got a shadow rating of AAA. Overall, under the fund, the cost of borrowing would be less. Further, based on the completed projects, the leveraging capability under the fund will be far higher and the risk weightage would be lower. Therefore, with the same capital, higher leveraging would be possible and developers would have a better opportunity for refinancing projects.

What have been the recent trends in thermal and hydro sector financing?

Greenfield projects have almost dried up in the thermal power generation segment. For lenders, there are opportunities available in the stressed assets segment for taking over of the existing debt, which has been restructured. Besides, these projects require last-mile financing options including working capital loans and support, one-time loans till the working capital is tied up, and bridge loans to support the working capital loan.

What is your view on the relief measures announced for the hydropower sector? How would these impact investor sentiment?

In the hydropower segment, there are challenges on both the demand and the supply side. The new policy initiatives have, to a large extent, provided for the demand-side aspect pertaining to RPOs, putting projects under the must-run category, project life increase, and so on. We also have to support the projects through financing options because in India, loans are not normally available for the segment. In the hydropower segment, we would look at projects on a case-by-case basis. With the withdrawal of the RBI circular, the 5/25 loan restructuring scheme would now be available and would offer some respite to hydro projects. Meanwhile, on the supply side, there have been incentives by way of infrastructure support to the hydro segment.

What is the break-up of your outstanding debt?

What, according to you, are the immediate steps required to tackle stressed assets in the power sector?

On the stressed assets front, with the withdrawal of the RBI circular, we now have the opportunity to deal with promoters directly. In the stressed assets segment, there are projects that are 75-80 per cent complete and, upon their completion, some kind of funding would be required. Lenders probably have to come forward and take a haircut. However, it cannot be done arbitrarily and needs to be based on some kind of bidding mechanism. Also, it is very important that both debt and equity funding is available for projects. There is a requirement for institutionalising a mechanism wherein the existing lenders come together and find a solution or a specialised agency, which provides debt and equity support to the stressed projects. As a lender, there is a preference to take up low-risk projects; a specialised agency that has a mandate to take up stressed projects would be helpful. The agency could also provide working capital, a bridge loan to the developers and also provide project advisory if required. Such an agency needs to be quickly formed. It could be in the form of a stressed infrastructure fund, partially supported by the government and partially run on a commercial basis.

What is your outlook for the power sector for the next two to three years? What are your key recommendations for the sector?

The renewable energy sector is expected to grow. It would be backed by lower tariffs; however, lower tariffs beyond a point would become unsustainable. There is also growth expected in decentralised renewable power generation, and a lot of catching up is required with regard to the RPOs. Besides, there is a need for policy changes. While some states have a favourable policy, other states do not. Clarity on the policy front is likely to result in the growth of third-party and captive PPAs.

Apart from this, waste-to-energy projects, e-vehicle charging stations, e-mobility and microgrid applications are likely to happen. Of course, in view of the growth in demand for power in the future, thermal power generation cannot be done away with. However, there are currently no greenfield thermal projects and it takes a number of years for a greenfield project to get commissioned. In the thermal power segment, generation capacity cannot be ramped up suddenly. Therefore, a revival of stressed thermal assets including the restoration of gas-based plants needs to be done on priority. One can also possibly have a stressed power purchase obligation for power purchasing entities, entailing a small percentage of the power purchase from stressed assets.