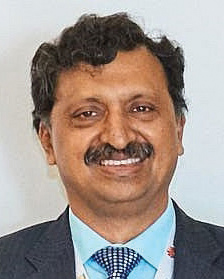 Transmission-related issues have considerably slowed down renewable energy development in the country, and the problems are only likely to get aggravated with the increase in the quantum of renewables available for grid injection. To address transmission constraints, a comprehensive plan covering transmission and control infrastructure was identified as part of the Green Energy Corridors (GEC) programme. This programme includes an intra-state and an interstate transmission system to strengthen the infrastructure, and the establishment of renewable energy management centres at the state, regional and national load despatch centre levels. However, the progress has not been up to the mark. At a recent conference on “Evacuation and Integration of Renewable Energy”, Gopal Krishan Gupta, joint secretary, Ministry of New and Renewable Energy (MNRE), spoke about the progress under the GEC programme and the way forward. At another event on green telecom, he highlighted the application of renewables in the telecom sector. Excerpts…

India has set a target to install 175 GW of renewable energy capacity by 2022. Once this target is achieved, the issue is, how will this capacity be evacuated? This is a challenge that all developers are highlighting. Renewable energy capacity is growing at a fast pace and, keeping this in mind, it is necessary that we plan for the evacuation infrastructure now. A solar project is generally commissioned in two years but setting up the transmission infrastructure takes much more time. Therefore, the MNRE started a study about six months back and formed a team to come up with a comprehensive plan to evacuate the capacity being added. 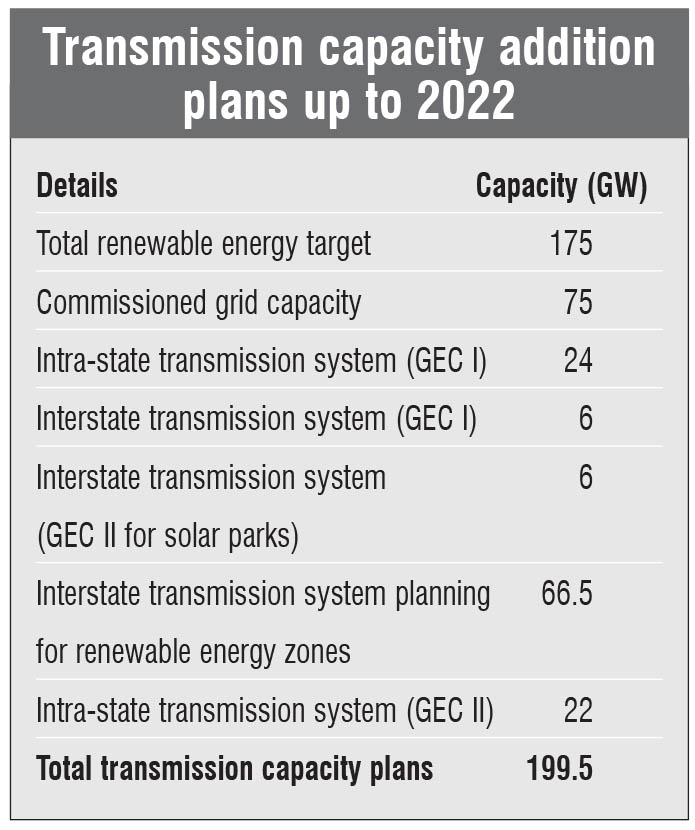 About 22 GW of intra-state transmission system GEC-II is on the cards, which will be partially funded by KfW. The proposals for these projects have been received by nine states: Tamil Nadu, Andhra Pradesh, Kerala, Gujarat, Odisha, Uttar Pradesh, Maharashtra, Himachal Pradesh and Karnataka. Two more states will join this list when they are cleared by the Central Electricity Authority of India. These projects will be developed at an estimated cost of Rs 150 billion. The technical scrutiny for these projects has already been undertaken and we are now moving to the Ministry of Finance. On the whole, the ministry has planned for 199.5 GW of transmission infrastructure.

The intra-state transmission system will be for the evacuation of renewable energy within the state. 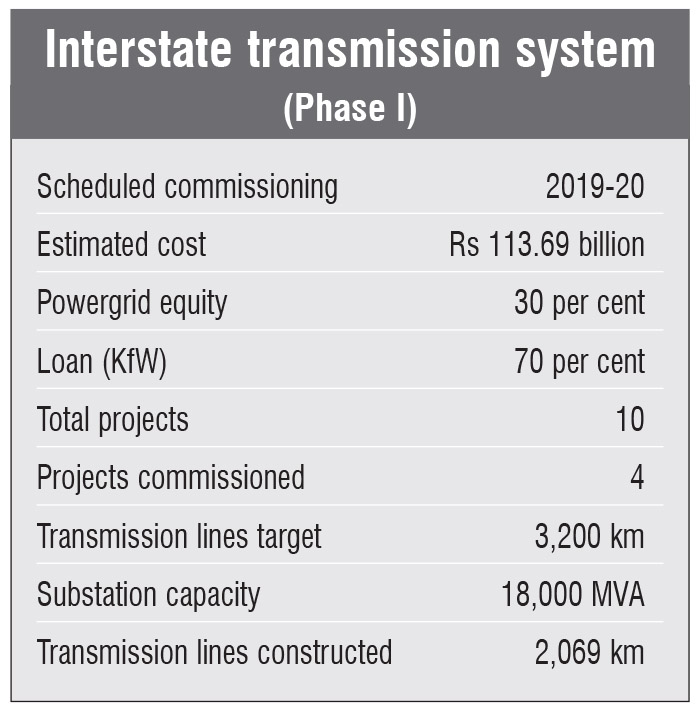 Setting up of the ISTS network for the evacuation of renewable energy to the national grid will be executed by Powergrid. The two corridors under implementation are Gujarat-Rajasthan-Punjab and Tamil Nadu-Andhra Pradesh-Karnataka.

With the purpose of collecting and monitoring real-time renewable energy data for forecasting and scheduling of renewable energy projects, the government has planned to set up 11 renewable energy management centres (REMCs) between April 2019 and March 2020. These centres will coordinate with the grid operation team at the load despatch centres for safe, secure and optimal grid operations. Developers will benefit a lot from the generation of accurate data, as they will be able to manage their assets better. These centres will be built at an estimated cost of about Rs 4.09 billion. 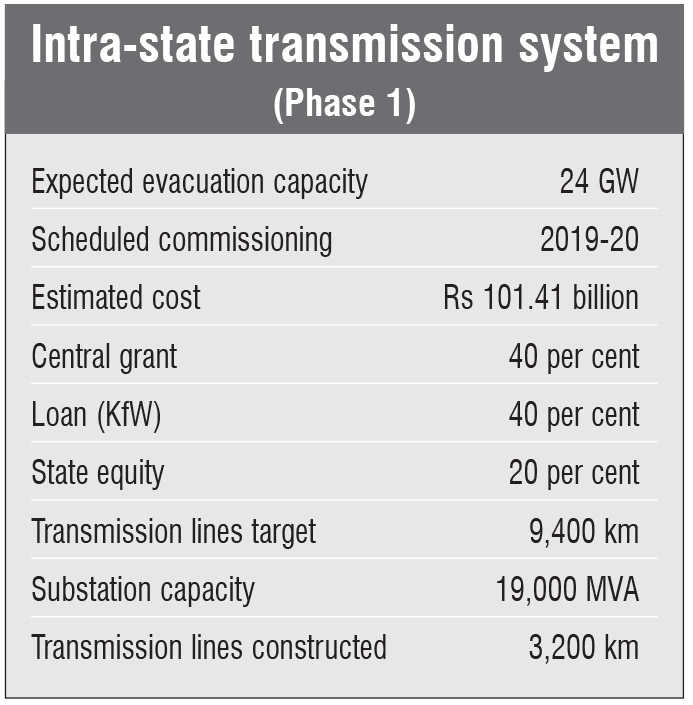 I understand that 120,000 telecom towers have been made diesel free by installing batteries with a cumulative capacity of 1,200 MWh and 20,000 towers are being powered through solar energy. The cost of solar panels has fallen in the past few years and the tariff for large-scale solar projects has fallen to Rs 2.44 per unit. Meanwhile, a tariff of Rs 2.85 per unit, with 30 per cent subsidy from the MNRE, was discovered in a recent tender floated by the Delhi government for small-scale solar projects. These small-scale solar projects (which can be installed on telecom towers) are of interest to the telecom sector.

Currently, tower operators have to purchase power at Rs 8 to Rs 10 per unit. Shifting to solar energy for powering towers will help operators reduce their costs.

There will be some land constraints in setting up these solar systems. But wherever land is freely available, solar systems should be installed. I would also advise telecom operators to install battery storage systems. Battery storage costs have fallen from $300 per kWh to $170 per kWh and by the next one to one-and-a-half years, the cost is expected to come down to less than $100 per kWh.

As the life of both the solar system and the telecom tower is 25 years, there is a good business case for installing them together. Currently, the life of lithium-ion batteries is seven to eight years. However, if expensive lithium cationised batteries, which have a life of 25 years, are used, both solar systems and batteries can be installed on the towers. 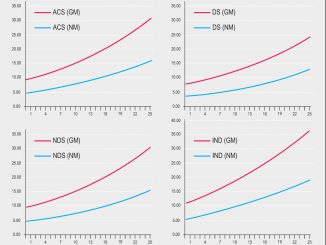 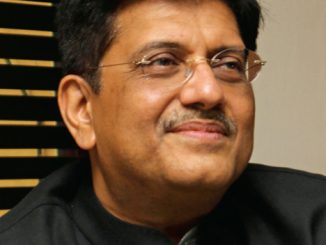 August 2017
The wind power industry has moved away from the feed-in tariff (FiT) regime to competitive bidding for tariff determination and project allocation. Th...
More 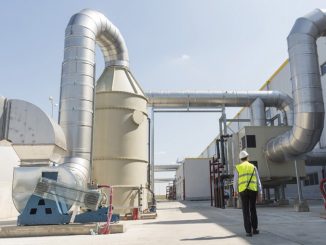 October 2018
By Khushboo Goyal  The total installed capacity of bioenergy in India stood at 9.8 GW as of July 2018. Of this, biomass and cogeneration projects con...
More