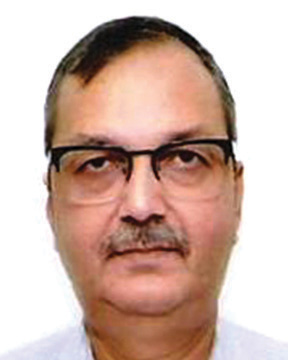 With over three decades of experience, Raj Pratap Singh’s professional experience spans various aspects of public administration including policy formulation, budgeting, implementation, monitoring, coordination, personnel management and service delivery. A 1983 batch IAS officer of the Uttar Pradesh cadre, Singh worked for 25 years with the state government in various positions including principal secretary to the chief minister. At the central government, he worked for seven years as joint secretary in the Prime Minister’s Office and as private secretary to former prime minister A.B. Vajpayee. He recalls this as one of his most memorable assignments, as the position gave him access and opportunity to participate in and experience governance at the highest level in the country. He also worked as a senior adviser for three years with the World Bank in Washington DC. In July 2018, Singh assumed responsibility as chairman of the Uttar Pradesh Electricity Regulatory Commission (UPERC).

Singh believes that although the government’s policy initiatives have led to a satisfactory level of generation capacity, a congestion-free national grid and a substantial decline in renewable energy prices, delays in project execution, shortage of coal and non-payment of dues by distribution companies to the generating companies is inhibiting the latter from servicing their debt. “The biggest unresolved challenge of the power sector is creating a healthy revenue stream for the sector, serviced by consumers to their respective discoms, which, in turn, services their upstream transmission and generating companies,” says Singh. Despite the implementation of UDAY, most discoms are still burdened by mounting cumulative losses and a widening APPC-ACOS gap. “This gap will increase further as the ratio of the subsidised to subsidising consumer class is going to increase significantly,” he says.

On his management style, Singh says, “I am a strong proponent of good governance. I believe in achieving results through transparency, responsiveness and consensus building, and a rule-based approach to decision-making.” Singh maintains a healthy work-life balance and ensures he spends sufficient time with his family, especially on weekends. His family includes his wife, a homemaker, and a daughter and a son, both of whom are working professionals. He loves to travel to new places and says that South America and New Zealand are next on his list. He enjoys watching movies, especially thrillers.