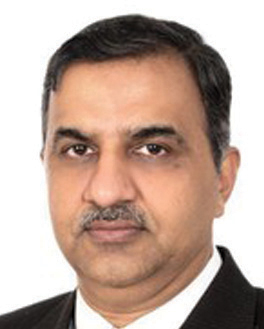 Deepak Saxena, senior executive vice-president, engineering and operations and maintenance (O&M), Avaada Power, has several decades of experience in the power sector. Prior to his role in Avaada, he had been working with Welspun Energy since 2011.

At Welspun, he was head of electrical systems and contributed to the designing of solar plants when the company entered the renewable energy sector. He was involved in setting up the largest solar plant of 150 MW in Neemuch in 2012, and with the company’s first wind project of 126 MW in Pratapgarh, Rajasthan. The company demonetised its 1,140 MW portfolio by selling it to Tata Power. Subsequently, the company changed its name to Avaada Power and Saxena, who was the senior vice-president, took on the responsibility of heading the complete engineering works, including O&M and quality, at the company.

Prior to Welspun, Saxena worked with Reliance Infrastructure as head of extra high voltage (EHV) systems. His longest stint so far has been with NTPC, where he worked for 22 years. During this period, he served in various roles in areas such as electrical O&M, commissioning, protection and testing, and operation of large rotating machines. Saxena believes that the O&M segment will see major improvements in the near future on the back of innovation, modernisation and retrofitting as developers focus on improving project quality and generation output.

Looking back on his professional journey, Saxena fondly recalls many of his challenging projects. “In 2006, we were given the responsibility of completing the recommissioning work of the Dabhol power plant in Maharashtra within a period of 15 days. There was a huge power crisis in the state and the entire assignment had to therefore be completed within a short time period. We achieved this mammoth task within 10 days,” he says. Working on the commissioning of the 765/400 kV substation in Sassan in 2009-10 and the designing of the Neemuch-Mandsaur solar plant were other memorable assignments for him.

An engineer from the Maulana Azad National Institute of Technology, Saxena’s management style revolves around empowering his team with technical know how and application-based engineering knowledge so as to enable them to carry out complex tasks. “I don’t believe in giving straight commands. I make people understand why something is required and what are the reasons behind a certain task,” he says. Despite a hectic work schedule, Saxena likes to go for a walk every morning and exercise for at least an hour.