India’s wind resource assessment (WRA) programme started in 1984 under the aegis of the Ministry of Non-Conventional Energy Sources, now the Ministry of New and Renewable Energy (MNRE), and was undertaken by the Indian Institute of Tropical Meteorological Department. Since then, the country has come a long way from assessing wind potential at 20 metre hub height to setting up wind masts at 120 metre and above heights.

WRA activity in the country started at a slow place but has gained momentum over the years both in the onshore and the offshore space. The National Institute of Wind Energy (NIWE) is responsible for carrying out the majority of the WRA work for all stakeholders including government bodies, private organisations and independent power producers. A total of 1,940 masts have been set up across India as of August 2018. Of these, the MNRE has constructed 874 stations while NIWE has independently set up 1,007  stations. The measurement data available from 1,940 wind masts has been used to publish nine volumes of the Wind Energy Resource Survey, covering wind speeds, wind power densities, temperatures and other environmental parameters.

While the WRA efforts by the NIWE have been largely successful in assessing the country’s generation potential, many technological and analytical improvements are needed. The current WRA methodology involves recording about one year of measurement data using 100-120 metre masts and extrapolating it to a 20-year period. While this methodology gives near-accurate results for projects located in flat terrain, it is not suitable for projects in semi-complex/complex terrain. Interannual variations or undulations are very few on flat terrain and do not occur even over a longer period, whereas complex terrain has significant interannual variations. In this case, the one-or two-year data measured by the NIWE will not be sufficient to mitigate the under-performance risks associated with wind power plants over a 20-25-year period in complex terrain, and a four-year to five-year measurement programme will be needed, which will be very expensive.

Since most of the flat terrain has already been utilised to set up 34 GW of capacity, the WPP developers will have to consider setting up plants in these complex regions for achieving India’s 60 GW target. A look at the key initiatives taken to improve WRA in India…

Remote sensing devices have many advantages over met masts. A 100 meter met mast is stationary and requires an investment of around Rs 3.5 million for collecting only two years of data. This may not be cost effective, especially if the measurements reveal wind conditions to be unfavourable for setting up a WPP. The remote sensing device, on the other hand, has lower cost and can be easily transported from one location to an other for searching suitable locations and recording measurements.

Moreover, a mast can measure wind speeds only at the hub height and not at the maximum height of a wind turbine up to the tip of the rotor blade. To overcome this issue, the wind data is usually extrapolated, which can be costly and time-consuming. Based on the Doppler effect, LiDAR can measure up to a vertical distance of 1,000 metres and eliminates the need for a wind mast and data extrapolation. To this end, the NIWE has successfully validated LiDAR and SoDAR data with wind mast data in flat terrain and the same is under way for semi-complex and complex terrains. On the completion of these studies, India’s WRA segment will completely eliminate the use of met masts to save time and plan better.

As part of its future plans, the NIWE has proposed to set up a national offshore wind test centre at Dhanushkodi, Tamil Nadu, to test offshore wind turbines. The site will be equipped with four turbine test beds and serve as an exclusive wind testing centre for Southeast Asian countries. In addition, the institute is planning to test two floating LiDARs in a pilot project. The institute will publish the results of this pilot project in a white paper. As floating LiDAR devices can be set up with minimum infrastructure and reduce project costs, the NIWE is likely to replace fixed LiDAR devices with floating ones provided the accuracy levels are high. It is also setting up tide gauges on platforms in potential offshore WPP development areas to measure high, low and average tide levels. A pilot project has been set up at the Gulf of Khambhat, which has recorded three months of data. Moreover, the NIWE has announced plans to undertake meteorological ocean studies to measure all wave parameters to design the pile and foundation of an offshore wind tower.

Since India’s wind climate is heavily influenced by monsoon circulations, making accurate resource assessments is crucial for designing WPPs and avoiding losses in power generation, especially considering the shrinking profit margins for developers. Thus, through its initiatives, the NIWE is making concerted efforts to improve the quality of WRA in India and utilise the abundant onshore and offshore wind potential to meet the 2022 targets.

Based on a presentation by Dr Rajesh Katyal, Deputy Director General and Group Head, NIWE, at the Wind Power in India conference 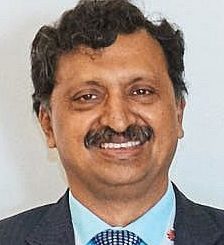 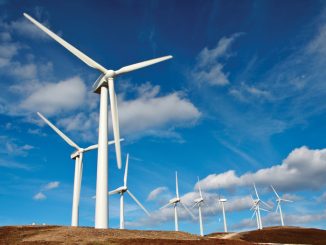 September 2018
The past year has been a mixed bag of developments for the Indian wind power segment, with bids becoming increasingly aggressive and tariffs continuin...
More 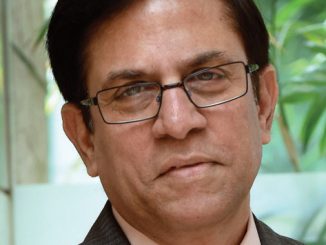