By Kushboo Goyal and Smriti Mehra

The year 2017-18 has been an eventful year for both the solar and the wind energy segment. While large capacities were tendered by the central and state agencies, many of the bids had to be cancelled or postponed. The key reasons for this were inadequate transmission capacity and uncertainty regarding various regulations, which continue to affect solar and wind capacity additions. This has impacted the financials of almost all renewable energy companies and they have had to settle for smaller revenue shares.

In line with the trend observed in the previous quarter, solar power developers continue to perform better than their wind counterparts, even though the government has renewed its focus on wind power development. Renewable Watch takes a look at the financial results of select listed renewable energy companies for the year 2017-18 and compares these with the results reported in 2016-17. (The financial results for the quarter ended June 2018 have not yet been released by many companies. The article, therefore, discusses the financials of select listed wind and solar companies till the quarter ended March 2018.)

With the successful execution of new operational strategies, this wind power developer reduced its net loss by 55.89 per cent from continuing operations, to Rs 371.53 million in 2017-18 against Rs 842.33 million at the end of the previous year. In 2017-18, its income went up marginally, by around 3.43 per cent, while expenditure fell by 7.09 per cent as compared to the previous year. Orient Green Power liquidated its entire renewable energy certificate (REC) inventory by selling 662,640 certificates in 2017-18 as against 201,366 certificates in the previous year. The reduction in net losses in 2017-18 may also be attributed to the sale of the company’s eight biomass units to Janati Bio Power Private Limited.

The change in the wind regime and the drop in wind tariffs led to the cancellation of many of the company’s long-standing orders, including Mytrah’s order of 436.8 MW. This was the major reason behind the company’s dismal performance last year. Despite this, it still managed to retain its number one position in India as an original equipment manufacturer with the commissioning of 626 MW of wind capacity in 2017-18.

The quarter ended March 2018 witnessed a 71.45 per cent increase in total income, with the company reporting a net profit of Rs 147.66 million against a net loss of Rs 306.73 million in the corresponding quarter of 2016-17. The company’s operating and committed capacity stood at 1,871 MW as of March 2018, which shows a growth of 71 per cent over the previous year. 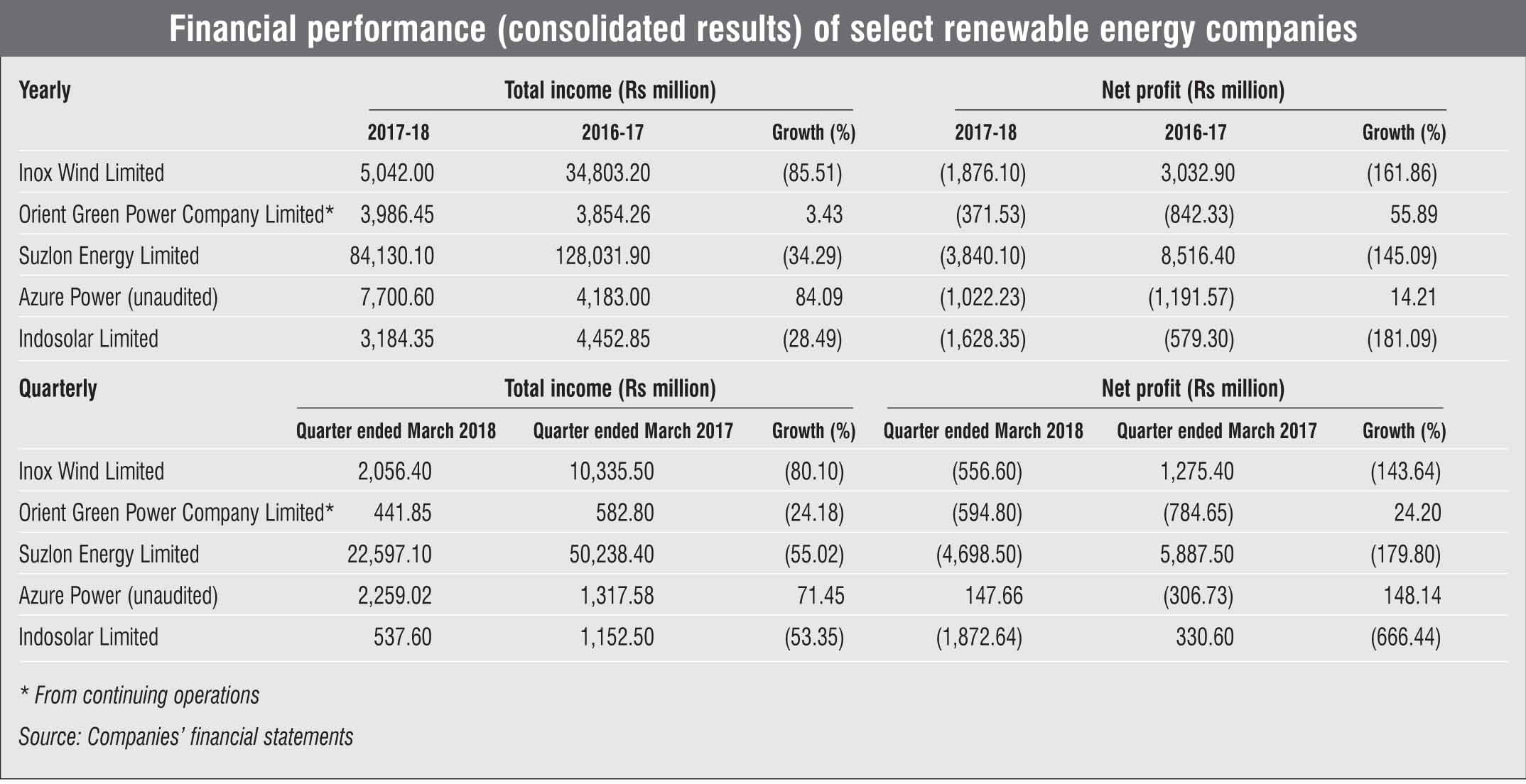 The final quarter of 2017-18 saw a fall of 53.35 per cent in total income, accompanied by a significant decline of over 666 per cent in net profits compared to the corresponding period in the previous year. The total expenditure went up by just 2 per cent for the quarter ended March 2018. A likely reason for the low profits is the lower demand for Indian modules as compared to their foreign counterparts. However, this situation is likely to improve with the imposition of a safeguard duty on foreign solar cell imports.

Only two companies, Azure Power and Orient Green Power Limited, have shown an improvement in their financial performance. While Azure Power’s growth is due to its focus on expanding its solar project portfolio, Orient Green Power Limited’s reduction in losses can be attributed to the sale of its biomass units and clearance of its REC stock. Wind turbine manufacturers Inox Wind and Suzlon have suffered major losses due to the uncertainty resulting from competitive bidding in the wind segment and the cancellation of orders. However, Suzlon has recently started diversifying into the solar power space, which may help it generate profits. Solar module manufacturer Indosolar may also improve its financials with the implementation of safeguard duties on solar imports and the huge solar capacity additions expected in the near future. 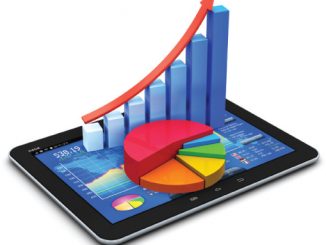 February 2018
Most of the listed renewable energy companies have released their financial results for the quarter ended December 2017. While the results vary by com...
More 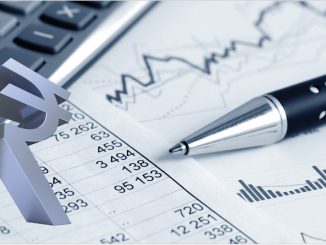 January 2018
The financial and operational performance of state-owned power utilities has been a constant concern for the sector. While various efforts have been m...
More