Maharashtra has been one of the frontrunners in the renewable energy space. It has the highest installed bagasse-based cogeneration capacity in the country and the second largest wind power capacity after Tamil Nadu. In an interview with Renewable Watch, Arvind Singh, principal secretary (Energy), Government of Maharashtra, spoke about the progress on various fronts including capacity addition in different renewable energy segments, upcoming solar parks in the state, the open access policy and renewable purchase obligation (RPO) compliance. Excerpts…

What is the status of the renewable energy sector in Maharashtra?

Maharashtra has always been very progressive in the renewable energy space. The state’s first policy on power generation from non-conventional sources of energy was released in 2008. A second renewable energy policy followed in July 2015, which set new targets for renewable energy capacity creation. In the past, there has been a lot of investment in wind energy and bagasse-based cogeneration projects in the state. The discoms have signed power purchase agreements (PPAs) for over 4,000 MW of wind energy projects and 2,000 MW of bagasse-based cogeneration projects. The solar energy capacity is still below 1,000 MW in the state, but the segment is now picking up pace.

What is the status of RPO compliance in the state?

The obligated entities have been able to fulfil their overall RPO requirements, but have not been able to meet their solar RPO targets. Traditionally, in Maharashtra, the RPOs have been above the national average. The RPOs are now being aligned with the National Tariff Policy.

What were the key reasons behind the subdued interest in solar energy in Maharashtra during the past three to four years? What is the scenario now?

There were two key issues. One was the problem of land acquisition because solar energy projects typically need huge tracts of land. The second was high solar tariffs. But now since tariffs have come down significantly in the past few months, solar seems to be a viable source of energy and we are looking to add significant solar capacity in the state in the coming months. We have also recently come up with a scheme to provide solar energy feeders to farmers for running their agricultural pumps. We have invited bids for two such small pilot projects of 2 MW each. The scheme will be scaled up if these pilot projects turn out to be successful.

What is the update on the development of solar parks in Maharashtra?

The state has been sanctioned three solar parks, of which one will be developed by Maharashtra State Power Generation Company Limited (Mahagenco) and the other two by private developers. We will be inviting bids for 400 MW of solar projects in the Mahagenco solar park in July-August 2017. Bids for the remaining 100 MW will be invited later. For the other two parks, the process of land acquisition is under way.

What is the state government’s position on domestic manufacturing of solar components?

We want to encourage the manufacturing of solar components in the state and we have a “Make in Maharashtra” policy in place. We have already initiated talks with Softbank and other companies for setting up solar manufacturing facilities in the state. Domestic manufacturing will pick up with the expansion in the scale of solar energy projects. In that case, instead of importing panels, modules and batteries, it will make better sense to manufacture them locally.

What are the government’s plans on competitive bidding for the allocation of wind energy projects?

Although the state regulator has not mandated it, the state discom has now resolved to allocate solar and wind energy projects only through competitive bidding. Our wind tariffs have traditionally been the highest in the country. Going forward, there will be no feed-in tariffs (FiTs) for new wind energy projects and prices will only be discovered through competitive bidding.

Are there any new bagasse-based projects coming up?

Discoms have already signed PPAs for 2,000 MW of bagasse-based cogeneration projects and we are meeting the non-solar RPOs obligations. Also, bagasse rates are very high in Maharashtra, compared to other states. Hence, we are still contemplating whether to procure more of bagasse-based power at such high tariffs at a time when the state is power surplus.

To this end, a committee has been formed by the government that will examine as to how much new bagasse capacity should come up in the state. The committee will seek suggestions from all stakeholders including the Cogeneration Association of India. It will submit its recommendations to the state government, which will then take a view on whether to go ahead with more bagasse capacity with FiTs or competitive bidding or any other route.

With renewable power tariffs coming down, should discoms revise the existing PPAs?

There is one view in the government that we should renegotiate the existing PPAs and bring them in line with prevailing tariffs. There is another view that the revision of the existing PPAs will lead to a host of legal complications. Also, we need to take into account the fact that banks have financed these projects based on the tariffs indicated in their project reports, which were based on the FiTs.

What are some of the unresolved issues in the renewable energy space in Maharashtra?

There were significant delays in signing PPAs for several projects which were commissioned in 2013-14. The issue has now been resolved with a significant number of PPAs having been signed for these projects. Also, the issue of payment delays has been addressed with the help of funds raised from the Ujwal Discom Assurance Yojana (UDAY) bonds. The state’s transmission and evacuation infrastructure is being improved through the development of the Green Energy Corridor.

During 2015-16, a large number of industrial and commercial consumers went in for open access, which significantly affected the financial position of the discoms. The regulator therefore levied a subsidy surcharge and other charges on open access in November 2016, and that reduced the differential between open access prices and discom prices. Consequently, there has been a slowdown in the shift towards open access.

It is difficult to implement open access in Maharashtra since 30 per cent of the power consumption in the state is by the agricultural sector and that too at very low tariffs. Moreover, the recoveries from agricultural consumers are poor because of the distress in the agricultural sector in the last two years owing to bad monsoon. Hence, there is a need to compensate for this through cross-subsidising by industrial and commercial 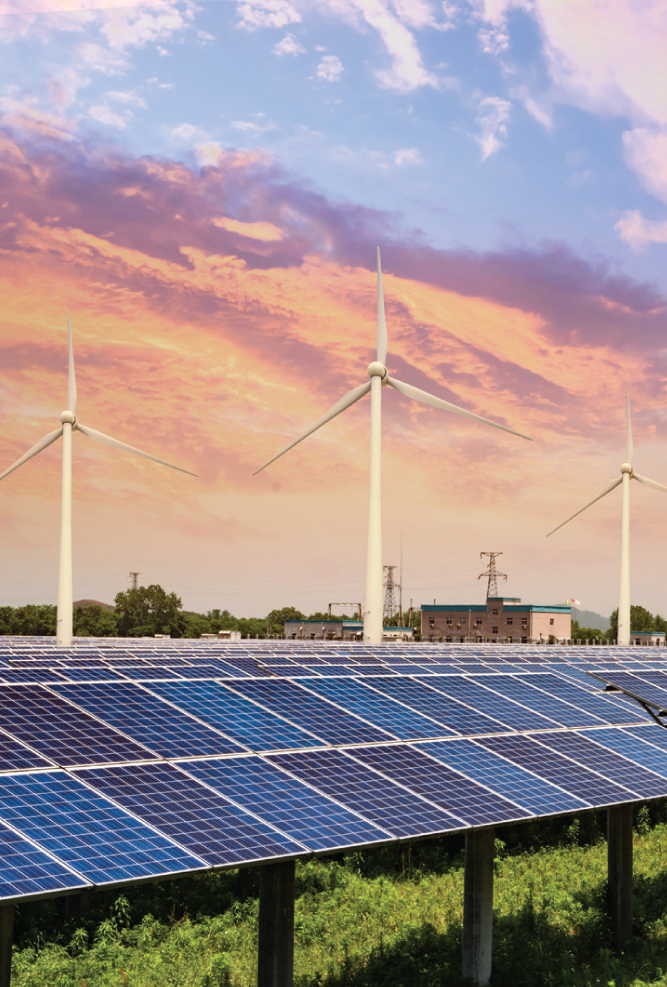 customers. And it becomes more challenging if these customers leave the discoms.

Open access may not be challenging in states where the proportion of agricultural customers is not very high.

What is the overall power situation in Maharashtra? Where is the state heading in terms of the energy mix?

Our baseload is thermal power. We have a significant thermal capacity through projects of NTPC, Mahagenco and independent power producers. Going forward, thermal will continue to remain our baseload and there will be a replacement of old thermal power plants.

We will see considerable capacity addition in the renewable energy sector in the future. The construction of the nuclear power plant in Jaitapur is expected to commence in December 2018.

Maharashtra will remain surplus for the next four to five years, given the installed capacity in the state and the PPAs signed by the discoms.