With the increase in the share of renewable energy in total generation arises the need to optimise generation and maintain grid reliability. One of the solutions for addressing the challenges of large-scale renewable integration and enabling enhanced grid balancing is to have electricity storage systems. Recognising this, the Central Electricity Regulatory Commission (CERC) developed a staff paper on “Introduction of Electricity Storage System in India” in January 2017. Apart from written suggestions, the CERC sought stakeholders’ views through various discussions and forums. One such stakeholder consultation was organised by The Energy and Resources Institute, a Delhi-based think tank, with the support of the CERC in March 2017. An overview of the key suggestions…

There is a need for separate tariffs for balancing units (including pumped storage systems, batteries, or even a power plant) in order to provide the right incentives. A tariff higher than the normal tariff for any generating station will compensate the balancing unit for the rigorous cycles that it undergoes in order to provide power within the specified time duration. Further, it should be determined based on the response time required. For instance, units providing responses within seconds should be paid a higher tariff than those that have a response time of five minutes. “The tariff structure could also include additional incentives and penalties for performing better or worse than the specified performance levels,” says Pankaj Batra, member, planning, Central Electricity Authority.

The available storage technologies are pumped storage hydro, lithium-ion and redox flow batteries, flywheels, and thermal storage systems. The technology to be used should be based on different characteristics such as the response time and the estimated frequency of responses that will be required. From the policy point of view, an enabling framework is required so that any technology can participate.

The paper discusses various uses of storage including the electricity supplied during the peak demand period, and the stabilisation of frequency and voltage in the grid. However, transportation was not included within the purview of the paper, which is an important aspect to be considered in view of our e-mobility mission. S.K. Soonee, adviser, Power System Operation Corporation Limited, says, “Storage will play the role of a connector between the transport and power sectors, which will bring in more flexible load and imply lower capex for the power sector per say.” Another important area where batteries can play a significant role is communication. In the case of power failure, batteries can help re-establish communication systems, which are very critical considering the structure of the economy and lifestyles of people.

Storage technologies do not lead to environmental pollution by emission of greenhouse gases. However, they may indirectly contribute to it if thermal power is used to charge them. It has thus been suggested to disallow the use of thermal power for charging storage systems. Further, batteries involve use of chemicals, which need to be disposed of periodically. Also, batteries need to be disposed of safely at the end of their life cycle. Policy is required to this end.

It is a well-agreed fact that storage is vital at all levels in the power system – generation, transmission and distribution. “Storage is now more important than ever, not just in the medium or long term, but also in the short term,” says Gireesh Pradhan, chairman, CERC. However, challenges in its development like unavailability of regulations and high capital costs of storage technologies still remain. While the CERC is already working on the regulations, the potential for cost reduction comes from innovation. There is a need for in-house technology development to bring down investment costs. Meanwhile, public funding can be used to provide the required push.

The paper is an important initiative on the central regulator’s part to promote energy storage. By incorporating some of these and other suggestions, the CERC is expected to release the final paper in June 2017, which will provide more clarity on the likely regulatory framework. 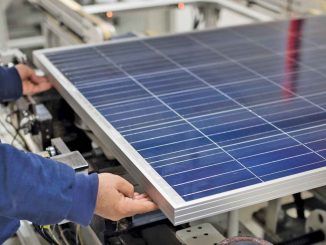