The country’s rooftop solar market has come a long way, from a negligible capacity in 2012 to over 1 GW of installed projects as of end-2016. Over half of this capacity was added during 2016 alone. The segment is a significant participant in the country’s plan to have 100 GW of installed solar energy capacity by 2022. In this regard, the Solar Energy Corporation of India (SECI), established in 2011, is playing a proactive role in driving the adoption of the rooftop segment in the country. Speaking at a recent Renewable Watch conference on rooftop solar, R.K. Jain, assistant general manager, SECI, discusses the key trends in the Indian solar rooftop market and SECI’s role in driving growth in this space…

The government has set a target of achieving 175 GW of renewable energy capacity by 2022. This includes 100 GW of solar energy, 60 GW of wind power, 10 GW of biomass and 5 GW of small-hydro power. In the solar segment, 60 GW of capacity is targeted through utility-scale projects and 40 GW through rooftop projects. The fulfilment of these targets will help India achieve its intended nationally determined goal of lowering the emissions intensity of GDP by 33-35 per cent by 2030, as compared to the 2005 levels as well as increase the share of renewable energy generation capacity to 40 per cent of the installed energy capacity by 2030.

Tamil Nadu leads the solar rooftop installations as well, with an installed capacity of 132 MW, followed by Maharashtra (89 MW) and Gujarat (69 MW). On the policy front, around 30 states have notified their solar policies, while 19 states have released net metering policies.

SECI is playing a key role in driving the growth of solar energy in India. We have already executed a 750 MW viability gap funding scheme for large ground-mounted solar PV systems, while schemes for setting up of 2,000 MW and 5,000 MW worth of projects are under execution.

SECI is helping in the setting up of six solar parks. Besides, we have also begun large-scale interstate trading of solar power, with more than 1,000 million units already being traded. In the rooftop segment, SECI is the implementing agency for the Ministry of New and Renewable Energy’s (MNRE’s) rooftop subsidy programme. MNRE provides a capital subsidy of 30 per cent for the residential, institutional and social sectors in the general category states/union territories, and 70 per cent in special category states, including northeastern states, Sikkim, Uttarakhand, Himachal Pradesh, Jammu & Kashmir, Lakshadweep and Andaman and Nicobar Islands. We have already commissioned more than 80 MW worth of projects under this subsidy scheme.

Broadly, there are two types of business models under the subsidy programme, capital expenditure (capex) and RESCO models. The capex model is an ownership-based model, under which bids are invited on the basis of the project cost. On the other hand, the RESCO model is a power purchase agreement-based model, under which bids are invited based on the tariffs. When we first started our rooftop programme, we mainly awarded projects under the capex mode. In the fourth phase of the project, we tendered 10 MW under the RESCO mode, out of the total 50 MW, and this 10 MW tender was 100 per cent subscribed.

Encouraged by the success of this business model, the Central Public Works Department (CPWD) approached us for installing solar rooftop projects at the government buildings either owned or maintained by them. Hence, we came out with an exclusive 50 MW scheme for CPWD. Out of this 50 MW, we have allotted more than 42 MW and completed installations of around 24 MW. The rest of the projects are in advanced stages of completion. Released by SECI in December 2016, the largest rooftop solar tender of 1 GW will give a major boost to the segment. The tender is for rooftop projects on all ministries/government buildings. The buildings of all public sector undertakings (both central and state) are also covered under the tender. Of the total 1 GW, 700 MW is likely to be awarded under the RESCO mode and 300 MW under the capex mode. The tender has the provision for performance-based incentive, where up to 25 per cent subsidy will be given on project cost on 80-100 per cent target achievement. The power generated from the systems will be used for meeting the captive requirement of the buildings and the surplus power, if any, will be fed into the grid under the net metering arrangement of the respective state. 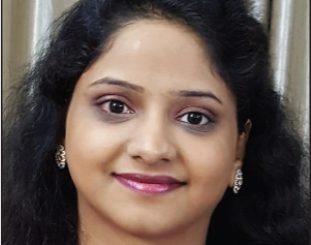