The government has set an ambitious target to achieve 60 GW of installed wind energy capacity by 2022. In addition, in March and June 2016, it introduced repowering and solar-wind hybrid policies respectively. However, its decision to phase out accelerated depreciation (AD) benefits with effect from April 2017 and the uncertainty over the generation-based incentive (GBI) scheme may negatively impact future capacity addition. At a recent Renewable Watch conference, “Wind Power in India”, D.V. Giri, secretary general, Indian Wind Turbine Manufacturers Association (IWTMA), spoke about the current scenario and the way forward, as well as the associated challenges in achieving the target. Excerpts…

The wind power segment is a three-decade-long mature and sustainable industry, with a cumulative installed capacity of 28.28 GW, as on October 31, 2016. There is significant potential for capacity additions in the future. The National Institute of Wind Energy (NIWE) has estimated India’s onshore wind potential as 302 GW (determined at a hub height of 100 metres).

The wind segment in India has 21 manufacturers, which have 54 models ranging from 250 kW to 3 MW, as well as state-of-the-art technology offering from concept to commissioning. The current annual manufacturing capacity is 9,500 MW, which can be ramped up to 15,000 MW in 24 to 30 months. There are also other manufacturers looking to enter the segment, which emphasises the optimism among manufacturers and independent power producers (IPPs) to grow the market. However, with a current market of 3,000-3,500 MW, only one-third of the country’s manufacturing capacity is being utilised.

Currently, 90-95 per cent of the wind energy projects are installed by the private sector while some projects have been set up by public sector units, thus lowering the burden on the exchequer. It is important to realise that it is a myth that wind power is expensive. On the contrary, as per the Bloomberg New Energy Finance report, wind energy projects in India are the cheapest in the world. However, unlike solar, wherein the capex keeps diving, the capex for wind keeps going up. In India, the areas with the best wind regimes are already occupied. Therefore, in order to maintain a 30-35 per cent plant load factor (PLF), which will make sense for the investor to get a meaningful internal rate of return (IRR), manufacturers have to increase hub heights and increase blade lengths with proper aerofoiled designs, leading to an increase in capex. It is essential that projects have a proper tariff as well as reasonable returns post IRR in order to ensure that they attract investor interest.

The government has announced a target of 60 GW of installed wind power capacity by 2022. This is one of the biggest announcements by the government and shows its commitment to this renewable energy segment. However, there are a number of issues that the segment faces.

First, while a huge impetus has been provided to the segment, many discoms are cash strapped and are thus buying power from cheaper sources. In this scenario, they do not buy wind power, refuting the must-run status.

Second, the Indian wind power segment has in recent years seen a continuous change in the policy landscape. The Union Budget 2016-17  reduced the AD to 40 per cent from the prevailing 80 per cent, with effect from April 2017. In addition, there is uncertainty around the continuation of GBI. This is a similar situation to that in 2011-12, which led to a rush for installations. For instance, 2011-12 saw a total capacity addition of 3,190 MW; in the current year, we are on the way to install a total capacity of 4,000 MW. However, with constant policy changes, it is unlikely that such capacity addition will take place in the coming years. The absence of a long-term bankable policy sends out a wrong signal to the financial community, especially to the private equity and IPP communities, and may deter investors.

Lastly, a key point in the current scenario is the introduction of the contentious competitive bidding in the wind segment following its success in solar. Going forward, this will be a key topic in various seminars and workshops. On behalf of the IWTMA, I would like to reiterate that the industry is not against competitive bidding. Price discovery through reverse bidding is a great idea, but it also requires a number of lessons to be learnt from countries that have been successful with competitive bidding like Brazil. The introduction of competitive bidding while following the required growth path to achieve the target can only be undertaken by continuing AD, GBI and feed-intariffs (FiTs), while simultaneously learning lessons and taking corrective measures on reverse bidding. 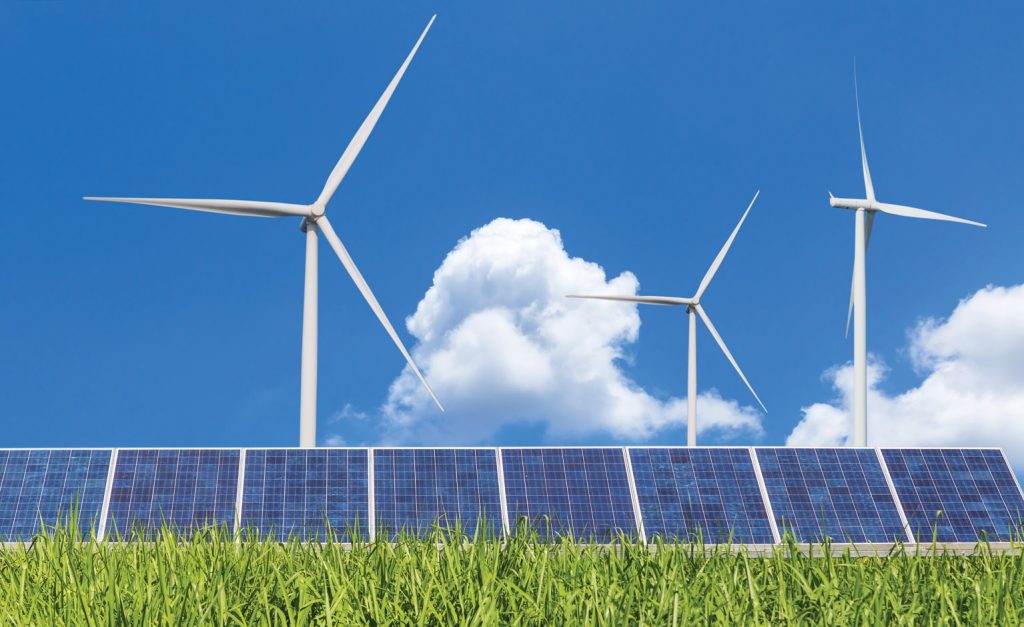 In order to achieve the target of 60 GW, the government has come up with a number of policy reforms. These, along with a few key strategies from the manufacturers’ perspective, are likely to put the segment on a fast-paced growth path.

The government has already issued guidelines for the repowering of wind power projects. However, I believe that it needs to be improvised further. It may face a number of challenges related to land acquisition as the current guidelines may not encourage owners to vacate land. One of the suggestions is to look at cooperative wind farming, where the landowner also becomes a stakeholder in the project.

The policy in its current state needs further fine-tuning and can be improvised based on the lessons learnt from Andhra Pradesh’s draft solar-wind hybrid policy, which is very comprehensive. Solar-wind hybrid projects are welcome as a concept and have a number of advantages – better land usage, better loading of lines, longer power supply duration at a fixed PLF and the possibility of cost reduction. Additionally, the installation of both solar and wind provides continuous power supply as the two complement each other.

I think it is a fantastic opportunity for manufacturers to refurbish old turbines and then export them to various countries, including South Asian Association for Regional Cooperation countries and to Africa, where wind energy programmes are at the initial stages. Exports have so far not been given enough importance. Our annual exports currently stand at about $500 million and can easily go up to $2 billion-$3 billion, if proper treatment is given. Considering the potential, several discussions have been conducted with the Ministry of Commerce and we are hoping to have fruitful results in this respect, which will provide huge support to the segment.

A number of other important steps also need to be taken. These include strict compliance with the renewable purchase obligation (RPO) targets, fast-track development of green energy corridors, simplifying of land procurement and right-of-way issues and ensuring that there is no back-down of power by states, amongst other things. Going forward, the development of spinning reserves and acceleration of innovations in storage technology are required.

In sum, while the AD and GBI developments may dampen investor interest in the segment, the government has also come up with new policies that address the key issues facing it. Going forward, all the stakeholders need to work together to ensure that the available opportunities in the segment are utilised, setting it on the path to achieving its target. Having said that, I would like to say that whether we reach 60 GW or not, the choice and means are ours. The simple answer is “blowing in the wind”.