Climate change is posing a significant risk to biodiversity, ecosystems and ecosystem services. To reduce the impact of climate change on biodiversity, urgent mitigation of greenhouse gas (GHG) emissions is required. However, the unintended impact of renewable energy set-ups such as solar parks, wind farms and biomass-based plants may increase the risk of extinction. So far, there has been no global assessment of the likely vulnerability of biodiversity to large-scale renewable energy development. Besides, policies are urgently needed to minimise the conflict between GHG reduction and biodiversity conservation.

As renewable energy plants and networks are being rapidly established on a large scale, their impact on the environment is bound to increase. Measures to contain the negative impact of such plants need to be taken alongside incentives for investors to develop new capacity. Lessons from the past decade can help identify the nature of these impacts more precisely and develop effective strategies to preserve biodiversity.

A European Union report has identified five dimensions of biodiversity interaction with renewable energy. These are intended to help policymakers mitigate the negative impacts while maximising gains.

areas is being increasingly used to build solar parks. This expansion will increase the land requirement as well as the associated ecological impact on biodiversity and the appearance of the countryside. On the other hand, solar parks will make an important contribution to future energy supply and provide a refuge for plants and animals. 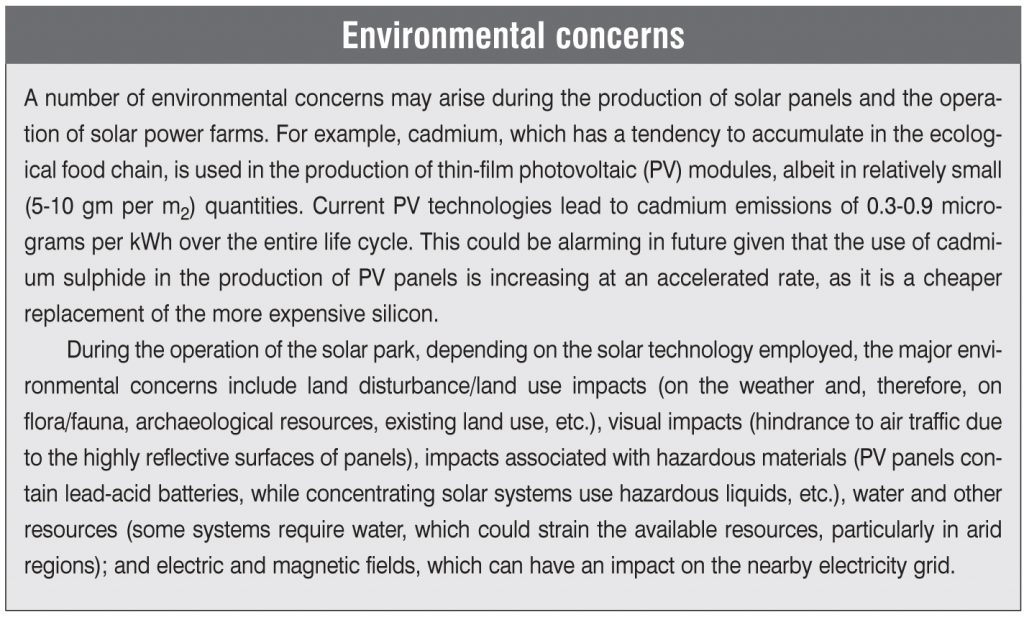 As part of its efforts to reduce the production cost of solar power and promote the use of clean energy, the Ministry of New and Renewable Energy rolled out the Scheme for the Development of Solar Parks and Ultra Mega Solar Power Projects on December 12, 2014. The scheme was conceived along the lines of the Charanka Solar Park in Gujarat, the first-of-its-kind large-scale solar park in India with contiguous developed land and transmission connectivity.

The government has taken a number of steps to reduce the production cost of solar power including fiscal and financial incentives such as accelerated depreciation, concessional customs and excise duties, preferential tariffs, and generation-based incentives.

Under the scheme, the government will support the states in setting up solar parks at various locations across the country. In addition, it will help secure suitable developed land with all clearances in place, a transmission system, water access, road connectivity, a communication network, etc. This scheme will facilitate and fast-track the installation of grid-connected solar power projects on a large scale. 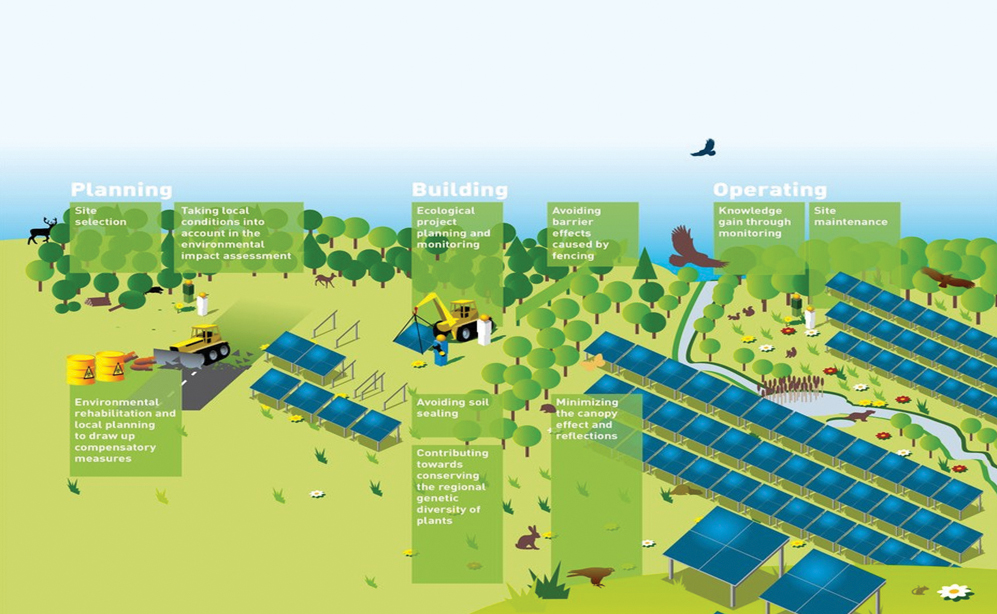 Key objectives and targets of the solar park scheme

The scheme aims to provide a major impetus to solar energy generation by acting as a flagship demonstration facility to encourage project developers and investors, leading to additional projects of a similar nature, facilitating economies of scale for cost reduction, improving the technical capacity and reducing GHG emissions. It will enable states to bring in significant investments from project developers, meet their solar renewable purchase obligation mandate and provide employment opportunities to the local population. The states will also be able to reduce their carbon footprint by avoiding emissions equivalent to the solar park’s installed capacity and generation. Further, it will bring down the import of expensive fossil fuels to power conventional power plants.

The scheme proposes to set up solar parks and ultra mega solar power projects over five years starting 2014-15. A total of 33 solar parks aggregating 20,000 MW have been approved to be set up in 21 states.

The solar industry can help promote and conserve biological diversity in two ways – through the careful use of environmentally sensitive, species-rich habitats and by changing the use of intensively farmed land or brownfield sites, which can considerably improve a site’s ecological value. In this way, solar parks can make a valuable contribution to the promotion of biodiversity as well as clean energy production. This shows that it is possible to exploit the synergies between climate protection and nature conservation.

The selection of suitable sites and the employment of measures to optimise ground-mounted solar installations can help conserve and promote biodiversity. Involving local experts increases the chance of conservation being considered in good time and can, therefore, simplify project completion, creating an opportunity to combine climate protection and nature conservation. This will increase the uptake of solar parks and renewable energy.

For example, small-scale farming of agricultural areas has gradually created varied habitats for different species. From a nature conservation perspective, it is not just the type of land use that matters, but also its degree of permanence. The survival of many animal and plant species depends on the regular maintenance of their habitats. By converting arable or landfill sites into solar parks, it is possible to create areas of grassland. Cutting the grass regularly creates favourable habitats for many plants and animals. Sheep grazing and mowing are also frequently considered. This gentle, extensive form of site maintenance can create valuable, species-rich habitats for those that are currently facing extinction either due to the increasing use of monocropping or the lack of maintenance.

Being a sustainable energy source, solar power will continue to gain in importance with future cost reductions. Its potential environmental benefits are significant, since there are zero emissions and almost nil water usage. But since developing 1 MW of solar power requires 2.5-3.5 hectares of land, certain measures need to be taken to streamline the land acquisition processes.

Land use for solar power plants needs to be carried out responsibly. Local communities should be empowered to identify suitable land that promotes climate and biodiversity protection, in line with legal requirements and cooperation with local stakeholders. Guidelines set by the government or the Solar Energy Corporation of India, the nodal agency responsible for the solar park scheme in India, could help in taking case-by-case decisions. The PV industry, environmental organisations and political decision-makers should engage in a dialogue about ecologically responsible solar power plants. It is important to anticipate potential conflicts, propose solutions and help increase the acceptance of PV as an energy source. The feasibility study stage is extremely important, during which additional third-party studies should be referred to, in order to further understand processes and identify best practices for solar park development.