JSW Energy Limited is the energy-oriented subsidiary of the JSW Group. The company has positioned itself as a leading player in India’s power sector and has projects across the generation, transmission, manufacturing, and power tra­ding segments. In recent years, JSW En­­ergy has adopted an aggressive strategy to boost clean energy and reduce carbon emissions across the overall operations of the JSW Group. In line with the Paris climate goals and the ongoing in­dus­try transition towards net zero emissi­ons, the company has set an ambitious target of 50 per cent reduction in the carbon footprint by 2030, and achieving carbon neutrality by 2050 by transitioning towards renewable energy. The company aims to reach 20 GW capacity by 2030, with the share of renewable energy inc­re­asing to 70 per cent of the total by 2025 and 85 per cent of the total by 2030. JSW Energy is also reportedly the only Indian po­wer company to have achieved a Leadership band with “A” score in the 2021 CDP Climate Change assessment.

At present, the company has a total portfolio of more than 7 GW, which includes ab­out 5 GW of power projects in operation and 2.25 GW under construction. Fur­ther, with the planned acquisition of My­trah Energy, 1.75 GW of renewable power projects will be added to JSW Energy’s portfolio. This will take its total portfolio size to 9.1 GW, of which 65 per cent will be contribut­ed by renewable energy. The co­m­pany is now rapidly diversifying its portfolio by foraying into emerging clean energy domains such as green hydrogen, battery energy storage and pumped hydro systems. So far, the company’s renewable energy portfolio has been much smaller than other lea­ding renewable energy co­mpanies in the Indian market. However, it has a promising future.

A look at the re­ce­nt developments, performance and growth outlook for JSW Energy in the coming years.

Developments over the past year

JSW Energy, along with the JSW Group, is rapidly expanding its renewable energy portfolio. On August 26, 2022, JSW Re­new Energy Five Limited, a JSW Energy spe­cial purpose vehicle (SPV), won an auction by the Solar Energy Corporation of In­dia (SECI) for 500 MW per 1 GWh battery energy storage system (BESS). The auction seeks to set up pilot projects for standalone BESS under a build-own-operate-transfer model. JSW Renew En­ergy Five won the entire capacity with a bid of Rs 1.08 million per MW. The two pro­posed battery storage projects will be established at the Fatehgarh III substatio­ns in Rajasthan.

Earlier this month, the JSW Group also sign­ed an agreement to acquire Hy­dera­bad-based renewable energy co­m­pany Mytrah Energy India. At present, My­trah op­erates more than 1.75 GW of renewab­le energy assets. The deal is estimated to be worth $1.8 billion to $2 billion.

The JSW Group is also expanding the re­newables portfolio through its other subsidiaries. In July 2021, JSW Steel an­no­un­ced an allocation of Rs 100 billion for targe­ted investments to reduce the company’s carbon footprint. Towards this end, the com­pany plans to gradually replace its thermal power use with renewable en­er­gy by entering into a group captive model. The model will be signed for a 25-year po­wer purchase agreement (PPA) with JSW Energy created SPVs to procure renewable energy. JSW Energy will own a 26 per cent stake in each of the SPVs to develop re­new­able power plants with a total capacity of 958 MW. Earlier this year, JSW Renew­able Energy Vijayanagar Li­mi­ted, a subsi­diary of JSW Energy, com­m­en­ced operations of the 225 MW solar power plant at Vijayanagar, Karnataka. This solar project is part of the 958 MW solar and wind projects announced by JSW Steel.

To pursue its ventures in the hydro market, JSW Energy signed a PPA with the Harya­na Power Purchase Centre for its 240 MW Kutehr hydro project in Himachal Pradesh in March 2021. The agreement would be valid for 35 years and the project is likely to become operational by 2024, with 65 per cent of the tunnelling work completed by February 2022. The PPA was signed at a levellised tariff of Rs 4.50 per kWh. Mo­re­over, the group also announced a 900 MW pumped storage hydel power project to be developed in West Bengal.

Recent developments by JSW Energy in the wind segment include an order to GE Renewable Energy for the supply of 810 MW of onshore wind turbines for JSW En­ergy’s upcoming wind farms in Tamil Nadu. The turbines will produce enough green energy to meet the annual electricity re­quire­ments of more than 2.1 million households in the country. The company also signed two MoUs with the Mahara­shtra government to set up two green projects worth Rs 355 billion for generating 6,500 MW of clean energy in northern and we­stern Maharashtra. These projects co­m­pri­se a 1,500 MW hydro-based power project in Nashik and a 5,000 MW wind po­wer project spread across 1,870 hectares in Kol­­hapur, Solapur, Satara and Osmana­bad, to be set up within 18 months.

In the near future, the JSW Group also se­eks to tap significant opportunity in the hydrogen space in India and become a front runner in the green hydrogen economy. In August 2021, the company anno­u­n­­ced its foray into the emerging green hydrogen market as JSW Future Energy Limited, a wholly owned subsidiary of JSW Energy Limited, entered into a framework agreement with Australia’s Fortes­cue Future Industries to explore the scope of green hydrogen projects in India. The agreement seeks collaboration between the two parties for assessing the potential of green hydrogen and its utilisation in green steel making, hydrogen mobility, gr­een ammonia and other mutually ag­re­ed industrial applications in India. A green hy­drogen pilot project has also been es­ta­blished at Vijayanagar, scoping for which is near completion.

Going forward, JSW Energy seems to possess sufficient balance sheet headroom, supported by a strong cash flow to attain its medium-term renewable energy targets. As per the company’s corporate investor presentation of February 2022, its financial performance is conducive to greater deployment of renewables in the coming years. The net debt/earnings be­fore interest, taxes, depreciation and am­ortisation (EBITDA) ratio of JSW Energy is on the lower side at 1.74x, while the net debt-equity ratio is also favourable at 0.37x. The company has shown effective management of trade receivables, which declined by 20 per cent year on year in the third quarter of 2021-22. The power sector scenario is significantly different in this re­gard as it witnessed a 2 per cent inc­re­ase year on year. In terms of plant operations, all plants of the company have been placed favourably in states’ merit order despatch. The hydro projects have been put under “must-run” status with no sc­he­duling risk, and payment security and recovery mechanisms have been put in place for power under long-term PPAs with discoms.

Over the coming months, JSW Energy can be ex­pected to pursue its renewable energy st­ra­tegy more aggressively as it moves closer to its 2030 and 2050 deadlines. As per its recent investor presentation, several factors would allow the company to meet its clean energy goals on time. No equity dilution has been envisaged for growth in the near future and a capital expenditure of Rs 750 billion will be undertaken to rea­ch the 20 GW target. Moreover, the company’s annual EBITDA is expected to gr­ow five times and profit after tax six times for growth from 4.6 GW (as of Feb­ruary 2022) to 20 GW.

Even though its current operational portfolio is relatively smaller than its counterparts such as ReNew Power and Greenko, the recent auction results for SECI’s 1 GW BESS projects reflect the co­mpetitiveness of JSW Energy. In addition, the company has experience in managing one of the lar­gest hydro portfolios in the private sector. As such, it has reflected its interest in continuing the development of pumped storage projects, given the potential of pum­ped storage to integrate with other clean energy projects to provide round-the-clock power. The company has alrea­dy identified resources in Andhra Prade­sh, Telan­gana, Odisha, Chhattis­garh and Karna­taka for po­tential pumped hydro projects. More­over, the company has a strong balance sheet and years of experience across ma­ny dimensions of the po­w­er sector, which may help it in further deals such as the planned large transaction with Mytrah.

Potential emerging areas such as green hydrogen, ammonia, BESS and hydrogen mobility are also likely to be explored as JSW Energy pursues diversification and expansion of its energy portfolio. 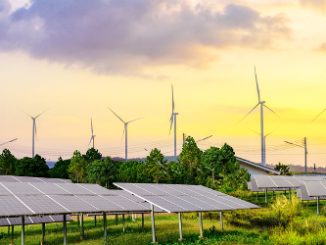 August 2, 2022
Iberdrola, a Spanish energy company, and Augusta Energy have reached a tentative agreement for Iberdrola to purchase a 98 MW wind and solar portfolio ...
More 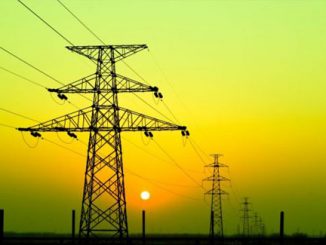 Bihar signs an agreement with SECI to get 24X7 green power

May 23, 2022
The Bihar State Power Holding Company Limited (BSPHCL) has signed an agreement with the Solar Energy Corporation of India (SECI), a Central Government...
More 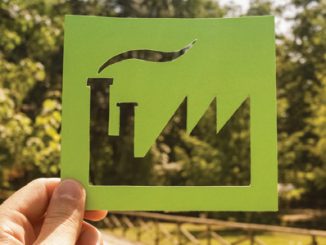 January 21, 2019
By Anita Khullar and Reya Ramdev Commercial and industrial consumers account for 51 per cent of grid power consumption in India. Owing to the high cos...
More