India has joined the global race to develop a green hydrogen economy to bolster its energy security. After the release of India’s maiden green hydrogen policy, private and state-owned companies have made a flurry of announcements about setting up projects producing green hydrogen.

Reliance Industries Limited (RIL) is betting big on green hydrogen. The company aims to reduce the production cost of green hydrogen below US$1/kg by the end of this decade. To meet its goal, it announced a capital outlay of Rs75,000 crore  (US$9.4 billion) over the next three years to develop manufacturing capacities for clean energy technologies, which include electrolysers to produce green hydrogen.

State-owned power generator NTPC aims to reduce production costs below US$2/kg by 2025-2026, much faster than global projections. Its bullish targets are, in fact, reflective of the Indian government’s plans for the sector.

In June 2022, Indian renewable energy developer ACME Group signed a memorandum of understanding (MoU) with the Karnataka government to develop an integrated solar to green hydrogen to green ammonia facility worth Rs52,000 crore (US$7 billion). The facility will produce 1.2 million tons per year (mtpa) of green hydrogen by 2027 in Karnataka. The state government would possibly facilitate project land, off-takers, and export-related facilities to support the execution of the project.

ReNew Power is another Indian renewable energy developer looking to synergise its expertise in the green hydrogen space. In April 2022, it announced a joint venture with state-run Indian Oil Corporation (IOC) and engineering and construction major Larsen & Toubro (L&T) for green hydrogen production.

ReNew Power got its name on another big green hydrogen announcement.

In July 2022, India and Egypt signed an MoU to invest US$8bn to set up a green hydrogen plant. The plant will be in the Suez Canal Economic Zone with a 150 megawatt (MW) electrolyser capacity powered by 570MW of renewable energy to produce 20,000 tonnes of green hydrogen annually.

The planned facility will then be upgraded to have a 1.5GW electrolyser capacity with a renewable energy capacity of 5.68GW to produce 220,000 tonnes of green hydrogen annually. ReNew Power is developing this project in conjunction with several government agencies, including the New and Renewable Energy Authority of Egypt, General Authority of the Suez Canal Economic Zone, the Egyptian Electricity Transmission Company, and Egypt’s Sovereign Fund.

Petroleum refining is another viable use case for hydrogen.

IOC targets green hydrogen production of 70,000 tonnes annually by 2030, accounting for 10% of its overall consumption by that time. OIL is setting up a 100kw electrolyser plant to manufacture green hydrogen at its Jorhat oil field in Assam.

In December 2021, GAIL announced it would commission 10MW of electrolyser capacity to produce 4.3 tonnes of green hydrogen per day. According to media reports, in May 2022, GAIL awarded the contract to an unnamed awardee to build this facility using a Proton Exchange Membrane (PEM) electrolyser technology in the Guna district of Madhya Pradesh. GAIL will blend the green hydrogen with natural gas.

In April 2022, Gujarat Industries Power Company Limited (GIPCL) issued an expression of interest (EoI) to set up 5MW–10MW electrolyser capacity for green hydrogen projects and associated facilities at Vadodara or any suitable site in Gujarat.

GIPCL will supply the hydrogen generated from this plant to fertiliser factories, refineries, and chemical industries in the area. These plants could help the industries meet the Green Hydrogen Consumption Obligation (GHCO) norms, which the Indian government may formulate in the second phase of the green hydrogen policy.

Movement on the ground

The buzz around green hydrogen has increased in the last six months. However, the lack of disclosures from companies or reportage by the press suggests that there are no significant movements on the ground related to these announcements.

Through these measures, the government is promoting renewable energy transmission and setting up green hydrogen near the consumption sources.

However, the current policy incentives mainly focus on the supply side. Developers and investors need a visible offtake pipeline for their product. The government could provide this by introducing a green hydrogen consumption obligation (GHCO) mechanism for fertiliser production and petroleum refining, similar to the Renewable Purchase Obligations (RPO). Strong offtake agreements will make the projects bankable.

In our view, the government should formulate the second phase of the policy and release it as soon as possible so that the buzz for green hydrogen does not fizzle out. A delay in acting could lead to India missing out on a big opportunity. 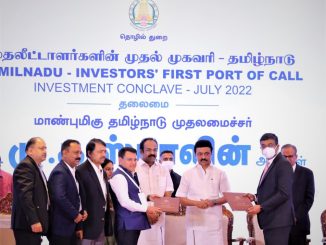 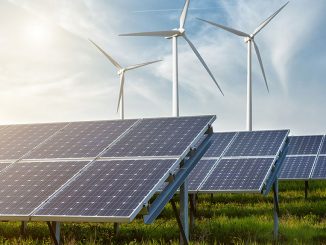 June 7, 2022
The Green Open Access Rules, 2022 have been notified on 06.06.22 by the Ministry of Power. These rules are notified for promoting generation, purchase...
More