Headquartered in Kolkata, West Ben­g­al, Hamara Grid Private Limited was founded in July 2020 with a vi­si­on to provide services in the rural minigrid space. In order to maximise local im­­pact, the main objective of the company is to scale sustainable minigrid solutio­ns in emerging markets, in partnership with key stakeholders.

“The entire core team, which had been working together for the previous eight to nine years in Mlinda Foundation, moved out and established Hama­ra Grid,” says Colonel Vijay Bhas­k­ar, mana­ging director, Hamara Grid.

Bhaskar shares that since its inception, the company has worked extensively in Jh­ar­khand’s Gumla district to design, install, commission and operate 40 solar-powered minigrids with an installed base of 1,000 kWp. These minigrids have inc­rea­sed the personal income of electricity consumers by 20 per cent year on year. The company follows the prepaid model for these minigrids, and all the payments are made through mobile payment platforms such as Paytm.

In the past three months, Hamara Grid has incubated approximately 68 micro enterprises in three villages across Naga­land, where they have set up minigrids. The company has started powering public infrastructure for the first time in the village councils, setting up street lights and powering them with renewable energy.

In India, the company is collaborating with Smart Power India to develop the capacity of the staff operating the microgrids of TP Renewable Microgrid, a wholly owned subsidiary of Tata Power, in order to boost energy demand and incubate local micro-enterprises in Bihar and Uttar Pradesh.

Furthermore, the company has also partnered with the Transform Rural India Foundation to identify and install scalable productive loads in their operational mi­nigrids across the Kurdeg block of Si­m­dega in Jharkhand. This was done at the requ­est of the World Resources Ins­titute India. The purpose of the collaboration is to promote an increase in the inclusive, sustainable, environmentally friendly and productive use of the energy supplied by the minigrids.

The company also has a presence in Myanmar. In order to increase the performance of minigrids in Myanmar, Hamara Grid has partnered with Smart Power My­an­mar and other minigrid developers. This was done to provide monthly technical advisory engagements with developers, improving the commercial viability of solar minigrids by enabling the productive use of energy and technical optimisation of the solar minigrids. Ayeyarwady, Bago, Sag­aing and Tanintharyi are the four regions of Myanmar where the company has partnered with developers to cr­eate demand for scalable productive loa­ds. Additionally, in Myanmar, Hamara Grid has assisted in strengthening the ca­pacities of local teams for minigrid dema­nd management.

“One of the most important operational challenges faced by Hamara Grid is that Nagaland, being at the remote end of the country, receives electricity via a long transmission line coming from Assam. There­fore, the power tends to be weak and unreliable. Due to storms and heavy rainfall, tre­es fall and lines are cut for almost a week at times,” says Bhaskar.

Furthermore, the company sources its equipment from all over India. The batteries come from Hyderabad, Vijaya­wa­da, Visakhapatnam, Udaipur or Sana­nd, while the solar panels come from Kol­kata. Hamara Grid faces disruptions with logistics, as the equipment often travels more than 2,000 km to reach Na­galand, which has a hilly terrain. “As the villages are on top of the mountains, the cost premium is almost 20 per cent,” says Bhaskar.

“Going forward, in over 1,000 villages across Northeast India, Hamara Grid will collaborate with rural communities to provide 24/7 clean electricity. This developme­nt mission will begin in the Mon district of Nagaland, which is home to Konyak tribe,” says Bhaskar.

The project in Nagaland is being carried out in collaboration with the District Administration of Mon district, the village councils, Smart Power India, National Bank for Agriculture and Rural Develop­ment and World Resources Institute. Over the next three and a half years, the company intends to gradually electrify all 132 villages in Mon district, affecting 237,600 Konyak people. The project will be implemented in three phases: 15 villages in the first phase, 35 in the second and the re­maining in the third phase. A special purpose vehicle for the Mon project, a non-profit company called Mithun Rural Deve­lop­ment Foundation, has been floa­ted. The first three pilot solar minigrids, which supply power to 650-700 Konyak tribal ho­useholds, became operational at the end of January 2021.

“The government has fulfilled the requirement of building infrastructure to electrify all Indian villages, but going forward, the aim should be to provide reliable electricity to every household. This will help in improving market linkages and also build entrepreneurship in the villa­ges,” he says. 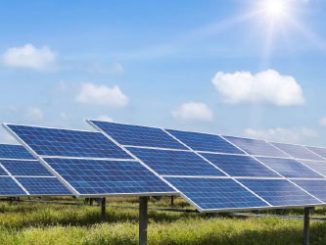 MPUVNL floats a tender for 1,250 MW of solar projects 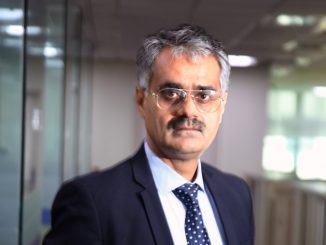