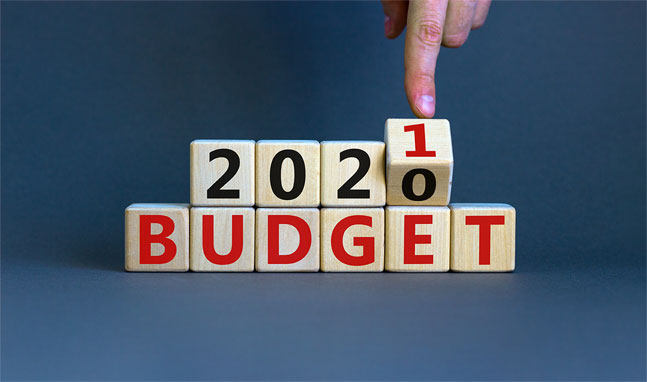 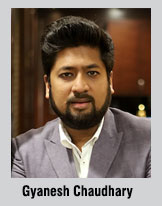 “Indian renewable energy industry and especially solar sector is appreciative of Government of India’s initiatives to support green energy throughout the decade and especially during the pandemic.Although the initiatives, especially the Atmanirbhar campaign and RBI’s support in restarting the nation and the industries has added nearly Rs 2.1 trillion to aid in growth, the solar industry was looking forward for a significant boost to strengthen the ecosystem for domestic solar manufacturing. It is the key enabler to lead the country towards sustainable growth.

The Government of India has acknowledged that solar energy and renewables sector overall has huge promise for India. The Union Budget has announced Rs 3.5 trillion of new investment to the power sector, Rs 10 billion investment to Solar Energy Corporation of India, Rs 15billion to Indian Renewable Energy Development Agency which will certainly give further impetus to renewable energy growth. We eagerly await the detailed plan on the phased manufacturing plan for solar cells and solar panels, announced by the Finance Minister to scale-up domestic capacity.

Additionally, we believe, raising duty on solar invertors from 5% to 20% and on solar lanterns from 5% to 15% to encourage domestic production will create demand and bring in revenue for further progress. The announcement of the comprehensive Hydrogen Energy Mission 2022 is a welcome move to enable India’s transition to a low-carbon economy.

However, the renewables industry and especially the solar industry was hoping for more elaborate support from the union budget on implementation of the Basic Customs Duty (BCD) with exemption for SEZ based manufacturers, 5% interest subvention on term loan and working capital, upfront central financial assistance of 30% on CAPEX, increase export incentive from 2% to 8% under Remission of Duties or Taxes on Export Product (RoDTEP), super deduction for R&D expenses, more access to the National Clean Energy Fund etc. 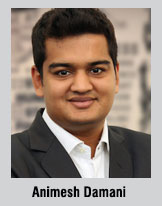 “The FY 2021-22 budget has left the non-utility solar players to fend for themselves. Adding to the misery is the capped net metering of 10 kW, which is likely to impact 70% of the rooftop solar business. The Government’s stance to raise import duties on solar inverters will further discourage potential investment in the solar development segment, and adversely affect employment. Similarly, the allocation of Rs 25 billion fund to SECI and IREDA (cumulatively), is a play on optics and is yet again, not likely to benefit the private players. Moreover, the silence of the authorities on the GST front has now become a matter of concern, which if introduced, had the potential to generate revenue for the Government, and aide private players alike. The only silver lining in the budget is the Government taking note of the Hydrogen Energy sector and we hope for it to have a serious outlay. This in-turn is likely to prompt Indian players in the sector to take the lead globally.” 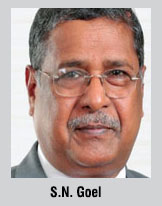 “A very heartening set of announcements by the Hon’ble Finance Minister to re-energise the country’s economy as well as building a sustainable energy sector. The proposed Rs 3 trillion distribution reform package to promote competition, consumer choice and increase penetration of automation and technology will go a long way in restoring financial viability and infusing greater efficiency in the sector. The power markets have a huge role to play here. Further, the announcement regarding creating an Independent System Operator to provide non-discriminatory open access to the national gas pipeline network will help to foster development of the gas markets. While the fine print and details of the budget are awaited, the announcements are forward looking and if implemented in true earnest can potentially transform the energy sector.” 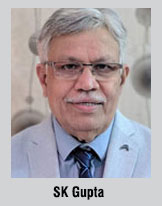 “Budget 2021 is a mixed bag of luck for the renewable Industry. Speeding up of discom reforms through a package of Rs 3.5 trillion over the next 5 years is a welcome step to keep financial health of discoms in check.

Another announcement of breaking the monopoly of power discoms and providing options to consumers should further open up rooftop and open access segments, however clear enabling provisions should be enumerated by the government. These are positive developments focussing on revival of discoms and also opening up the sector to competition and new technologies.

Having said the above, some old pending requests for rationalization of GST to a lower 6.30% composite rate and deferment of CCD’s on solar module imports have not been considered. Also, renewables and solar should be defined as a part of “Infrastructure” and new DFI for infrastructure funding should be permitted to lend to new renewable or solar projects also. We suggest the government should review these and come out with required modification in relevant laws to help renewable or solar IPPs.” 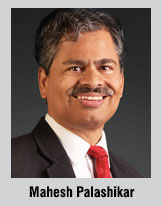 “I would like to congratulate the Honorable Finance Minister on presenting a growth-oriented budget that has a significant thrust on increasing capex towards developing infrastructure. The expenditure on infrastructure will, in turn strengthen manufacturing for domestic and export markets. For the power and renewables sector, the announcement of the hydrogen energy mission as well as enabling electricity connections portability to consumers further demonstrate India’s commitment to renewable energy and technology interventions that can make power generation and distribution more efficient and cost effective. Another positive is the allocation for National Research Foundation aimed at promoting local innovation. Overall, the Budget has provided a strong foundation for long-term sustained economic recovery.” 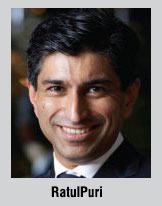 “The thrust of the budget is on reviving the economy. It is positive and refreshing in its scope and scale. All the announcements are forward looking and will put India back on the growth trajectory. The announcement of a Rs 3.05 trillion package for discoms is encouraging and will reform the ailing power distribution sector. Prime Minister Narendra Modi government’s focus on improving financial health of state power utilities will ensure consumers get more choices as it will promote competition, reliable power supplies and make sector attractive to foreign investors, besides giving overall boost to the industry. The Budget has also given a boost to non-conventional energy sector by allocating Rs 10 billion to the Solar Energy Corporation of India and Rs 15 billion to Indian Renewable Energy Development Agency. It is a welcome move. 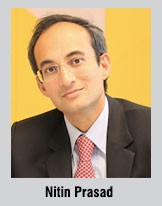 “We welcome the inclusive and comprehensive budget announced by the Honorable Finance Minister, with its clear emphasis on facilitating and supporting India’s economic, social and green recovery from the pandemic. The energy sector reforms highlight the government’s focus on energy transition. Measures to improve and simplify the energy infrastructure for oil and gas, launch of the hydrogen energy mission, boost to non-conventional energy sources and emphasis on clean air are welcome steps that will strengthen India’s sustainable growth and broaden access to uninterrupted, low carbon energy. We also applaud the slew of measures to help startups and MSMEs grow, a step that will further boost the resolve of an ‘Atmanirbhar Bharat.” 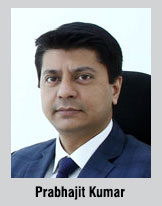 “The Union Budget for 2021-22 presented by the Finance Minister Nirmala Sitharaman today, has given a big push to the power sector by announcing close to Rs 3.06 trillion power distribution sector scheme. We welcome this move as it is expected to assist discoms for infrastructure creation tied to financial improvements, including prepaid smart metering, feeder separation and upgradation of systems. Additionally, the government’s proposed framework to give consumers more than one discom choice was a much-needed move. It will help to enhance efficiency in the power distribution sector, induce fair competition and address the monopoly business of discoms. Besides, we foresee that reforms such as Rs 15 billion allocation for the renewable energy sector, 100% railway electrification and expansion of metro rail networks and hydrogen energy mission for generating hydrogen out of green-powered sources will contribute significantly in enhancing the country’s power demand. PXIL, as a national power market infrastructure institution welcomes the budget announcement and is ready to provide an efficient platform for enhanced volume of trading and efficient electricity price discovery in the country.” 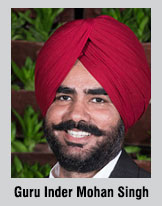 “The announcement of creating a framework to give consumers the choice of procuring electricity from any distribution company is a welcome move. From consumer’s point of view, giving them power to choose will ensure they are better served. There will also be improved efficiencies in the distribution companies if they have to compete with each other to stay ahead. However, unless there is guarantee that the policies will be stable for next few years, private players will be hesitant to enter the business of distribution.

The outcome and result based financial package for the discoms is also a good move and an improvement over the existing UDAY scheme to address the stressed discomhealth. This financial aid is only a short-term measure. Reforms such as direct benefit transfer schemes for subsidies along with financial packages is necessary as a long-term strategy to help India’s energy sector.

The increase in duty on inverters could have been increased gradually so that the industry is prepared.The National Hydrogen Mission, and higher allocation to SECI and IREDA, is additionally a booster shot for the renewable energy sector,” 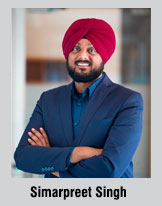 “The increase in allocation for infrastructure will boost the power sector on the whole. It will help in upgrading the country’s T&D network and building on grid connectivity to ensure efficient evacuation of solar energy, particularly the ambitious Green Energy Corridor scheme. The additional resources allocated for traditional areas of the power sector, like the revival of ailing discoms and stressed assets, coupled with a renewed focus on the expansion of the national programme on smart metering, will prove instrumental in accelerating the pace of growth of the power industry.

The additional allocation of Rs 10billion for the Solar Energy Corporation of India and another Rs 15 billion for the Indian Renewable Energy Development Agency are also decisive steps in the right direction. The overall focus of this year’s budget on R&D and innovation will help in reshaping the solar industry by promoting domestic manufacturing of solar panels. It will also enable the power industry on the whole to create a roadmap for encouraging R&D in cost-efficient and cutting-edge technologies in sync with the Atmanirbhar Bharat Mission.” 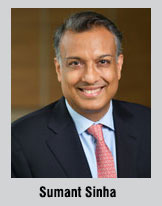 “It is a growth-oriented and forward-looking budget. The Finance Minister’s focus on healthcare, infrastructure, power and the financial sector will have a positive, broad based impact on the economy. By increasing capex spending significantly without hiking taxes, and instead focusing on expanding economic activity, the Finance Minister has set the groundwork for a sharp and sustained economic recovery over the next several years.”