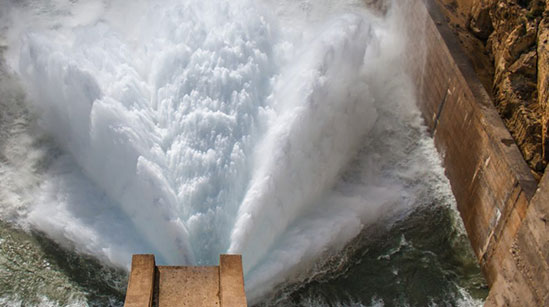 The Government of Andhra Pradesh has proposed the development of seven pumped hydro storage power projects (PSP) across selected districts in the state. The projects are also expected to compensate for the irregularities in total input power from the existing renewable capacitydue to sudden cloud covers and variations in wind speeds. .Although battery storage was also an option, pumped hydro was considered better suited for storage at high volumes. The proposed aggregate capacity for all the plants is nearly 6.3 GW. The districts that have been identified for the plants include Kadapa, Ananthapuram, Nellore, Kurnool, Vizianagaram, and Visakhapatnam.

A similar PSP project is currently being developed in the state by Greenko Group as a part of its integrated renewable energy project (IREP). Under the IREP, the company is setting 1.68 GW of pumped storage, 1 GW of solar, and 550 MW of wind energy projects across Andhra Pradesh. The state also has an operational 900 MW PSP plant in Srisailam (Kurnool district). As per a 2019 report by The Institute for Energy Economics and Financial Analysis (IEEFA), India has a total pumped storage capacity (operational and under construction) of 5.7 GW while another 8.9 GW are being proposed. The report concludes that until battery storage becomes cost-competitive, PSP can drive India’s path to energy security.