Renewable Watch and Power Line recently organised a series of webinars focused on distribution reforms, wherein key policymakers, discom heads and power sector experts shared their perspective on the recent measures taken by the government and the way forward to fix the weakest link in the country’s power sector. The following are select edited excerpts from these webinars…

Due to the pandemic-induced lockdown and its consequent impact on demand from the commercial and industrial sectors, discoms have faced unprecedented challenges in terms of revenues. To mitigate the major liquidity crisis in the sector, the Government of India proactively came out with a liquidity infusion scheme of Rs 900 billion for discoms. All independent power producers, central public sector unit gencos, transmission companies and renewable energy generators are eligible to get support under this scheme. Many discoms from various states have availed of loans under the scheme. We believe that the Rs 900 billion liquidity infusion scheme is going to increase further in size.

Under the Atmanirbhar Bharat Abhiyan, the government has announced the privatisation of electricity distribution in the UTs. Work has already begun in right earnest and is being monitored. The idea behind the move is to leverage the efficiency of the private sector. The amendments proposed in the Draft Electricity (Amendment) Bill, 2020 are path-breaking. The important considerations of the bill are ensuring consumer centricity, promoting ease of doing business and enhancing the system reliability of the power sector. Along with this bill, the MoP has proposed a revision in the Tariff Policy. As per the revision, if consumers suffer gratuitous load shedding, they will be eligible for compensation from discoms. 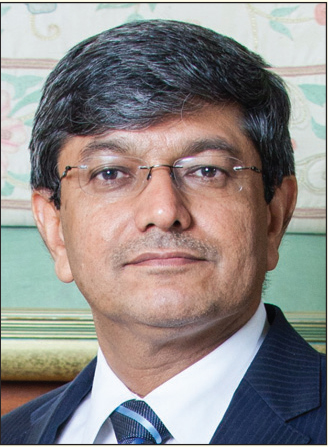 As we have been observing for quite some time now, energy transition will continue to take place. Electricity consumption is going to increase in the future. Every month, we have been observing that demand growth has been increasing. I am quite optimistic about demand growth. There are concerns on the discoms’ payment side and payment constraints are being faced, but as we go along we should be able to find some solutions to this issue.

The proposed amendments to the Electricity Act, 2003 are quite forward-looking and the sooner we get them through, the sooner it will help the sector. The real issue going ahead is how to create more demand for electricity and start reducing the dependence on imported hydrocarbons. We all are going through a very uncertain time because of Covid-19. However, if this quarter (July-September) is any indication, we are observing double-digit growth. Growth was negative in the first quarter (April-June). Generation was already higher for the April-September 2020 period as compared to the same period last year.

We as a country were habitual of managing the grid through load shedding till less than 10 years back. Now we are managing the grid through flexibilisation of coal-based power stations. Coal-based plants need to be operated as baseload or at least closer to baseload. This is the unfortunate part, but it is the reality because renewables are must-run plants, and we do not have enough gas supply and hydro has its own challenges. Most of the burden is thus being taken by coal-based plants to manage the grid, and we are taking care of that through flexibilisation. In India, if we can have green hydrogen, we can take care of this issue. 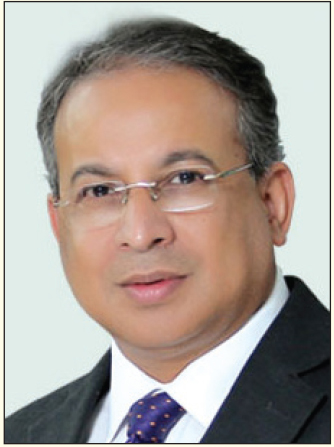 The big elephant in the room is the distribution segment, which requires reforms. The privatisation efforts that the government is making are very good. The UTs have been identified for privatisation but I believe privatisation has to happen on a much larger scale since UTs are very small territories. This has to be a movement in the country for most states that are not able to sustain their operations. To restrict the drain of money that is taking place, it is very important that distribution reforms take place in the country in a big way. Covid-19 impacted the collections of discoms in all consumer categories – commercial, industrial and residential. This affected the financial condition of discoms and restricted their ability to pay. Fortunately, the government came to the rescue of the state discoms with a package of Rs 900 billion. However, the sector continues to be impacted, as before, by system challenges – tariff revisions have not happened and discoms continue to bleed because of high AT&C losses. Other players in the power business, whether they are generators or transmission companies, have also been also impacted.

Important changes are being made to the Electricity Act and we need to see how all states come on board. The act is trying to cover many of the systemic problems that the power sector has been facing – starting from asking states to make their payments, empowering SLDCs to not supply power if the letter of credit is not opened, and introducing direct benefit transfer, to creating a separate body for the enforcement of contracts and changing the selection process of state regulators. Reforms have also been proposed for states with high AT&C losses. If some of these fructify, I am sure the sector will overcome the chronic challenges it has been facing. 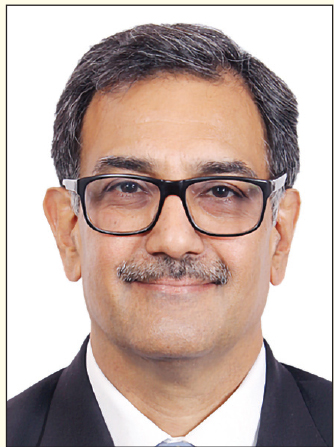 There is no doubt that we are in a difficult situation. The power sector was not in a buoyant position even before the Covid-19 crisis hit us. The hard reality is that from the time the power sector was organised in a very steady state with a two-month working capital requirement, we are today looking at a situation where the working capital requirement of any generating company is at a lag of eight to nine months. That shortfall has to be dealt with. The government realised this quickly and launched the Rs 900 billion bailout package. Unfortunately, some detailing in terms of mechanisms for state guarantees and counterguarantees is taking longer.

As of July 2020, the payment dues owed by discoms to gencos stand at around Rs 1,170 billion, of which renewables account for 9 per cent and the rest is accounted for by conventional power (across central, state and private developers). Thus, everyone across the power sector value chain is suffering.

Laws and regulations will only provide a framework, but what is needed is strict implementation. Long-term cheap capital is a critical need for the sector today. The creditworthiness of the sector needs to be improved. The functioning of power utilities is not a problem, but the willingness to charge and the ability to make timely payments as a process is required across the value chain. Further, the time taken to resolve disputes in the power sector and to actually implement solutions exacerbates the problem of creditworthiness. This issue needs to be tackled head on.