Energy storage is probably one of the most important technologies today, with its wide range of applications in renewable energy integration and electric vehicle (EV) markets. The recent tenders for round-the-clock (RTC) and hybrid power only reiterate its necessity for making the Indian power systems and the grid sustainable. The only drawback in an otherwise perfect picture is the higher perceived cost of the current large-scale energy storage solutions. Against this backdrop, leading industry experts discuss applications, cost implications and technology trends in the energy storage space…

What are the various applications of energy storage in renewable energy integration? 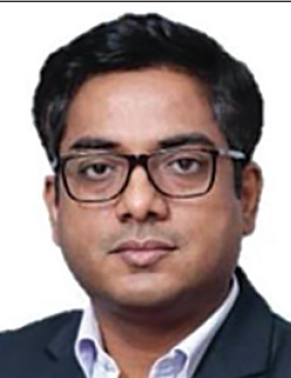 Over the past decade, renewables have emerged as the most cost-effective source of energy. Renewable energy resources are abundant in India, but most of the future demand growth is likely to come from states with relatively less renewable energy supply potential. Also, renewable supply is intermittent, requiring balancing from peaking power, demand response, as well as power from other regions, through better interstate grid connectivity.

Looking at the grid as a whole, hybrid projects, which couple renewable electricity supply with storage, are changing the game – storage helps reduce variability in the grid, ensure renewable smoothing, manage peak power needs, and overall, higher utilisation of renewables. In short, storage is taking renewables towards being the main source of RTC power in the future. Over the years, energy storage, whether in different types of batteries or pumped hydro storage, will play a vital role in the global energy transition to clean, efficient and reliable energy; in short, sustainable energy systems.

Micro- or mini-grids are an important application of energy storage. The government is aggressively pushing for programmes that will provide electricity to regions that still lack grid connectivity, such as island electrification, as well as to improve last-mile energy availability and quality on the grid. We are doing a few of these projects where hybrid mini-grids can substantially displace diesel that is transported to islands. This transport from nearby ports increases the cost of an already expensive, polluting fuel source. These solutions will ensure access to sustainable energy to all without burdening the grid and will be a part of the evolution of our energy systems.

How do you view its cost-competitiveness and potential in the current climate?

The cost of a storage system depends on a number of factors defined by its application. At a high level, the charge-discharge cycles and hours of backup are the major variables. Looking deeper at the capacity and type of loads being powered by the storage, renewables being coupled with storage and the degree of “failsafe” needed, and the level of interactivity with other systems are also application-specific factors that are critical. Recent RTC tenders show that wind/solar plus storage hybrid systems can generate electricity at scale, at competitive rates. For distributed energy projects, storage is currently competitive with diesel and retail power rates in most markets. However, the technology is evolving at a rapid pace over the past decade, bringing down the cost of lithium-ion batteries by more than 87 per cent from over $1,160 in 2010, and we are working continuously to bring down costs of system integration. We are witnessing a transition in technology improvement in solar and adaptation that is analogous to the one we have already seen in the past decade. We expect that both at a wholesale grid level as well as retail level, hybrid and storage will achieve grid parity in the next few years. Storage will be at the core of all energy projects as commercial and industrial customers are also pushing for energy independence and higher quality and reliable energy from sustainable sources.

Over time, technological improvements that energy storage has seen, along with a drop in battery cell prices, have made it a tough competitor, compared to other technologies. As on date, renewable energy plus battery storage is already more economical than the newly built coal or gas-peaker plants. Let us take recent examples – the new coal plant power purchase agreement (PPA), which was signed by the Madhya Pradesh government and Adani at a tariff of Rs 4.8 per kWh with escalations for the next 25 years.

Now, let us talk of the 1.2 GW Solar Energy Corporation of India’s (SECI) peak power tender, which was won at an average cost of Rs 4.3 per kWh, including storage of six hours; and the more recent 400 MW RTC tender won by ReNew at a base year tariff of Rs 2.9 per kWh and a LCoE (levellised cost of energy) of Rs 3.6 per kWh. This clearly shows that renewable energy with storage is becoming a much more lucrative choice, going forward. The good news is that this tariff will only decrease with an increase in adoption and manufacturing capacity in the future.

Looking at global trends, PPA prices for solar with storage tenders saw a 16 per cent decrease in tariff in just one year between 2018 and 2019. Our own analysis shows that the blended cost of renewables with storage will drop to around Rs 3 per kWh by 2027. With emission control norms becoming stricter and India’s vision to have 450 MW of renewables by 2030, there will be significant increase in storage integration in the grid, thereby helping in further reduction of prices.

Which technologies are going to be the most popular, going forward?

For a technology to be adopted by everyone across the globe, it has to deliver on key parameters including its speed of charge and discharge, round trip efficiency, safety, cost, energy density, cycle life, scale possibilities, end-of-life recyclability, among others.

Some technologies have been around for a long time and they have evolved significantly over the past one decade. We executed a solar plus storage project way back in 2013, with lead acid battery solution, where the batteries worked well for six+ years before reaching end of life. In today’s world, lithium-ion seems to be the most promising solution for distributed applications, as well as some centralised energy systems. That 90 per cent of the global research on battery storage has been on lithium-ion technology speaks volumes about its potential, but it also reflects the linkage to the adjacent domain of EVs and its earlier success in mobile devices. Of the main chemistries in lithium-ion, lithium nickel manganese cobalt oxide (NMC) and lithium ferro phosphate (LFP) seem to be the most viable options for stationary applications.

For stationary batteries, many other technologies are also being experimented with, from redox couple and flow batteries to aqueous electrolyte and mechanical storage. We expect the end game will look at a small slate of different mature storage technologies, which will compete and emerge as winners for various applications in the coming years.

As of now, the most extensively used technology is lithium-ion, but there is a lot of work going on across the globe in various other technologies, which, in many aspects, are better than lithium-ion technology both in terms of safety and performance. These include flow batteries, metal air batteries, solid state batteries, sodium-ion batteries and sodium-sulphur batteries, to name a few.

Will energy storage be impacted by the recent government initiatives to curb imports?

The government has taken a very positive approach to energy storage. India’s Energy Storage Mission is an example, creating an environment for battery manufacturing, growth and scaling up supply chain strategies and scaling of battery cell manufacturing. The central government has taken various measures to increase the manufacturing capabilities within the country under the “Atmanirbhar Bharat” campaign. This includes introducing or increasing the basic customs duty, curbing imports for a few equipments. It looks like the government is finally cracking the code for building up domestic manufacturing, something that it had attempted earlier at various times. It is true that we are heavily reliant on imports and such measures will increase the energy cost, leading to a temporary slowdown in the transition. But, if we see the larger picture, this step will turn out to be a boon to domestic battery manufacturers and its ancillary industry, which will eventually become cost-competitive at the global level. In the end, an economy of the size of India must develop its own domestic manufacturing and at the same time, must be competitive to operate at the global level. 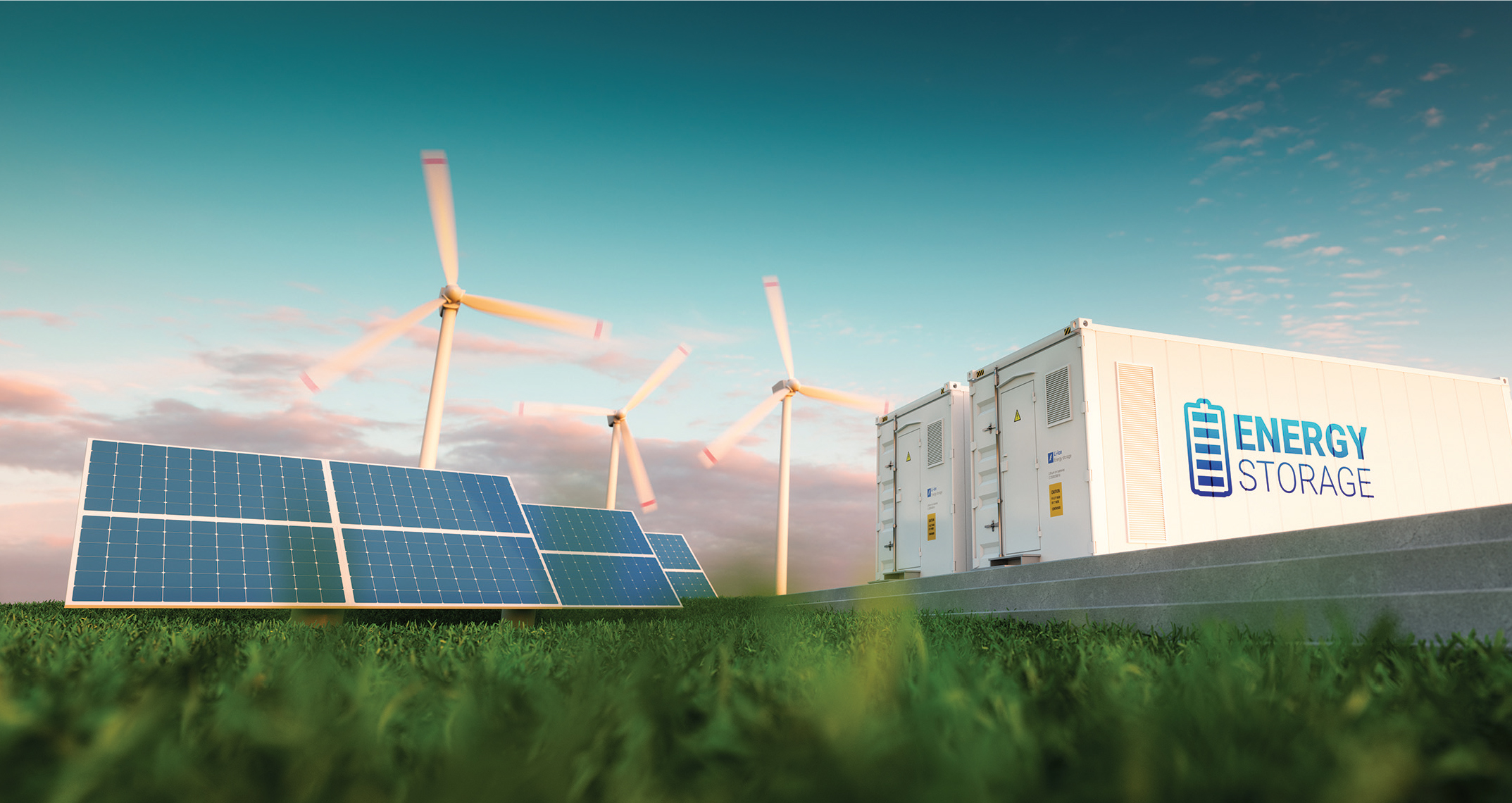 As on date we do not have much manufacturing base for energy storage technologies in India. So, yes, if this had to prevail and we had to be dependent heavily on imports, then storage would have been impacted the same way (or may be worse with the current political scenario) as solar is facing today. However, the good news is that the government has realised the advantages of indigenous manufacturing and has been promoting the same actively. By the recent announcement of Atmanirbhar Bharat, our prime minister has made the government’s intent clear. The NITI Aayog has also, on the same lines, developed the National Programme for Advanced Chemistry Cell Manufacturing, with an outlay of Rs 355 billion, which is expected to be launched shortly.

Do you think tenders for RTC power and peak power will become a norm in the future, instead of plain vanilla solar or wind tenders?

The growth of renewables in the Indian grid over the past five years has been noteworthy. However, the decreasing year-on-year growth over the past two years sends signals that going forward, the growth will not be this smooth. Thus, the renewables sector itself is in requirement of an inflection point to move ahead in the growth trajectory. Energy storage comes in as that necessary inflection. By making renewable energy more reliable, storage essentially helps in removing its variable tag.

The Ministry of New and Renewable Energy recently announced its plans to encourage all future tenders with some amount of storage. Also, recently, SECI released a concept paper on having high performing renewable energy projects, where they are now talking of plant load factor range of 60-80 per cent. Thus, energy storage becomes an absolute necessity to gain benefits. Recently, the power ministry released guidelines for renewable energy and thermal bidding, which includes storage. Meanwhile the Central Electricity Regulatory Commission (CERC) released modifications on grid connectivity, which captures renewable energy plus storage projects. Over the past two years, already 18 tenders have been released, which saw blending of storage with renewables. Going forward, this trend will only increase. What we need to be careful about is not to focus on short-term fixes, as that could result in long-term defaults in the system. Instead, the focus should be on the long-term vision and making this growth sustainable.