As electric vehicle (EV) penetration rapidly gains traction worldwide amidst rising concerns of air pollution and the need for a low-carbon transport system, the method of charging EVs needs proper consideration. Rather than using the grid power generated in conventional and polluting thermal power plants to charge clean EVs, renewable energy systems can be used to pave the way for a completely low-carbon mobility system. After all, the impact of large-scale EV uptake on carbon emissions depends not only on EVs themselves but also on the sources of electricity used to charge them. EV charging stations can be planned in a way so as to pair them with on-site renewable power systems and if possible, with energy storage systems. However, coupling of renewable energy sources and EVs will require a fine synchronisation between the EV charging time and the renewable generation period.

ICRA carried out a study, assessing the increase in power demand at different EV penetration levels across various vehicle segments (see table). A gradual increase was assumed in the share of EVs in the overall vehicle sales in India by 2030. Under the base case, it was assumed that EV penetration would increase from the level of 0.2-0.5 per cent across the four segments in 2021 to 5-20 per cent by 2030. Further, each of the vehicle segments would have different energy consumption per km of transport with two-wheelers having the lowest consumption and the commercial segment having the highest consumption. According to the study, the incremental growth in power demand due to the EV segment is estimated to vary between 2 per cent and 5 per cent, based on the penetration level for various vehicle segments. However, the impact on peak demand and individual substations could be more significant. Moreover, if EV penetration happens at a faster pace, then the impact on both energy demand and peak demand would be much sharper.

As the EV penetration level increases, the extent of additional renewable power capacity required is estimated to increase by 7,000 MW for every 10 per cent increase in EV penetration. However, as a large part of the incremental demand is likely to come in the evening or at night when renewable energy availability is limited, this could increase the offtake of thermal power, further increasing the carbon footprint. This is assuming a scenario that energy storage does not become competitive. Thus, designing appropriate pricing mechanisms would be critical to keep the grid stability and keep the carbon footprint in check. 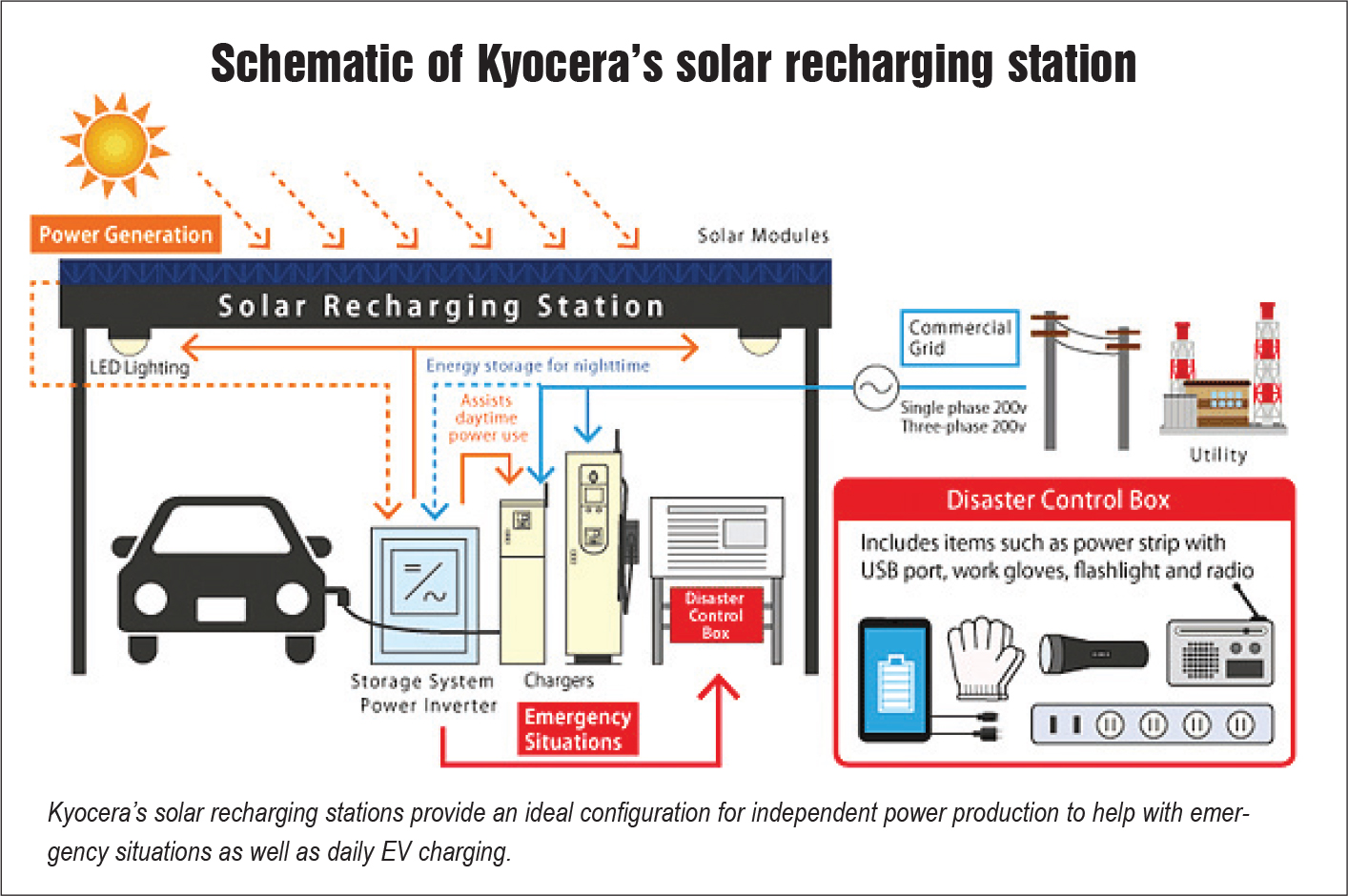 Case for solar in EV charging

The government has a target of commissioning 175 GW of renewable power capacity by 2022 with 100 GW from solar power. This increase in the share of solar power in the energy mix will need more robust grids that can absorb the intermittency of solar power generation. Thus, EV uptake on a large scale can help improve the reliability and utilisation of solar power by acting as an energy storage system for managing local power demand. Further, although at a nascent stage, vehicle-to-grid capabilities will make it possible to meet any shortfall in solar power generation by using EVs as energy storage systems to discharge when required. Moreover, if price incentives like dynamic tariffs or time-of-day pricing are provided, EVs can feed the grid at peak times to further manage the local load demand.

Solar can also help in managing the electricity demand created by EV penetration. Since EVs are connected directly to the grid, in a scattered way, it creates spikes in power usage due to the plugging on and off of EV chargers. This leads to high demand charges, which can be controlled, to some extent, through solar-powered charging stations that can reduce the power demand during peak hours. Moreover, EV charging spikes can be smoothened out by transitioning from peak-time charging to off-peak time charging by having higher prices for EV charging during peak hours. Thus, combining the EV charging equipment with an energy storage system and solar PV eliminates the high demand charges and maximises the use of renewables locally.

The National Renewable Energy Laboratory conducted a study that drew some conclusions about the use of solar power in EV charging. As per the study, daytime charging leads to more petroleum displacement, reduced range anxiety for drivers and increased adoption. Further, the use of controlled charging to synchronise the time of EV charging with that of solar generation increases benefits for both technologies.

The small share of solar-based EV charging stations can be attributed to three key challenges. The first challenge is developing a system that provides an interface between the solar rooftop project, the EV charger and the net meter. This module makes sure that first the power is taken from the rooftop system and if solar power is unavailable, grid power is used. The second challenge is that the payback period increases for such projects. The payback period of a rooftop solar system is three years. The payback period to cover the capex cost of the charging infrastructure will be another two years. This is based on a tariff of Rs 15 per unit, which is currently being charged. Finally, for many charging point operators, this business model may be unattractive as with the number of cars and frequency of charging increasing, more investment would have to be made on expanding the solar plant capacity to avoid purchasing costly power from the grid. That said, if night-time charging is to be done, then larger investments in energy storage systems would be required, which will further impact the payback period of the project.

The potential for integrating EV chargers with renewable energy systems, especially solar power and energy storage, is huge, owing to various synergies and manifold benefits. Solar-based EV charging stations can provide a truly sustainable mobility solution, which is not dependent on carbon-based polluting fossil fuels for anything. Further, the vehicle-to-grid concept, whenever commercialised, will create an ecosystem where transportation and decentralised power generation systems can become truly integrated and manage local grids more effectively.

Going forward, state discoms particularly have an attractive opportunity to move beyond power distribution and become integrated utilities. They are rightly placed to cater to the local EV charging demand and rooftop solar uptake due to their existing infrastructure. With the right dynamic pricing mechanisms based on energy demand, they can manage the load better and properly utilise the existing distribution systems.

While the government has taken some steps to promote the EV charging space, a lot more needs to be done, especially in creating favourable market conditions through enabling regulations. Further, the industry, policymakers and utilities need to work together to create sustainable business models that ultimately address the key challenges and create a win-win situation for all stakeholders with the ultimate benefit for EV users.