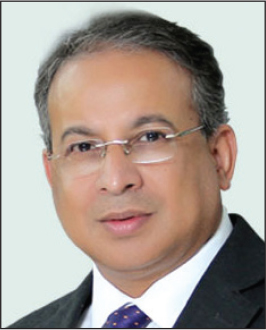 India’s plans to promote an intercontinental solar power grid or “One Sun One World One Grid” (OSOWOG), proposed by Prime Minister NarendraModi at the first assembly of the International Solar Alliance (ISA) in October 2018, have started to gain momentum. At a recent virtual energy conference, NitiAayog’s CEO Amitabh Kant explained how this global power grid based on solar energy will be completed in three phases over the next 10 years.

The growth of solar energy in India has been painfully slow over the past three decades, but has made considerable progress in the recent past. Over the past six years, India’s solar power generation capacity has grown by eight times with an installed capacity of almost 35 GW as of May 2020, which is around 10 per cent of the total installed power capacity in the country. According to official estimates, in India the installed solar power capacity will grow to around 290 GW by 2030. The current plan is to increase the solar power generating capacity to 100 GW by 2022 while the overall renewable energy capacity in India is expected to reach 175 GW by 2020 and 450 GW by 2030.

Building a global power network like OSOWOG will not be easy, but it is not too far-fetched either. In fact, a similar effort involving several countries around the world is already under way, that is, to find a vaccine/cure for Covid-19.

Over the past few years, the shift from fossil fuel-based energy to renewable energy has been more pronounced. According to the Renewables 2019 Global Status Report, the estimated share of renewables in global electricity generation was more than 26 per cent by the end of 2018. Further, for the fourth consecutive year, net capacity additions of renewable power were higher than the combined capacity additions in the fossil fuel- and nuclear-based power segments. Renewables now make up more than a third of the global installed power capacity. The plan to create a global solar power network will accelerate the migration from conventional energy to clean energy in the coming decade.

The driving force behind a global idea like OSOWOG is quite simple. The sun is always available in some parts of the world where its light can be converted into energy. By adding a layer of dependable and economically viable storage to this, we can create a global and sustainable source of energy. The cost of storage has also dropped consistently in the recent past. In India, it has dropped from around $1,100 per kWh a decade ago to around $150 at present. By some estimates, this should further drop to around $100 over the next three to five years.

The OSOWOG project will be implemented in three phases starting with the Middle East, South Asia and Southeast Asia, with India as the grid fulcrum. The global network will emerge in the third and final phase of this project. More than anything else, the success of this grand vision-based project will depend on the strength of the institutional framework and the conviction of its members. The role of the ISA will be indispensable to ensure the success of OSOWOG. It is mobilising more than a trillion dollars for investing in solar energy by 2030.

It is a matter of great pride that India is assuming a leadership role in taking this global idea forward. For one, as a co-founder of the ISA, which today has more than 120 member countries, the idea of creating a global solar energy network is only a logical extension of its role. It will also help the country achieve its long-term goal of shifting towards a greener future.