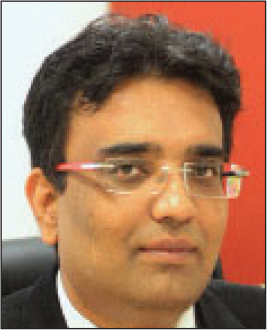 April 2020 marked the 55th anniversary of Moore’s law, which has been the feedstock of exuberant innovation in computing. The law stated that the computing or processing power of chip doubles every two years owing to continual transistor size shrinkage. It is astonishing that even after 55 years the essence of this law still holds true. Now, quantum computing, which has a different structure, has taken over the processing technology of traditional silicon transistors propounded in Moore’s law.

A parallel law, called Swanson’s law, exists in the renewable energy world.  It is named after Richard Swanson, the founder of SunPower, an American solar cell manufacturer. The law states that the cost of solar PV modules falls by 20 per cent for every doubling of volumes. So far, the law has withstood the test of time. The scale at which renewable energy projects are being added worldwide has given a boost to technological advancements in solar PV and has led to a reduction in costs over the past decade. There has been a dramatic decline in the price of PV cells the world over ($3.50 per watt in 2006 to $0.2-$0.3 per watt in 2019). The trend is expected to continue in the foreseeable future.

India, which embarked on its solar journey almost a decade ago, claims to produce the world’s cheapest solar power, thanks to a combination of low-priced panel imports from China, abundant land and cheap labour. The country set an ambitious target of adding 175 GW of renewables by 2022. The prime minister soon announced another milestone of adding 450 GW of renewables by the year 2030. These targets seem Herculean, given the myriad problems, right from renegotiation threats to power purchase agreements (PPAs) to the changing laws and land acquisition norms in resource-rich states. The power curtailments despite projects being given “must-run” status have also acted as a dampener for investors.

The issue of renegotiation of PPAs and the threat of curtailment both have a direct relation to the falling tariffs of renewables in the country. The states, which were the torchbearers of clean energy, are now left with the seemingly unfair baggage of relatively higher-tariff PPAs while others are now reaping the benefits of lower tariffs. States such as Tamil Nadu and Andhra Pradesh, which spearheaded renewable project development, now find themselves commercially bound to honour the seemingly costlier (compared to current tariffs) PPAs signed a few years back. Any renegotiation attempt is a shock for investors and is frowned upon by the central government and industry bodies. Also, since the contracts were sacrosanct and India does not have a workable framework of contract renegotiation, the situation gets unnecessarily complicated with no solution in sight.

The recent situation in Andhra Pradesh regarding renewable energy PPAs was one of the major reasons behind the proposal to establish an Electricity Contract Enforcement Authority (ECEA) in the draft Electricity Act Amendment 2020. The ECEA would be the sole authority and would have jurisdiction to adjudicate upon matters regarding contracts related to the purchase or sale of power between a generating company and a licensee or between licensees. An order passed by the authority would be executable as a decree of a civil court.

Going forward, volumes in the renewable energy industry would continue to go up. In India, the pace of addition of renewable energy has picked up and in the past five years or so the capacity has more than doubled from around 35 GW during 2014-15 to approximately 87 GW at present. Going by Swanson’s law, the ongoing technological advancements would result in continual fall in the prices of solar PV modules. Hence, there is an urgent need to implement solutions to address this “first-mover remorse”, which adversely impacts the already bleeding discoms of the country. This is even more important if we, as a country, want to introduce new and more advanced technologies, which may have higher tariffs to start with, such as offshore wind, round-the-clock renewable energy with storage, and the methodology of dual land use for PV.

Andhra Pradesh has been a forerunner in the adoption of non-conventional energy sources. As per the Andhra Pradesh Electricity Regulatory Commission’s tariff order for 2019-20, non-conventional sources accounted for 24.5 per cent of the total energy. This is much higher than the renewable purchase obligation (RPO) of the state. The total capacity of wind and solar PPAs in the state stands at about 8,500 MW, of which almost 5,950 MW of capacity generates power at above Rs 4  per unit. The falling tariffs of solar power procurement have started a debate on whether the developers who had signed past PPAs were receiving undue gains at the expense of the state exchequer. This has led to the state evaluating PPA renegotiations, which has further opened up a Pandora’s box of problems.

The rapid expansion plans in the renewable energy space have opened up an opportunity to subsume the apparently costlier PPAs. It is expected that the central government would come up with close to 20 GW of tenders each year for the next three to four years. These numbers when compared to the already existing PPAs are huge. So, the proposal is that if we are able to pool the discovered costs in these tenders with the previous year’s high tariffs, we might be able to arrive at acceptable tariffs for both the new as well as old procurers.

As per the October 22, 2019 amendments in the bidding guidelines for procurement of power from grid-connected solar PV projects, power pooling has already been proposed. There would be two tariffs for all the bids opened during the year – the “June tariff” and the “December tariff”. While the said amendments tackle the issue of implementing new technology tenders by pooling their costs with the now conventional solar or wind power, we propose to extend the same to old contracts as well. For instance, a percentage of old contracts can be pooled with the June or December tariffs, thereby, socialising the high-cost PPAs over the new PPAs.

Developers would continue to get their fair share as per their executed PPAs but the burden on the first mover reduces. It is estimated that if such an approach is applied, then all the PPAs greater than Rs 4.50 per unit shall be subsumed within five years. The weighted average tariff of such pooled power can be fixed at some level for these five years and any tariff discovered below this ceiling should help accommodate old PPAs, which are above the national average power purchase cost (APPC). The scheme can be prepared by a nodal agency such as the Solar Energy Corporation of India and the surrendering of old contracts to this pool shall be voluntary. Since the contract conditions of PPAs might vary, a critical exercise would be needed to be able to pool these PPAs with the new ones. The billing, collection and disbursement activities shall also be taken up by the nodal pooling agency. 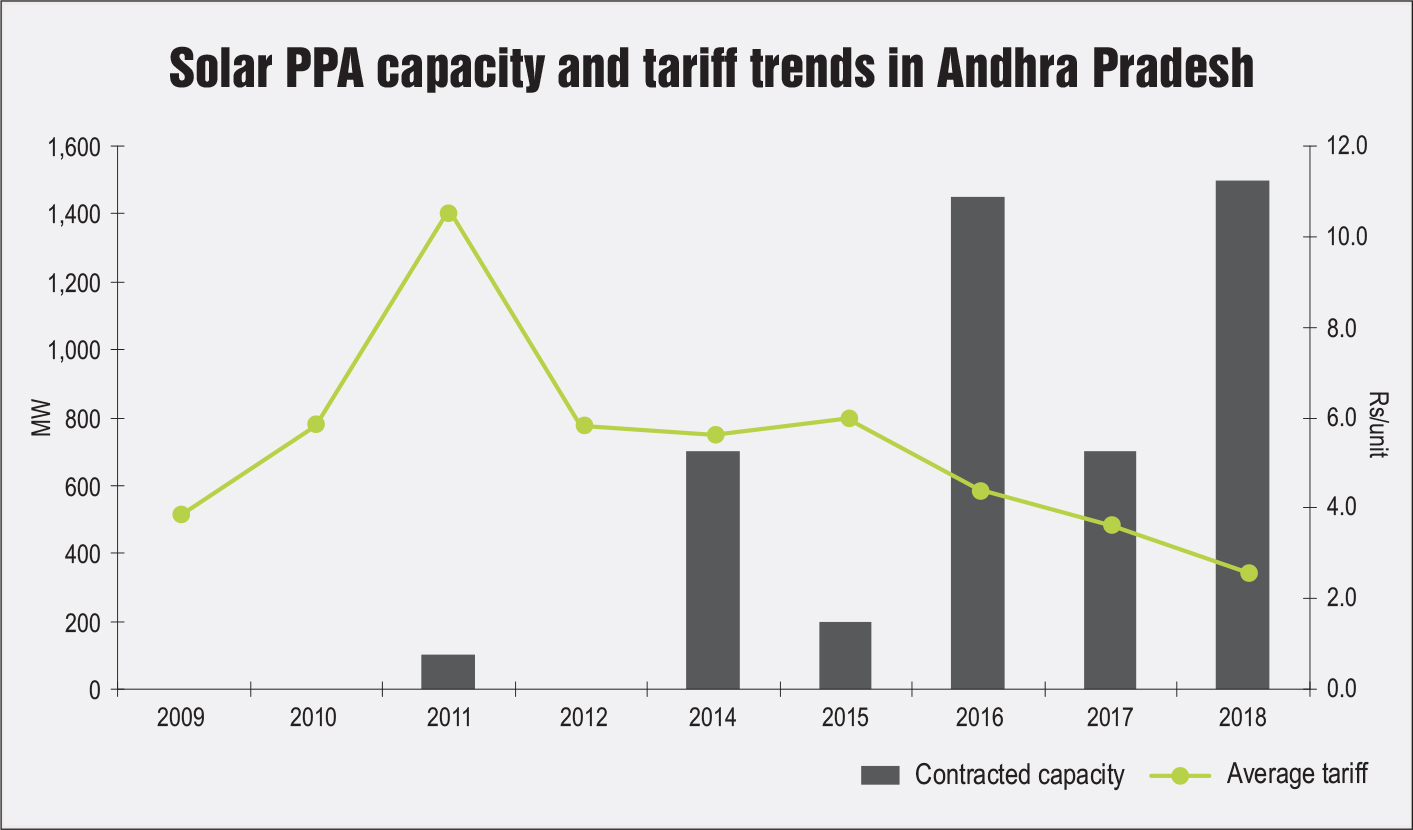 States would accept the scheme and agree to sign a PPA at the preferred ceiling tariff if it is at the same level at which the state can get renewable power installed by itself. Thus, there is a limited tariff band at play in which old contracts may be pooled. But given the realities of Swanson’s law and falling tariffs, there should not be an issue in finding the optimum tariff ceiling.

The approach also paves the way for the adoption of new technology, which might be costlier initially but will be vital to the success of green energy adoption in India. The above methodology addresses the issue of “first-mover disadvantage” in the renewable energy space and would help alleviate any doubts in the minds of procurers from moving first in the adoption of any new technology. Such procurers shall get the benefit of falling tariffs in the future even though they are entering into 25-year contracts. Other benefits of the proposed solution shall be payment security and no power curtailment for  commercial reasons.

Depending upon the experience, a similar pooling approach can be extended to all the existing PPAs of non-conventional energy in the next phase. Any new PPA shall get merged/pooled in the total renewable power and we shall get a single tariff for all the procurers. “One country, one renewable energy tariff” may be the ideal case we might strive towards. A single tariff assures the buyer of fairness and ease in procurement, which is missing in today’s multi-project, multi-tariff model. Given that Swanson’s law is here to stay, it may be prudent to adopt such a model than to deal with an Andhra Pradesh-like situation every five years.