After its bifurcation, Andhra Pradesh has made considerable progress in reducing its peak energy deficit. In 2018-19, the state reported a deficit of a mere 0.1 per cent, with an energy demand of 63,861 MUs and supply of 63,804 MUs. For 2019-20, the energy demand is projected to be 71,545 MUs and supply 76,820 MUs, which would result in a surplus of 7.4 per cent. To promote the uptake of renewable energy, the state government has released solar, wind and wind-solar hybrid policies. The state has already added 3,559 MW of solar capacity and 4,091 MW of wind capacity. Renewable energy accounts for a 33.5 per cent share in the total installed capacity of 24,802 MW in the state. The New and Renewable Energy Development Corporation of Andhra Pradesh (NREDCAP) is the nodal agency for renewable energy development in the state. There are two state power distribution companies – Andhra Pradesh Eastern Power Distribution Company Limited (APEPDCL) and Andhra Pradesh Southern Power Distribution Company Limited (APSPDCL).

Andhra Pradesh released its renewable purchase obligation (RPO) regulations in 2017, with targets from 2017-18 to 2021-22. The base electricity consumption for the calculation of RPO excludes consumption met from hydro sources. The Andhra Pradesh Electricity Regulatory Commission (APERC) has set the state’s RPO for 2017-18 at 9 per cent, of which the solar RPO is 3 per cent and the non-solar RPO is 6 per cent. By 2021-22, the RPO will be increased to 17 per cent renewable energy, 7 per cent solar and 10 per cent non-solar.

Andhra Pradesh has the fifth highest installed solar capacity of over 3.5 GW, with ground-mounted projects accounting for a large share of about 97 per cent. The installed solar capacity in Andhra Pradesh has seen an upward trend over the years. On the policy side, Andhra Pradesh released a new solar policy in January 2019 to promote the widespread use of solar power, setting a minimum target of 5 GW in the next five years. This policy will remain applicable for a period of five years or until a new policy is issued. Solar power projects that are commissioned during the operative period will be eligible for the incentives declared under the policy for a period of 10 years from the date of commissioning.

The state also has a net metering policy in place since 2015 to promote the rooftop solar segment. At present, both net and gross metering arrangements are available in the state. Andhra Pradesh discoms have recently proposed an amendment to the existing rooftop solar policy. The proposal states that the applicable tariff for rooftop solar projects for either net or gross metering should not exceed the difference of pooled variable cost and balancing cost or the applicable tariff at the time of commissioning, whichever is less. The discoms have also proposed an agreement period of 10 years instead of the existing 25 years. In addition to the net metering policy, in May 2019, the APERC approved a discom-driven solar rooftop programme proposed by APEPDCL.

In Andhra Pradesh, a large share of power is consumed by the agricultural sector, constituting around 24 per cent of the total energy consumption of the state. Given the consumption pattern of the sector, solar power can help shift the agricultural  load and meet the power demand during the day. The state government is planning to set up solar projects to meet the increasing demand for power and supply free, uninterrupted power to the agricultural sector. The state government has announced that it is planning to develop 10 GW of solar power projects to supply free power to farmers in the state.

The solar power segment is expected to continue adding capacity, given the progress being made under ultra mega solar parks that are currently under development in the state. The Ministry of New and Renewable Energy (MNRE) has sanctioned a cumulative capacity of 4 GW for the development of solar parks in Andhra Pradesh. These parks are being developed in the Ananthapuramu, Kurnool and YSR Kadapa districts. Further, battery storage projects of 300 MWh are being developed in the Ananthapuramu solar park and the Talaricheruvu solar park. Besides these projects, Andhra Pradesh has issued tenders in the past year for developing rooftop and floating solar plants. There is about 40 MW of floating solar capacity in the pipeline, which will be installed at locations such as the Simhadri thermal power station and the Visakhapatnam Smart City.

Andhra Pradesh has an installed wind power capacity of 4,092 MW. However, there has been a lull in activity, following the issue of revisiting power purchase agreements (PPAs). Many wind PPAs were under scrutiny and faced uncertainty. Although no tenders have been released recently for stand-alone wind power projects in the state, interest in wind-solar hybrids has picked up. Andhra Pradesh is one of the only two states to have issued its own wind-solar hybrid policy. NREDCAP released the Wind-Solar Hybrid Policy, 2018, to encourage the uptake of hybrid power technology in the state. The policy will remain in effect for five years. A wind-solar hybrid project must achieve a minimum capacity utilisation factor of 40 per cent to be eligible for incentives as per the policy. Further, in June 2019, Andhra Pradesh Generation Corporation Limited invited bids for 10 MW of grid-connected wind-solar hybrid power projects at Ramagiri, in Anantapuramu district. In November 2019, the state government issued a notification amending the state’s policy for wind, solar and wind-solar hybrid projects, taking away some vital incentives from the renewable generators. The amendments have changed or removed many existing provisions that deal with transmission charges, energy banking and tariff determination.

Wind-solar hybrid projects can also integrate energy storage to maximise the potential of the renewable energy generated. To this end, Greenko is currently developing multi-gigawatt-scale integrated renewable energy storage projects with national grid connectivity in Karnataka and Andhra Pradesh. The projects will harness the potential of solar and wind resources with digitally connected storage infrastructure to provide round-the-clock power to the grid. A technical feasibility study has been carried out for the project, which is expected to be completed by 2022. In 2018, around 4,766 acres of land was allotted for the projects, along the existing Gorakallu reservoir, and the Pinnapuram Reservoir, which is to be constructed. To further explore the potential of pumped hydro storage, NREDCAP has floated a tender for reports on techno-commercial feasibility of pumped storage power (PSP) projects in the state. So far, 30 potential sites, four on-river and 26 off-river, have been identified for setting up PSPs. This is part of the renewable export policy being prepared by the government to promote and facilitate renewable power investments in the state. 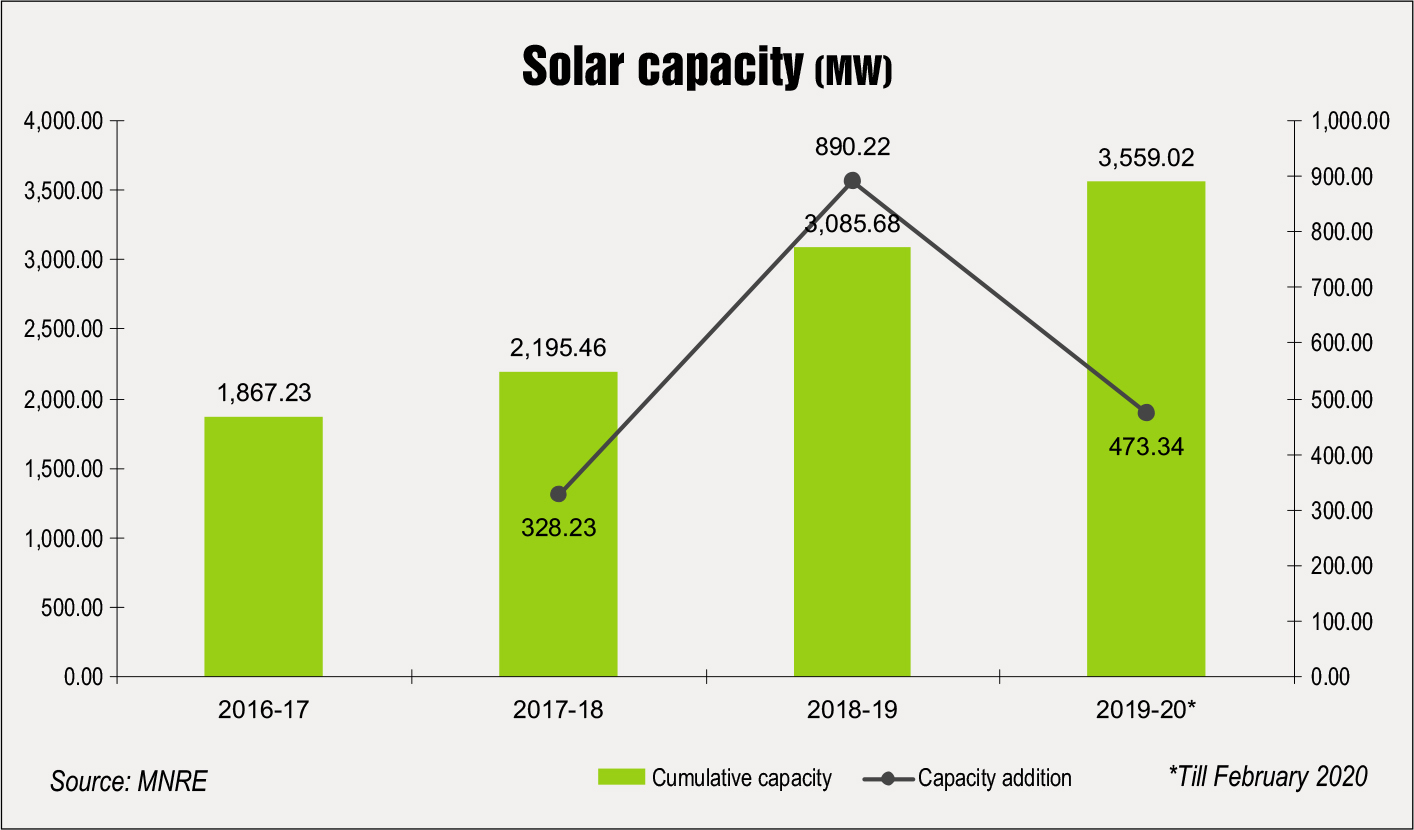 The state’s discoms have long wanted old wind projects to reduce the price of electricity to ease the burden on discoms. The government utilities have asked developers to bring their tariff rates on par with those quoted at the recent auctions. However, the cost structures for the old and new projects differ with old projects having higher capital costs and long-term 25-year PPAs. The new state government that came to power in May 2019 increased pressure on developers to lower their rates and revise their PPAs.

This resulted in a series of back and forth movement among the state government, the central government, discoms and developers throughout 2019. The state government’s decision to renegotiate PPAs has dampened the confidence of international investors and put the sanctity of legal contracts at risk. It also adds to the stress of developers with dwindling cash reserves, especially due to payment delays by discoms. Banks have also been averse to lending for state projects. In October 2019, the National Solar Energy Federation of India requested the MNRE to bail out solar generators from the ongoing renewable energy dispute in Andhra Pradesh. In November 2019, a meeting was held between the MNRE and the representatives of the Andhra Pradesh government. The meeting arrived at a conclusion that the PPAs that have been signed and the tariffs that have been fixed by the state electricity regulatory commission will not be revisited. Another decision reached in the meeting was that in case the state government resorts to solar or wind power curtailment for reasons other than grid safety, the state utility would be bound to pay for the curtailed power due to the must-run status of these plants.

In December 2019, the Andhra Pradesh High Court at Amravati came down heavily on the state discoms. It directed them to clear the dues of solar and wind developers. In view of the fact that developers need liquidity to keep the projects in operation, the court directed the discoms to immediately pay Rs 2.43 per kWh and Rs 2.44 per kWh to wind and solar developers respectively. The state discoms submitted an affidavit to make the payment within four weeks from December 20, 2019. This is expected to revive the confidence of investors in contract enforcement. However, this was only an interim relief for the discoms. Considering the volume of renewable power covered under PPAs up to November 2019, the pending bills of these developers amount to Rs 14.5 billion. As per the affidavit, the power utilities of Andhra Pradesh had a debt of Rs 600 million. However, after the court’s order, some of the pending bills have been discharged by raising loans. 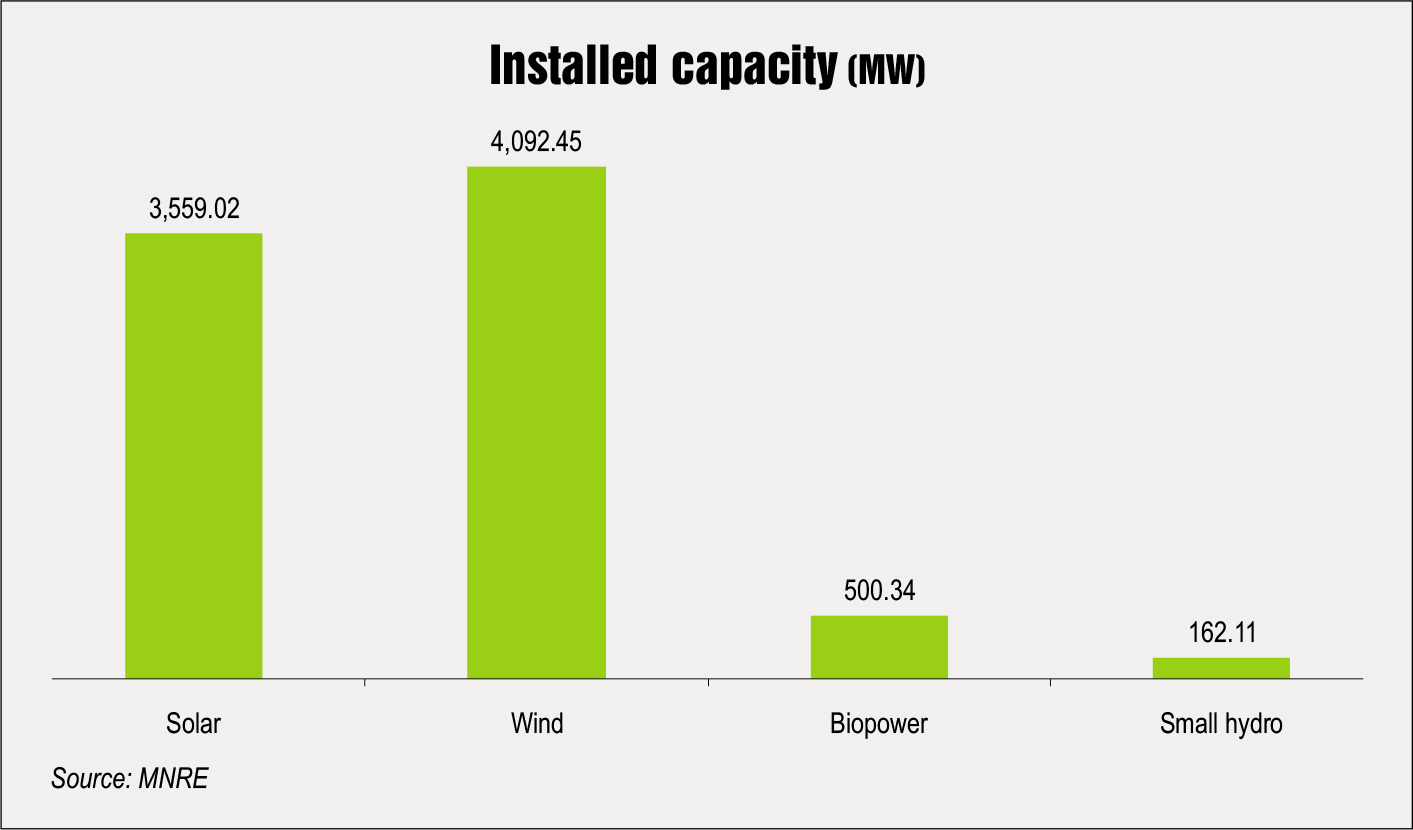 Both APEPDCL and APSPDCL have not been profitable. While the former received a credit rating grade of A for financial year 2018, the latter received a grade of B+. Although they have improved slightly in terms of credit ratings, the discoms have significant outstanding dues, which they have started to settle only in 2020. In February 2020, the Andhra Pradesh government approved Rs 29.84 billion to the discoms towards the payment of 25 per cent of their power dues. The allowance is included under the UjwalDiscom Assurance Yojana (UDAY), which aims to help the struggling state-run discoms by providing them the required financial assistance. Of the approved amount, Rs 21.99 billion will go to central and state generating stations, and the remaining will go to wind and solar generators for dues up to December 2019. 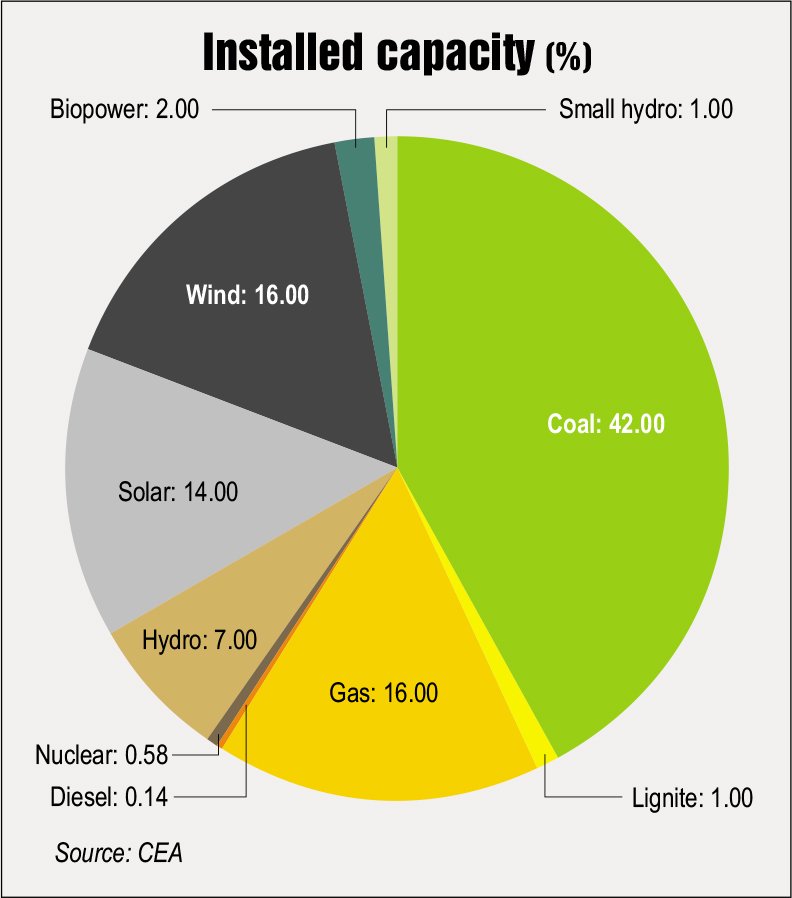 In light of the Covid-19 pandemic and following the subsequent nationwide lockdown, APSPDCL has sought relief under the force majeure clause. The state’s discoms are reportedly suffering from reductions in revenue because of the three-week lockdown and the consequent disruption in economic activity. It has affected the consumers’ ability to pay their electricity bills.

Andhra Pradesh is also amongst the top 10 states to be worst hit by the Covid-19 pandemic. Solar and wind developers’ cash flows will be affected and corporate bank loans for new project development will also be difficult to maintain. The spread of the pandemic is likely to affect the discoms’ revenue stream and add to their payment dues. In view of this, the government has granted them relief for three months. If the problem escalates, it will have a severe financial impact on both discoms and developers, which are still reeling from the PPA fiasco.