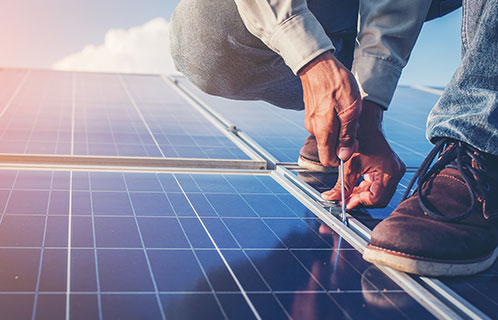 The Uttar Pradesh Electricity Regulatory Commission (UPERC) has allowed Noida Metro Rail Corporation Limited (NMRC) to install 10 MW of rooftop solar power projects with a net metering facility. UPERC had earlier asked NMRC to adhere to the safety norms during the installation and operation of the projects. NMRC had filed a petition asking the Commission to relax the 1 MW ceiling and to supply electricity on a net metering basis. NMRC had stated that it wanted to install 10 MW of rooftop solar projects at 21 metro stations, depots, and parking areas on the Noida-Greater Noida Metro Corridor.

A large amount of electricity is required to power the extensive metro rail networks in various cities. These include not only trains, but also stations, depots and service areas, which require continuous power supply. At present, more than 10 Indian cities have high speed metro rail systems while construction work is being carried out in at least another 15 cities. The energy demand of these intra-city urban mass transit systems is increasing continuously. Further, the new metro services are expected to put huge pressure on the country’s urban power supply networks. Even the existing metro rail networks are being expanded to cover more area or a higher frequency in order to service a greater number of passengers.

Like any bulk commercial and industrial power consumer, metro rail corporations pay significantly high power tariffs to their local discoms. Thus, for an entity like the Delhi Metro Rail Corporation (DMRC), which consumed 1,100 MUs of energy in 2018-19, power costs can contribute to more than 30 per cent of the total input costs. These expenses are only likely to increase in the future with energy demand and grid tariffs constantly rising.