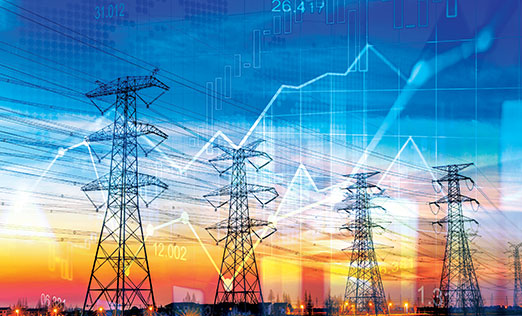 The Uttar Pradesh Electricity Regulatory Commission (UPERC) has approved a pilot project for peer-to-peer transactions of power from rooftop solar systems using blockchain-based technology. Under this pilot project, government buildings or consumers will carry out peer-to-peer transactions for the trading of rooftop solar power. The fees for the blockchain technology will be recovered in the account rate of return of the concerned distribution licensee. For implementing this project, India Smart Grid Forum (ISGF) has offered to advise the Uttar Pradesh Power Corporation Limited with an advisory fee of Rs 5 million. The ISGF has also agreed to waive off the transaction fee.

Recently, BSES Rajdhani Power Limited (BRPL) has partnered with Power Ledger, a blockchain-based renewable energy trader, and launched trials for a peer-to-peer energy trading platform. The platform will allow residents with rooftop solar installations to sell excess energy to their neighbours instead of letting it flow back to the power grid. It aims to enable participants easier and cheaper access to renewable energy and for solar installation owners to monetise power. The trial will comprise 5-6 MW of existing solar infrastructure and will be conducted in Dwarka, Delhi.

The Indian economy is at the cusp of an energy transition, moving from conventional systems to agile and smart systems. Given the addition of large volumes of intermittent and variable renewable energy, grid management has begun showing signs of stress. The deployment of decentralised energy resources and the emergence of prosumers have added to the challenges in managing energy systems and carrying out power transactions at the individual user level. Another challenge is the mammoth task of validating the authenticity of these transactions to avoid spurious dealings.

The application of blockchain, a distributed ledger technology wherein consecutive transactions are collected together in the form of coded values, in the renewable energy sector can have a significant impact on energy trading and management. In addition, the challenges resulting from the emergence of decentralised generation, especially in rural areas, can be mitigated with the help of blockchain.