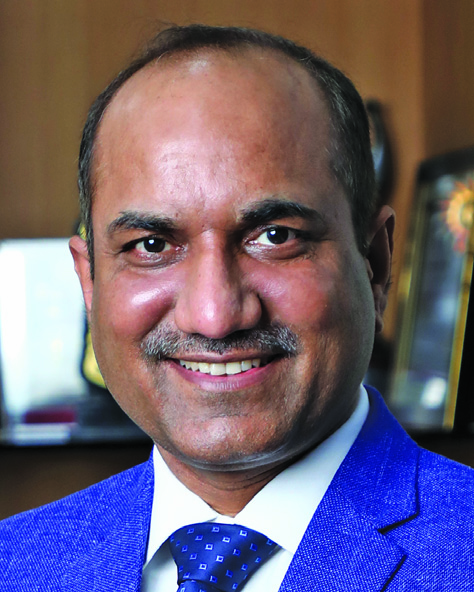 Maharashtra has been allotted renewable capacity targets of 11,926 MW for solar power, 7,600 MW for wind, 50 MW for small hydro and 2,469 MW for biomass-based power by the Ministry of New and Renewable Energy (MNRE). With a small percentage of the targeted capacity installed so far, the state needs to adopt a fast-paced strategy to tap its high renewable potential. In an interview with Renewable Watch, Sanjeev Kumar, principal secretary (energy), Government of Maharashtra, and chairman and managing director, Maharashtra State Electricity Distribution Company Limited (MSEDCL), talked about the state’s plans to make significant investments in renewable capacity addition and storage systems to meet the growing demand for clean energy. He also shared his views on the state government’s efforts to promote the rooftop solar segment and agricultural solar pumps. Excerpts from the interview…

What have been the key renewable energy developments in Maharashtra over the past year? Where does the state stand in terms of renewable capacity addition?

The MNRE sanctioned 7,000 off-grid solar pumps to the Maharashtra Energy Development Agency in the year 2017-18. Of these, 6,000 pumps have been installed. Apart from this, MSEDCL has plans to set up 100,000 solar agricultural pumps, of which 9,934 have been installed. These pumps are entirely funded by the state government. In 2018, the state government and the state discom decided to procure all renewable energy, except for small-hydro and municipal solid waste projects, through a competitive bidding process. In the past two years, MSEDCL has floated tenders for around 7,000 MW of capacity. Of this, power purchase agreements (PPAs) have been signed for around 4,200 MW of capacity, while PPAs for around 1,200 MW are under process.

What are the key schemes or initiatives planned in the near future? What are the upcoming state tenders for renewable energy projects?

MSEDCL has plans to tie up around 4,000 MW of solar capacity in 2019-20 and 2020-21, of which a 500 MW solar tender has already been floated. Further, a 300 MW solar project under the KUSUM scheme is being implemented and the process will start shortly. MSEDCL has also sought the commission’s approval for around 500 MW of flexible and schedulable power from renewable energy sources with energy storage facility. The state will also implement the Solar Agriculture Pump Scheme in the coming years.

What measures has the government taken to promote rooftop solar?

For promoting rooftop solar in the state, net metering regulations were already put in place by the Maharashtra Electricity Regulatory Commission (MERC) in 2015. The regulations deemed all consumers in the state, including industrial and commercial consumers, eligible for installing solar plants up to contract demand. As of September 2019, around 360 MW of rooftop solar capacity has been installed in the state, which is the highest in the country. Further, MSEDCL is taking part in Phase II of the central government’s rooftop scheme and will initiate the process shortly.

What is the current status of the Chief Minister’s Solar Agriculture Feeder Scheme?

The Chief Minister’s Solar Agriculture Feeder Scheme is an innovative scheme being implemented in the state for the development of 2-10 MW of decentralised solar projects directly connected to agriculture-dominated distribution substations to supply daytime power to agricultural pumps owned by farmers.

MSEDCL has already tied up around 800 MW of capacity under this scheme while around 500 MW of PPA signing with the Maharashtra State Power Generation Company is under process. Of this, around 60 MW of solar projects are already commissioned and it is expected that the total 500 MW of solar projects will be commissioned by March 2020, benefitting around 200,000 farmers. We have planned to commission about 3,000 MW of capacity under the scheme by 2024-25, and provide eight hours of day power to farmers. 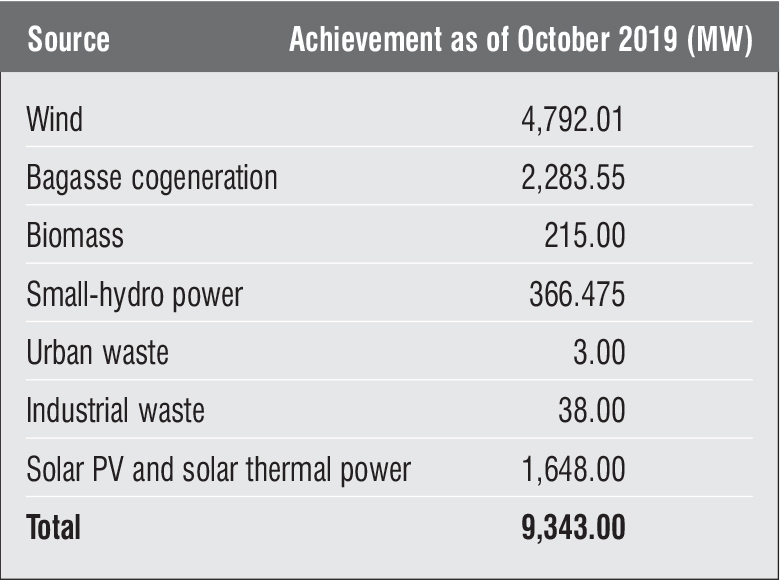 What is the current RPO compliance status in the state and what are the plans to ensure 100 per cent compliance?

MSEDCL has planned its renewable energy procurement plan to ensure compliance with the RPO target set by the commission. The target is 15 per cent for 2019-20, of which 3.5 per cent is for solar. The discom has met 100 per cent of its non-solar RPO targets up to March 2018. However, there is a shortfall in its non-solar RPO compliance for 2018-19. Meanwhile, the discom has met its solar RPO target up to March 2016. Now, there is a shortfall of around 3,500 MUs. MSEDCL has contracted adequate renewable energy capacity to meet its non-solar RPOs and is in the process of finalising contracts for solar power. However, due to less response in the tendering process and the unavailability of the expected energy from the contracted capacity, MSEDCL is falling short of meeting its RPO targets. Further, as I have already said, MSEDCL has planned to contract around 4,000 MW of solar capacity within the next two years.

What are the provisions in the state to promote open access and third-party sale of power?

Open access regulations have been in place since 2006 and amendments are being made from time to time. The eligible open access consumers are sourcing power from third-party or captive power projects. Currently, more than 15 per cent of power is scheduled by open access consumers through third-party or captive power projects. In 2018-19, in megawatt terms, the scheduled power was around 1,250 MW while in MUs, it was 4,848 MUs. Also, the MERC has allowed wind project developers, whose PPAs with MSEDCL have expired after completion of 13 years, to sell power in the open market. With this, there has been a rise in open access from these wind projects.

What is your outlook for renewable energy in the state and in the country?

The Indian government has set an ambitious target to achieve 175 GW of renewable energy capacity by 2022 and efforts are being made at different levels to meet the target. Further, considering the huge capacity addition nationwide, the cost of renewable energy installation is coming down. This will help in reducing the power purchase cost, which will ultimately enable discoms to reduce the tariff for consumers. Further, solar capacity addition will help meet the agricultural demand during daytime as well as the electric vehicle charging demand. Further, the state regulator has come up with draft regulations for RPOs, setting a 25 per cent target by 2024-25, of which 13.5 per cent is for solar energy. The approximate solar capacity required by MSEDCL to achieve its solar RPO target by 2024-25 is around 12,500 MW, for which around 8,000 MW of solar PPAs are required to be signed.