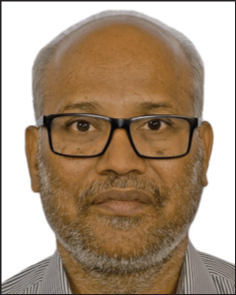 He completed his master’s in monetary economics from Andhra University and later moved to Delhi to pursue research in the same field. However, his constant urge to grow, led him to move from one organisation to another, thereby developing an interesting career profile spanning environmental economics, public finance, energy economics and electricity regulation. He began his professional journey in 1992 as a research fellow at the Institute for Studies and Industrial Development, New Delhi, and worked on issues surrounding the corporate sector. He developed an interest in environmental economics and this prompted him to join the Institute of Economic Growth in 1994, where he worked for four years. Soon after, he got the opportunity to work as a consultant with the Eleventh Finance Commission (EFC). “I truly enjoyed working at EFC and it will continue to be the most memorable experience of my career,” he says. Post his stint with EFC, he joined the CERC as assistant chief (economics), a position he held for nine years before becoming deputy chief. “At the CERC, I have been involved in the preparation of various regulations and orders as well as in the preparation of notifications on various escalation factors for power procurement by discoms through competitive bidding. Moreover, being coordinator of the Electricity Market Monitoring Cell the CERC, I bring out monthly and annual reports on the short-term power market,” he says.

The CERC gave him the opportunity to travel across the world. In 2003, he participated in the USEA/USAID Energy Partnership Programme. He also got the opportunity to visit the US, the UK, Germany and Norway, where he discussed key issues in the development of the power market for drafting related regulations for the Indian power sector. In 2017, he visited Germany and Spain to learn about the challenges faced by renewable-rich countries with the increased penetration of renewables.

Prasad’s research publications are testimony to his extensive professional experience. He has 11 research publications to his credit, including three working papers and two conference/seminar papers. On being asked whether he would like to explore another segment, Prasad says, “No. I wish to work in this segment for some more time.”