The financial and operational performance of state-owned power utilities has been a constant concern for the sector. While various efforts have been made in the recent past to improve the financial health of the state utilities and promote investment in the sector, the debt level of utilities (distribution as well as generation) continues to be higher than the desired levels.

The Power Finance Corporation (PFC) recently released the “Report on the Performance of State Power Utilities for 2013-14 to 2015-16”, the fourteenth in the series, providing comprehensive information on key financial and operational performance parameters of the utilities. The report is based on a survey conducted across more than 100 power utilities (gencos, transcos and discoms, including power departments). The report points to the continuing increase in the book losses of utilities and the dependence on subsidies, but also highlights that there has been a significant improvement in the net worth of the utilities.

With respect to the distribution segment, losses of Rs 633.21 billion were recorded, with only 13 discoms registering profits in 2015-16. The discoms also registered a revenue gap (on a subsidy-booked basis) of Re 0.63 per unit and a cost recovery of 77.86 per cent, among other things.

Renewabl Watch summarises the key findings of the report…

While some states, including Tamil Nadu, Rajasthan, Haryana, Kerala, Chhattisgarh and Madhya Pradesh, showed a substantial improvement in terms of a reduction in book losses, others like Maharashtra, Uttar Pradesh, Punjab, Andhra Pradesh and Jharkhand witnessed an increase in book losses. Five states – Maharashtra, Uttar Pradesh, Rajasthan, Tamil Nadu and Madhya Pradesh – accounted for over 80 per cent of the total losses in 2015-16. Meanwhile, the aggregate book losses of utilities selling directly to consumers increased from Rs 545.58 billion in 2014-15 to Rs 633.21 billion in 2015-16. On a subsidy-received basis, the losses stood at Rs 657.18 billion in 2015-16, marking an increase of 15 per cent over the Rs 569.39 billion in 2014-15. Out of 53 discoms, 47 recorded losses without subsidy and 41 discoms recorded losses on a subsidy-received basis. 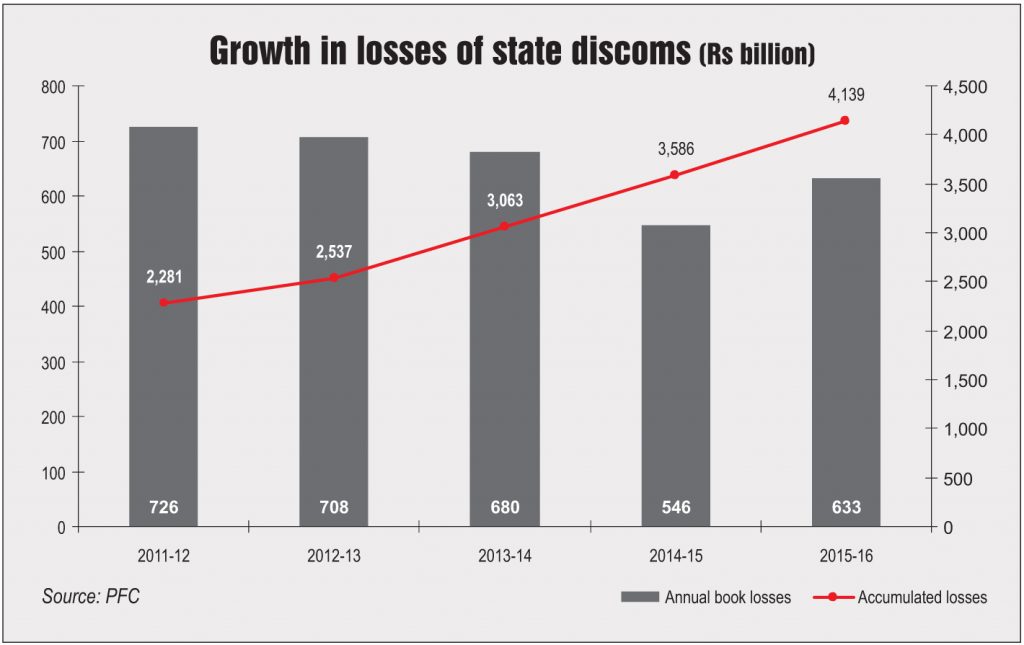 Capital deployed and net worth

The PFC report has provided a comprehensive view of the performance of state-owned utilities. As highlighted in the report, the performance of the power utilities continues to be gloomy, with a high level of losses, a large revenue gap and negative net worth. The situation of the discoms is particularly dismal, which directly impacts the generation and transmission companies.

That said, there has been some improvement in discom finances on the back of the Ujwal Discom Assurance Yojana launched by the government in November 2015. However, this fact has not been fully captured in the report since it tracked data till only March 2016. In sum, it is evident from the report that there is still a lot of scope for performance improvement by the power utilities. 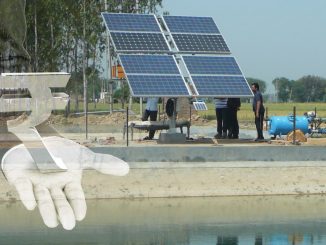 April 2018
With agriculture being the main occupation in rural India, providing adequate irrigation to farmers is the primary concern of the government. Since fa...
More 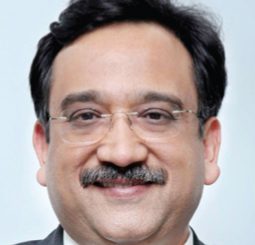 Rationalising Tariffs
Need of the hour 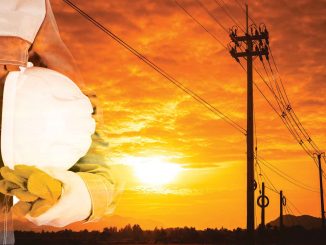 UDAY Progress
Some success, but still a long way to go

September 2018
Launched in November 2015 to improve the financial and operational efficiency of state discoms, the Ujwal Discom Assurance Yojana (UDAY) has been a ga...
More