After announcing tall renewable energy targets to meet its climate goals, the government has set yet another ambitious target to move to electric vehicles (EVs) by 2030. The National Mission on Electric Mobility aims to achieve the sale of 6-7 million hybrids and EVs every year from 2020 onwards. At a recent Renewable Watch conference, “E-mobility and Charging Infrastructure”, Anil Srivastava, adviser, infrastructure, NITI Aayog spoke about the scope of EVs in India, the government’s initiatives in this space, the key challenges and the way forward. Excerpts…

A lot is being spoken about electric mobility by the government, the automobile sector, media, etc. As far as e-mobility is concerned, the writing is on the wall, whether we choose to read it or not.

A number of initiatives have been taken globally. Norway has said that by 2025 it will replace all its vehicles with EVs. France and the UK have set targets for 2040. Germany has also hinted at the adoption of EVs while Scotland has set a target for 2032. China has about 140 battery manufacturing units and has surpassed the US and Europe in terms of charging stations, battery manufacturing facilities and lithium storage solutions. Besides, California in the US has indicated that it will be banning internal combustion engines.

The main concerns regarding EVs are charging stations, fuel and energy. Any new fuel will have a new distribution channel. If we have to change from the current fuel to some other fuel, the entire game has to be different. This is something that we cannot ignore. Further, the switch from fossil fuels to other clean sources of energy should not be after the fossil fuel sources have been totally exhausted but much before that.

Electric cars account for 26 per cent of the total cars in Norway, 6 per cent in Denmark and 1.3-1.5 per cent in China; in India, this figure is 0.2 per cent or less. India manufactured approximately 3.6 million passenger cars in 2016. It is the largest manufacturer of tractors and the second largest manufacturer of two-wheelers and three-wheelers. The entire world is looking at the growth of the Indian automobile sector, which is expected to expand at a compound annual growth rate (CAGR) of 7-9 per cent, considering the current growth trend in the Indian economy.

The forecasts of various agencies suggest that close to 35 per cent of vehicles manufactured in 2030 would be EVs, a number that may increase to 55-60 per cent by 2040. By 2026, it has been estimated that India will be producing around 66 million units of automobiles. This is a base scale estimate and if the economy grows any faster, the number could rise to 75 million (including cars, tractors, two-wheelers and three-wheelers).

The number of spare parts in EVs is much less than what internal combustion cars require. As per estimates (combining figures of Oxford Economics, UK and Bloomberg), even if India does not manufacture EVs locally, it will have 30 million EVs by 2030 at a CAGR of 9 per cent.

How is India placed in terms of EV manufacturing? India has a per capita passenger car ownership (number of cars per 1,000 individuals) of 18-20. This figure is about 800 in the US, 90 in China and 350-400 in Europe. Given the low penetration of passenger cars in India, the leapfrog to EVs could be much faster and smoother because India does not have a huge number of vehicles to be scrapped. We do not have many internal combustion cars to be taken off the market. With an expected CAGR of 9 per cent, the automobile sector is bound to grow.

According to a report prepared by NITI Aayog and the Rocky Mountain Institute (RMI), the average trip size in India is 5-8 km. The share of non-motorised travel in India is 55-60 per cent. Moreover, 10 out of the top 20 most polluted cities of the world are in India. This cannot be ignored given that India is a signatory to various environmental agreements, the latest being the Paris climate agreement. Therefore, environmental concern is a major factor for India switching to zero emissions.

China has had the steepest growth in EV sales, particularly in the first two quarters of 2017-18, followed by Europe and North America. India certainly does not stand anywhere in this scenario.

Another study conducted by NITI Aayog and RMI on batteries found that the current price of batteries is $273 per kWh, which is expected to fall to $73 per kWh by 2030. These estimates do not account for India’s all-EV commitment by 2030. In order to fulfil these commitments, the country would require a battery production capacity of at least 20 GW. With such market demand, battery prices are expected to fall by another 16 per cent to $60 per kWh by 2030.

How do we meet this requirement? We need to have battery manufacturing in the country. We could also have the battery-swapping model. However, swapping has not succeeded globally, primarily because of the technology. Swapping batteries after every 30-50 km becomes cumbersome. Further, in the swapping model, one has to maintain a large inventory of batteries. The swapping model is a high asset, high capex kind of investment, which has not succeeded globally. In my opinion, the solution lies in having proper charging infrastructure in place. Tesla has disrupted the charging space with its plans to launch super chargers. Charging facilities can be set up at petrol pumps, office parking lots, public spaces and at home.

This poses the issue of grid balancing. Various software solutions have been developed to indicate the most appropriate time to charge a battery and the cheapest source at that time.

In addition, there is the issue of switching from one fossil fuel to another fossil fuelwhile charging. This can be resolved by charging batteries through energy generated from renewable sources. This is another important factor that needs to be taken into account.

Energy Efficiency Services Limited (EESL) has issued a tender for 10,000 EVs. The Karnataka and Telangana state governments have come out with policies for e-mobility and EVs. Himachal Pradesh has adopted 30 electric buses, which have been successfully deployed in the hilly terrain of the state. Ola Cabs has a fleet of 200 EVs along with charging stations in Nagpur. It is planning to invest Rs 500 million in EVs and charging infrastructure. Other players participating actively in this space include Indian Oil Corporation, Ashok Leyland, Sun Mobility, Hero Electric, Torque Motorcycles, TVS, Ather Energy, and Mahindra and Mahindra. Many of them are also coming forward with two-wheelers, three-wheelers or charging stations.

In my opinion, we should have a stable policy, which gives clear indications as to how to proceed. However, a lot depends on the industry as well; the industry should be investing in battery manufacturing. We should promote local manufacturing and not be dependent on repackaging cells. With rapidly changing technology, you never know how long lithium-ion will last since other battery technologies are also being aggressively explored worldwide. The industry has to come forward to develop EV infrastructure including charging stations so that customers gain confidence to invest in EVs. Further, we need to have a proper tax regime and provide greater clarity on the goods and services tax as well as other taxes that are applicable to EVs. NITI Aayog has released a study on penalising non-adherers of environmental norms via feebates while offering rebates to compliant companies and organisations. The government can also consider implementing a revenue neutral feebate policy. We should also have standardised protocols for charging EVs. 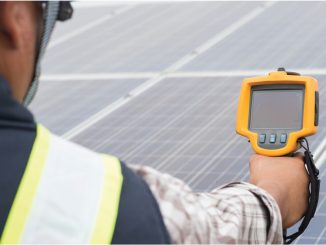 January 2018
With over $114 billion worth of investments in 2016, solar photovoltaic (PV) overtook wind energy to become the fastest growing renewable energy techn...
More 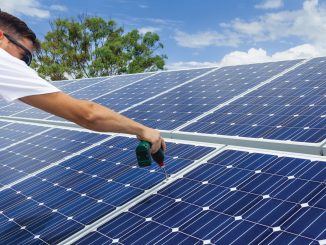 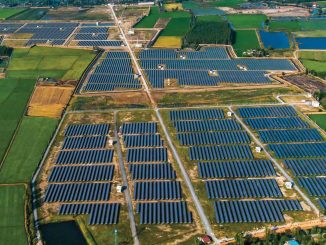